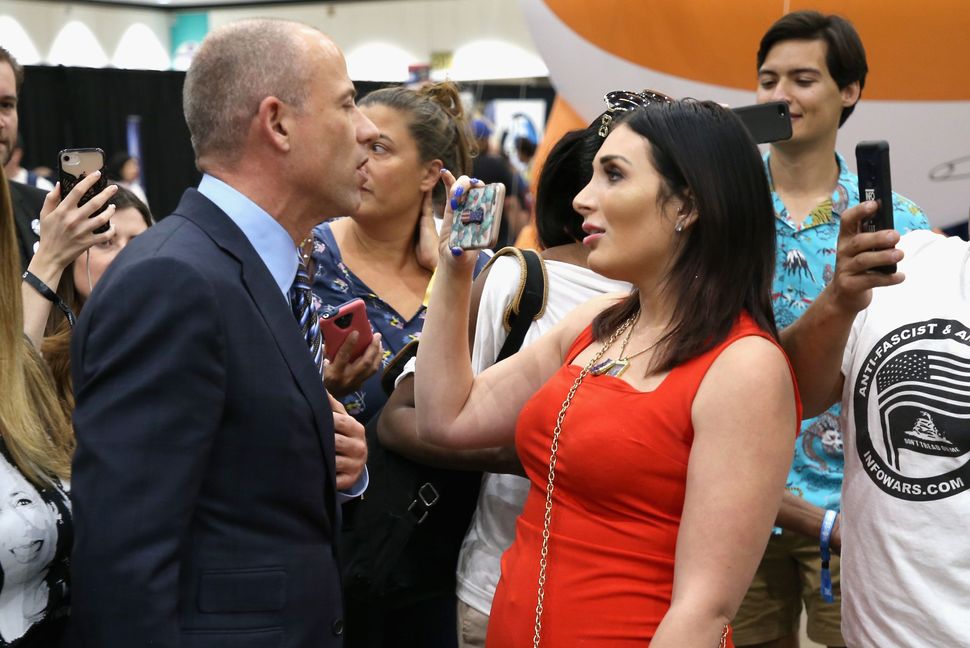 Loomer has been banned from several services for her racist and Islamophobic tweets. In November, Uber and Lyft banned her from using their ride-hailing apps, and Twitter unverified her account before deleting it. Loomer later wore a yellow star and handcuffed herself to a Twitter office building in Manhattan to protest her ban.

Yet according to Right Wing Watch’s report, base on a chat log and confirmed by a source close to the Jewish Voice, Loomer was given the password to the group’s Twitter account. She has apparently been using it to post strenuously pro-Loomer tweets, highlighting in particular instances where Loomer has tried to confront U.S. Representatives Ilhan Omar and Rashida Tlaib over comments they have made about Israel.

Laura Loomer was labeled as a “dangerous person” by Big tech today.

David Duke still has access to all social media.

Loomer is now banned on every single social media platform.

She exposed the women’s march as an anti-Jewish enterprise

Didn’t you once put a Nazi armband on in a video? ?

What have you done exactly?

Nothing, compared to Loomer. https://t.co/sBfZs0ybKS

In a statement to The Wrap’s Jon Levine about a separate story, Loomer said she was not a paid employee of the Jewish Voice.

The Jewish Voice publishes a print weekly newspaper, and leans conservative in its coverage. Its publisher did not respond to a request for comment from Right Wing Watch.