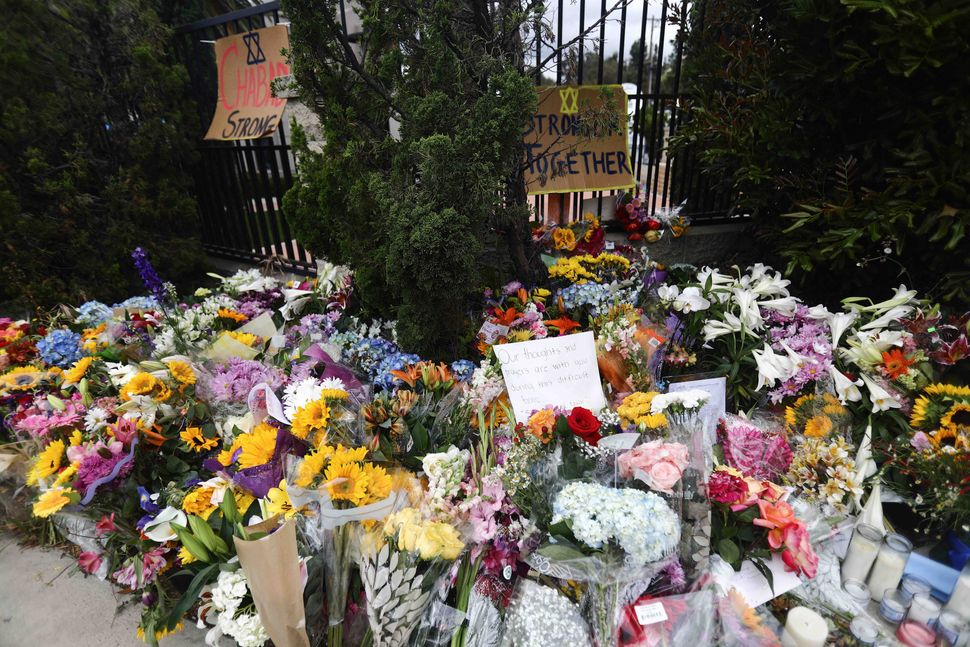 Flowers in front of Chabad of Poway, where a gunman killed one and injured three two weeks ago. Image by Getty

The man who killed one woman and injured three people at a synagogue in Poway, California, will face federal hate crime charges, a source told The San Diego Union-Tribune.

While the information came from a source close to the investigation, prosecutors said that a conference to announce “civil rights violations and hate crimes” in the case would be held Thursday morning.

The charges, including charges of murder and attempted murder, could make the shooter, a 19-year-old, eligible for the death penalty.

Earnest has also been charged in connection with an arson fire at a mosque in a nearby town.

Earnest’s family has said it will not pay for a defense attorney.