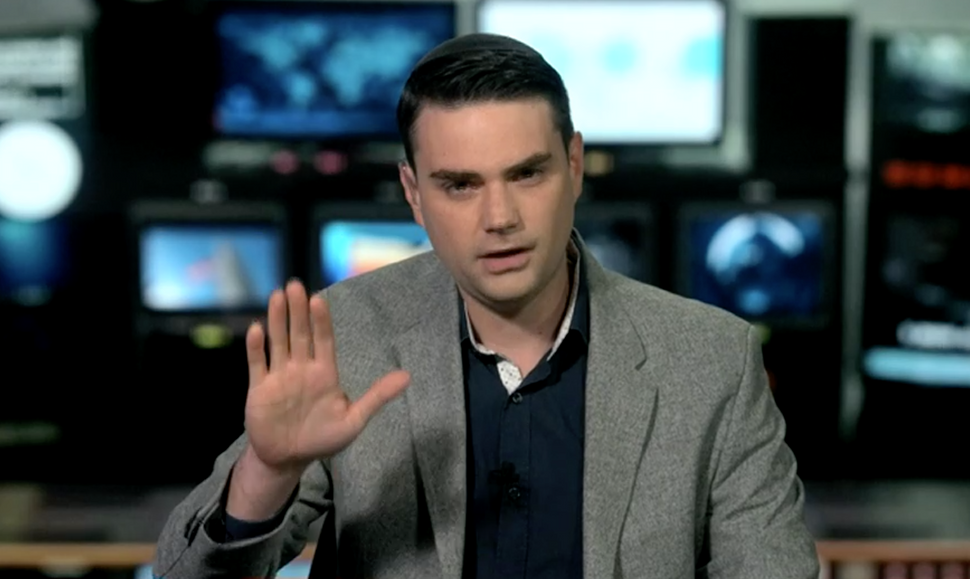 A fake photo of conservative commentator Ben Shapiro participating in the Unite the Right rally in Charlottesville has emerged online.

A Twitter user who goes by Deanis posted a clearly edited photo of Shapiro in a mob of white supremacists marching through the streets with torches, the ones who chanted “You will not replace us!” in reference to a fear of “white genocide” in the summer of 2017’s “Unite the Right” march. Deanis didn’t make the connection and perpetuated a rumor that the event was actually a gay pride parade in Los Angeles.

“Alt-right leader Ben Shapiro and his band of fascist goons protest a peaceful LGTBQ pride parade in LA. YouT*be allows and (I assume?) supports this?” Deanis captioned the photo.

Disinformation online, including fake photos, videos and other content, is a growing problem in the United States. Americans consider it a bigger problem than racism, climate change and terrorism, according to a new Pew Research Center study. Footage of House Speaker Nancy Pelosi, altered to make it look like she was sick or drunk, shored up support for President Trump during one of their recent confrontations.

Shapiro is a conservative thinker whose irritates people on the right and the left. He departed his job at Breitbart in 2016, citing his support of Breitbart reporter Michelle Fields in the wake of her poor treatment at the site following her assault by Trump campaign manager Corey Lewandowski at a campaign event. Milo Yiannopoulos and the “alt-right” don’t like him either, and in a 2016 study, the Anti-Defamation league announced that Shapiro was the target of the most anti-Semitic tweets that year. On the left, he’s gotten criticism for alleged Islamophobia.