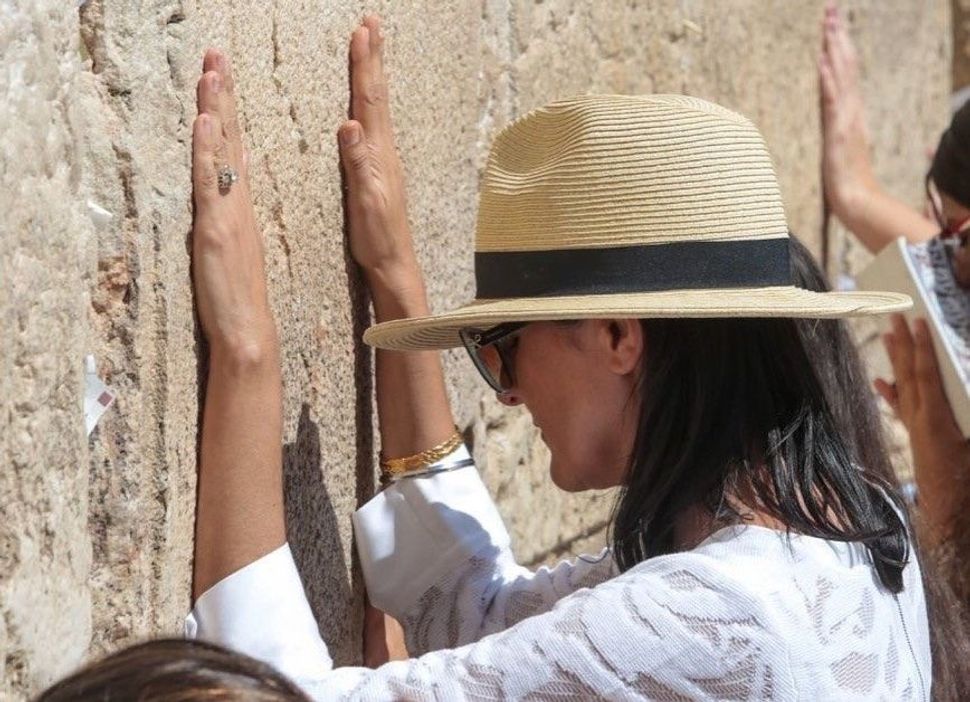 Nikki Haley Prays at the Western Wall Image by hnaftali

In the United States, Nikki Haley is known as a Republican former governor and former ambassador to the United Nations.

In Israel, she’s a “superstar” celebrity who has received the red-carpet treatment on her current visit, The Jerusalem Post reported.

Indeed, Haley’s image was recently painted on a mural in Jerusalem’s Mahane Yehuda market. Prime Minister Benjamin Netanyahu compared her to a “Maccabi.” She was squired to the Western Wall, Judaism’s most holy accessible site, where she placed a note in one of the wall’s cracks, in keeping with the tradition of ordinary Jews, as well as famous figures ranging from Prince William to Sarah Palin.

Haley is currently in Israel as the keynote speaker for the first annual Israel Hayom Forum on US-Israel relations. Israel Hayom is a popular pro-Netanyahu daily newspaper owned by Republican megadonor Sheldon Adelson and his wife Miriam. US Ambassador to Israel David Friedman will also speak.

Under Haley, South Carolina became the first state to enact an anti-Boycott, Divestment and Sanctions (BDS) law in 2015. As U.N. Ambassador, she vetoed Security Council resolutions condemning Israel’s settlements. Haley resigned from her post in October 2018.

Haley’s visit comes just days after her public support of the current controversial “Peace to Prosperity” Plan put forth by presidential advisor Jared Kushner, whom she has called a “hidden genius.”

In 2017, Haley visited Israel, stopping in Tel Aviv, the Old City in Jerusalem and the Golan Heights.