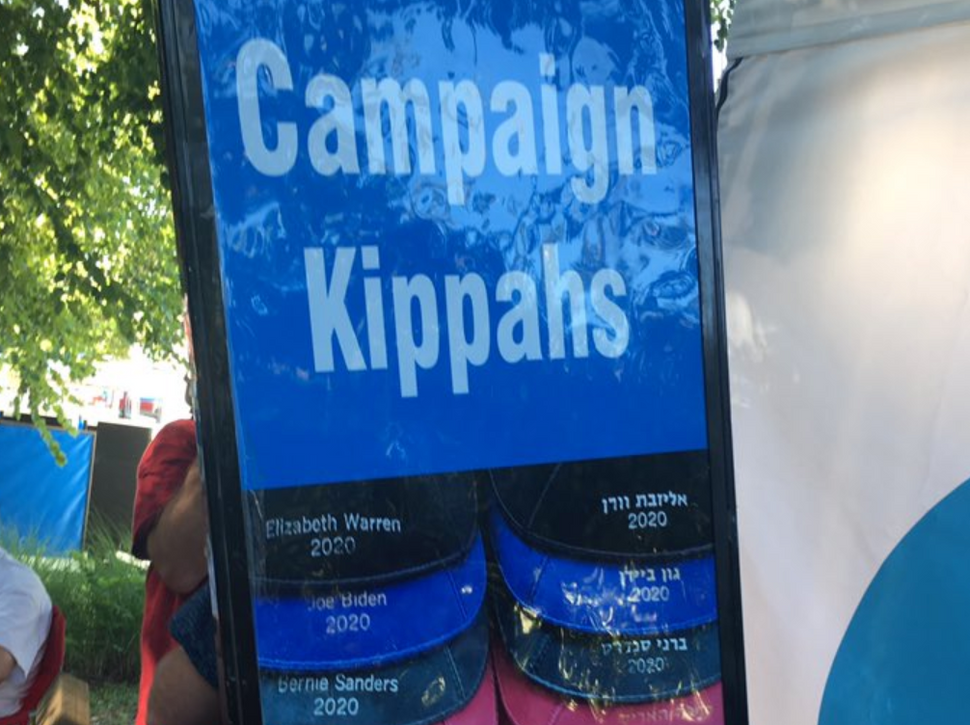 Democratic presidential candidates are spending the weekend giving speeches and eating fried food at the Iowa State Fair — where fairgoers can also check out personalized kippot promoting the political contenders.

After the @DMRegister Political Soapbox, I think this is my second favorite political thing at Iowa State Fair so far. pic.twitter.com/d78szp4pkK

Those politicians are hardly the only ones to offer branded yarmulkes — the Republican Jewish Coalition is offering red Trump kippot with a $100 contribution.