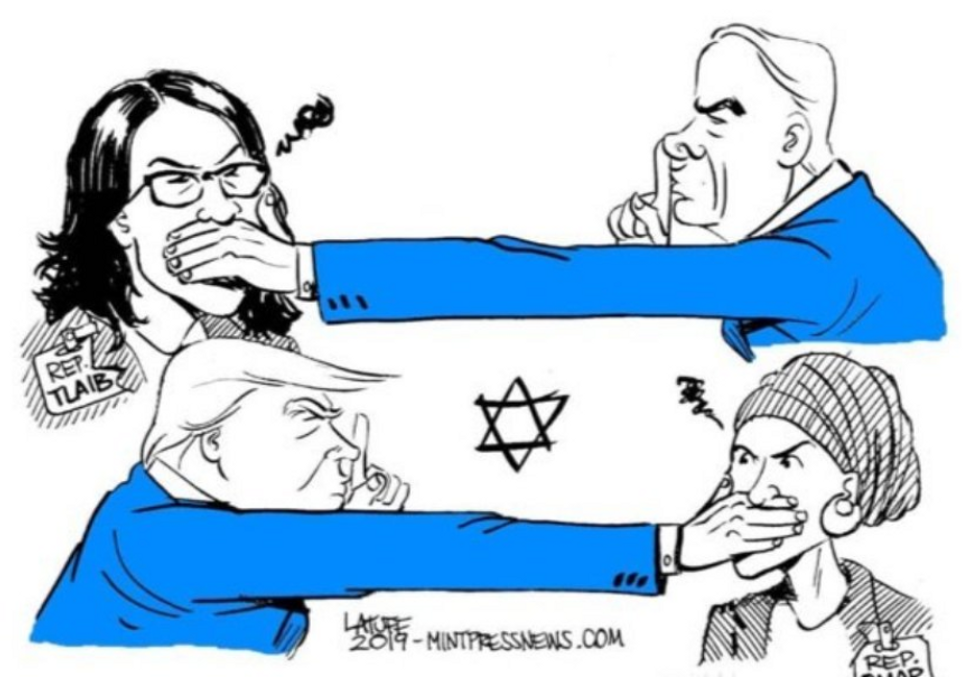 Rashida Tlaib and Ilhan Omar share a cartoon by a 2006 finalist of Iran’s Holocaust cartoon contest. Image by twitter

Omar and Tlaib posted the cartoon by Brazilian-Lebanese cartoonist Carlos Latuff, who came in second in the contest in 2006, to their Instagram stories over the weekend. It shows President Trump and Israeli Prime Minister Netanyahu placing their hands over the women’s mouths. They shared the cartoon in response to getting barred from Israel over their support of the BDS movement, which Trump encouraged.

Latuff has been criticized by Jewish organizations for comparing Israel to Nazi Germany. “My cartoons have no focus on the Jews or on Judaism,” he told the Forward in 2008. “My focus is Israel as a political entity, as a government, their armed forces being a satellite of U.S. interests in the Middle East, and especially Israeli policies toward the Palestinians.”