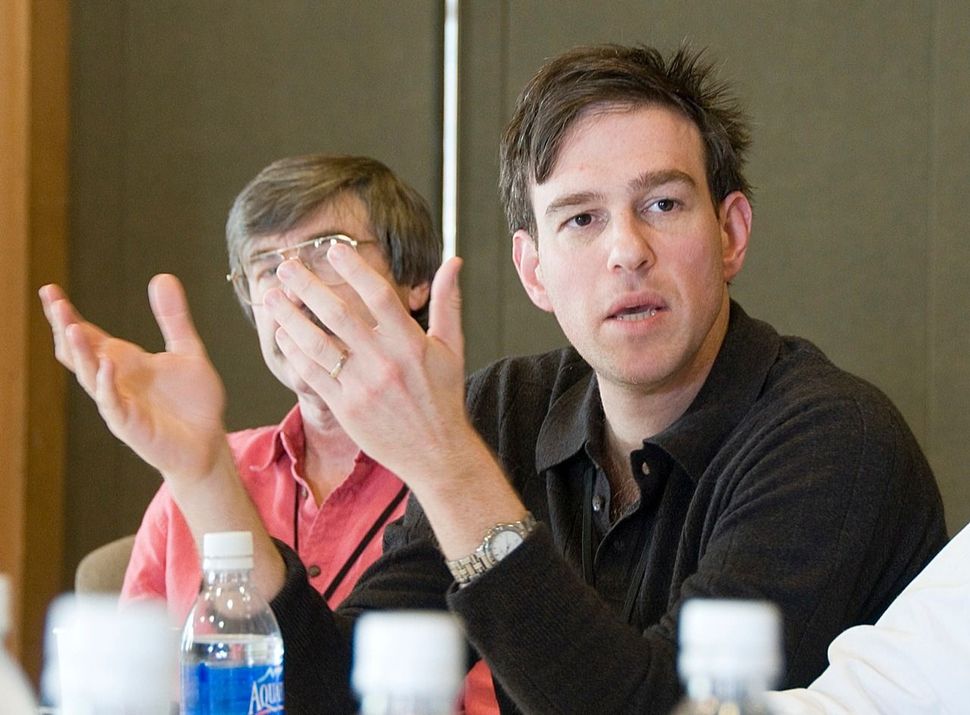 New York Times columnist Bret Stephens deactivated his Twitter account on Tuesday, one day after his over-the-top reaction to a professor’s joke about him on social media.

After reports emerged on Monday that there was a bedbug infestation in the Times’s office, George Washington University professor David Karpf tweeted, “The bedbugs are a metaphor. The bedbugs are Bret Stephens.”

Stephens, who is Jewish, is frequently criticized by high-profile liberals for his conservative takes on Israel, climate change, race and other charged topics – so much so that Times publisher Arthur Sulzberger Jr. had to send an email to angry subscribers in 2017 defending the hire of the Pulitzer Prize-winner. (Full disclosure: Jodi Rudoren, who will begin her role as editor-in-chief of the Forward next month, is currently a Times employee)

But despite the fact that that Stephens’s account wasn’t tagged and, according to Karpf, the tweet in question only got nine retweets and zero likes at the time, somehow the columnist found out about it – and not only sent him an angry email, but also cc’d the professor’s provost.

“I would welcome the opportunity for you to come to my home, meet my wife and kids, talk to us for a few minutes, and then call me a ‘bedbug’ to my face,” Stephens wrote. “That would take some genuine courage and intellectual integrity on your part.”

Karpf was upset that Stephens cc’d his provost. “He not only thinks I should be ashamed of what I wrote, he thinks that I should also get in trouble for it,” Karpf told The Washington Post. “That’s an abuse of his power.”

Stephens told the Post in an email late Monday night that his message to Karpf “speaks for itself.” But by Tuesday morning, Stephens was more contrite, writing one final message before deactivating his account.

“Time to do what I long ago promised to do,” he tweeted. “Twitter is a sewer. It brings out the worst in humanity. I sincerely apologize for any part I’ve played in making it worse, and to anyone I’ve ever hurt.”

Karpf, an expert on strategic communication, told the Post that he would be using the exchange as an example in his next class.

This is the third time this month that the Times has had to deal with a Twitter-based fracas.

On August 14, the Times demoted deputy Washington editor Jonathan Weisman after Weisman wrote a series of racially-insensitive tweets and then emailed the African-American writer Roxane Gay to demand an “enormous apology.”

And on August 22, senior staff editor Tom Wright-Piersanti apologized for newly-uncovered offensive tweets that were written while he was a college student.