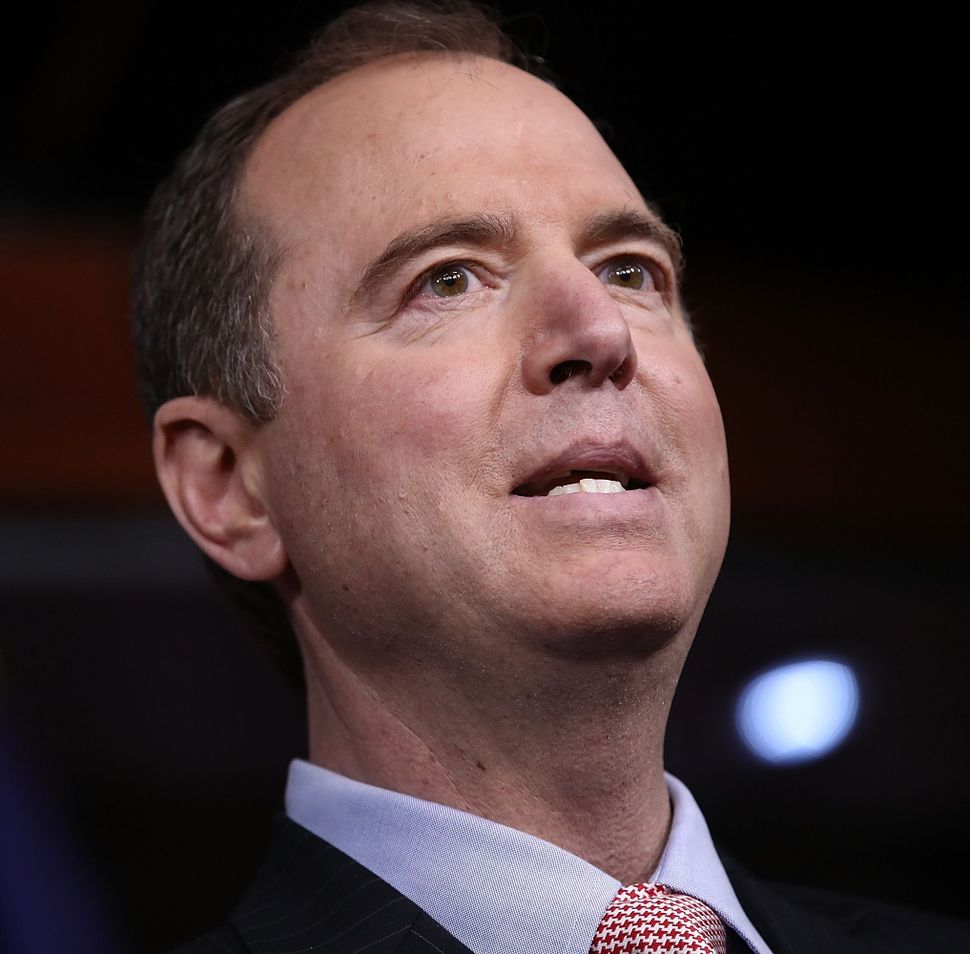 House Intelligence Chairman Adam Schiff is expected to face a vote of condemnation when Congress resumes after the high holidays, whether he does teshuvah or not.

House Republicans, led by Rep. Andy Biggs of Arizona, are planning to take a vote to formally condemn Schiff, one of the leaders of the Trump impeachment probe, Politico reported.

The move, which will occur when Congress returns from recess October 15, is unlikely to pass the Democrat-led House. But the measure has the support of a Minority Leader Kevin McCarthy of California and Minority Whip Steve Scalise of Louisiana. Schiff is accused of embellishing the transcript of the call between Trump and Ukrainian President Volodymyr Zelinsky and for lying about his prior knowledge of the whistle-blower complaint.

“We need to put everyone on record whether you approve of that type of conduct in conducting an impeachment inquiry,” Biggs, the chairman of the House Freedom Caucus, told Politico.

In a tweet posted October 7, Biggs claimed he had reached 73 co-sponsors on the motion.

We’re now up to 73 cosponsors on my motion to condemn & censure Adam Schiff.

Schiff, who is Jewish, and once wrote a screenplay about the Holocaust, has been the target of a number of attacks from the president, some of which employ tropes recognized as anti-Semitic.

The president’s son Don Jr. has also been attacking Schiff, stating that he was “hand-picked” by Democratic donor George Soros, a regular subject of anti-Semitic conspiracy theories about global control.

Today, Don Jr. tweeted,”Has Adam Schiff ever done anything that wasn’t fictional? He knows that no one will hold him accountable so why not score some cheap points! #FullOfSchiff.”