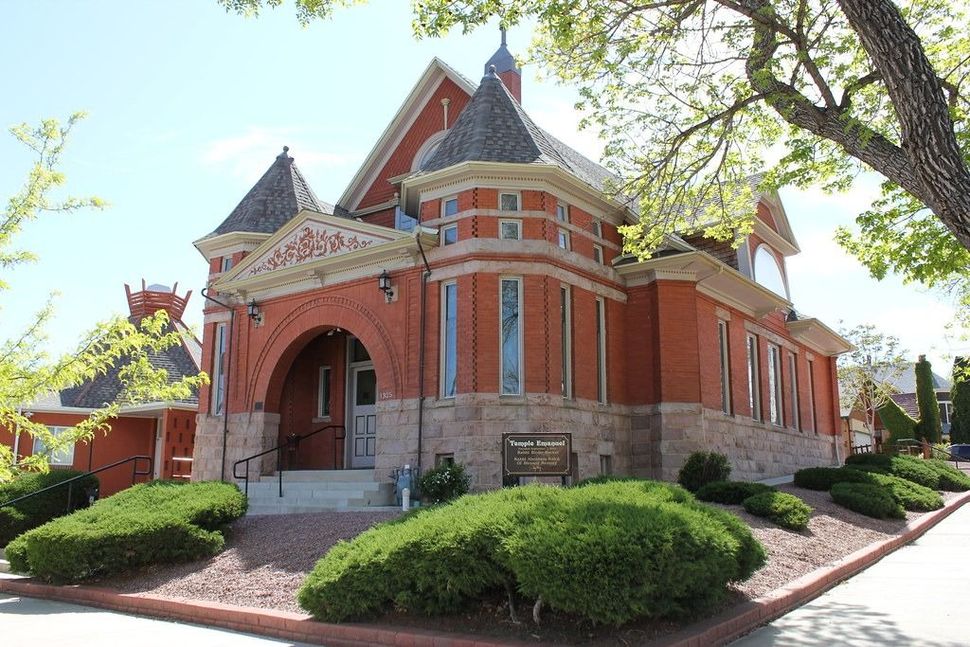 The president of the Pueblo, Col., synagogue that was targeted by a white supremacist hoping to bomb the building, is voicing his support for guns in the sanctuary.

Mike Atlas-Acuna, president of Temple Emanuel, has told reporters in recent days that he thinks it’s “crazy” for congregants not to arm themselves.

“We already have armed guards. We already have members of the congregation who are carrying weapons. I have a sign on the outside of our synagogue that says ‘This is not a gun-free zone,’” he told CPR News. “Churches, synagogues, mosques — places of worship are vulnerable soft targets. And for people not to be armed, they’re crazy. I mean, they’re just nuts. There’s a reality out there and we have to address that reality and that is we have to protect ourselves.”

He also shared his thoughts in an appearance on Fox News.

The plot to bomb the synagogue was revealed earlier this week, after the FBI unveiled charges against 27-year-old Richard Holzer, a white supremacist who hoped to destroy the synagogue building. Federal agents posed as sympathetic white supremacists and made him believe they were building a bomb he could use in an attack. On Friday evening last week, when they met with Holzer to go over final preparations for the bombing, they arrested him.

The affidavit included in the criminal complaint against Holzer included text from Facebook messages in which he used anti-Semitic language as well as anti-Latino slurs.

The bomb plot came less than two weeks after the one year anniversary of the shooting at the Tree of Life synagogue in Pittsburgh. Over the past year, Jews across the country have weighed whether to bring guns to synagogue, and many synagogues have spent their limited funding on security upgrades to protect against anti-Jewish violence.

Atlas-Acuna told CPR that Temple Emanuel is now planning to add security cameras to the outside of the synagogue. He also noted in interviews that the would-be bomber was a recent transplant to the Pueblo area.

“He is not a Puebloan,” Atlas-Acuna told CPR. “Puebloans have embraced this temple.”

The incident has brought national attention to a community of about 35 families that, while small, is historic: The synagogue was founded in 1900.

“We’re going to be here. We’ve been here for 119 years,” Atlas-Acuna said. “But we’re going to do what we need to do to protect ourselves.”