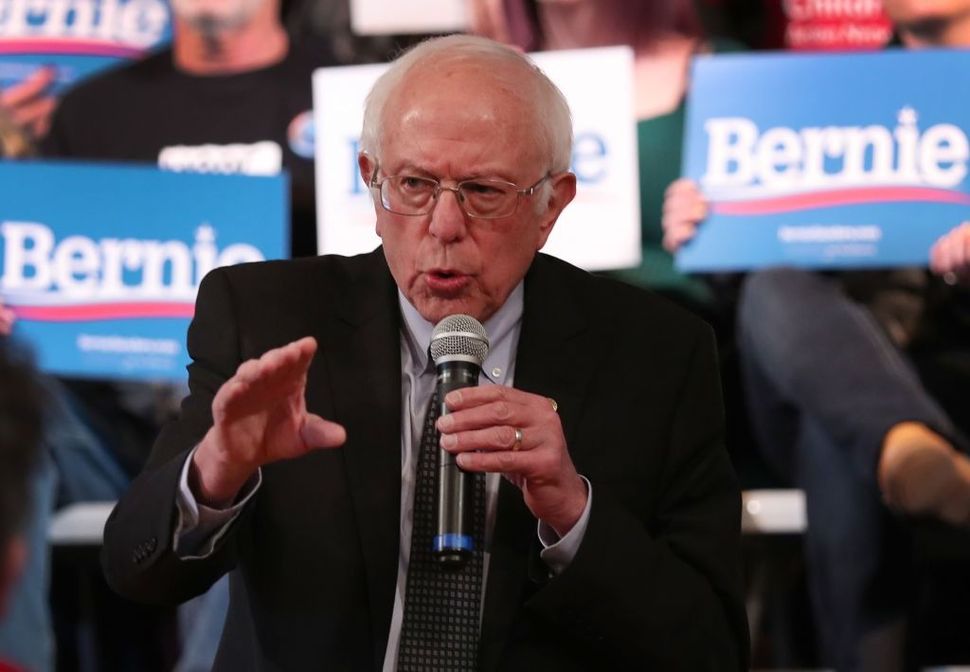 Sen. Bernie Sanders was asked at a town hall in New Hampshire on Thursday about how his Jewish heritage impacts his politics and worldview, and responded with his memories of being shocked by the lessons of the Holocaust, particularly after meeting survivors in his Brooklyn neighborhood growing up.

“That is why I will do everything I can to end the kind of divisiveness that Trump is fomenting in this country,” he continued. “We are one people, and I don’t care if you’re black, you’re white, you’re Latino, Native American, Asian-American, you’re gay, you’re straight. That’s not what it’s about. What it’s about is that we are human beings. We share common dreams and aspirations.”

Sanders’ answer, which was shared on Twitter by the account “People for Bernie,” has been seen more than a million times and struck a chord with many Jewish social media users.

American Jewish In The Sense That Existential Horror At My Family’s Holocaust Traumas Shaped My Egalitarian Political Commitments identity politics is my identity politics and it is really something to see them reflected in the Democratic frontrunner. https://t.co/Rwee3DnAmO

As a Jew, a refugee, and an American citizen, I found this to be a really moving answer. https://t.co/FCNxol9cmm

The realest evocation of what being Jewish means to me https://t.co/ZevSr3UXpv

During his 2016 campaign, Sanders was seen as reluctant to discuss his Jewish heritage or other personal details, but has done much more of that in this campaign cycle. He wrote an essay for Jewish Currents about his Jewish identity and how he thinks about anti-Semitism, and has more frequently spoken about his pride in potentially being the first Jewish president.

Sanders’ evocation of the Holocaust as a main aspect of his Jewish identity is common with many American Jews. According to the 2013 Pew Survey of American Jewry, 73% of Jews say that remembering the Holocaust is essential to what being Jewish means to them — a more common answer than any other option, including leading an ethical and moral life, being intellectually curious, or observing Jewish law.

However, polls have consistently shown that Sanders has less support among Democratic Jewish voters than he does from the general Democratic voting population.