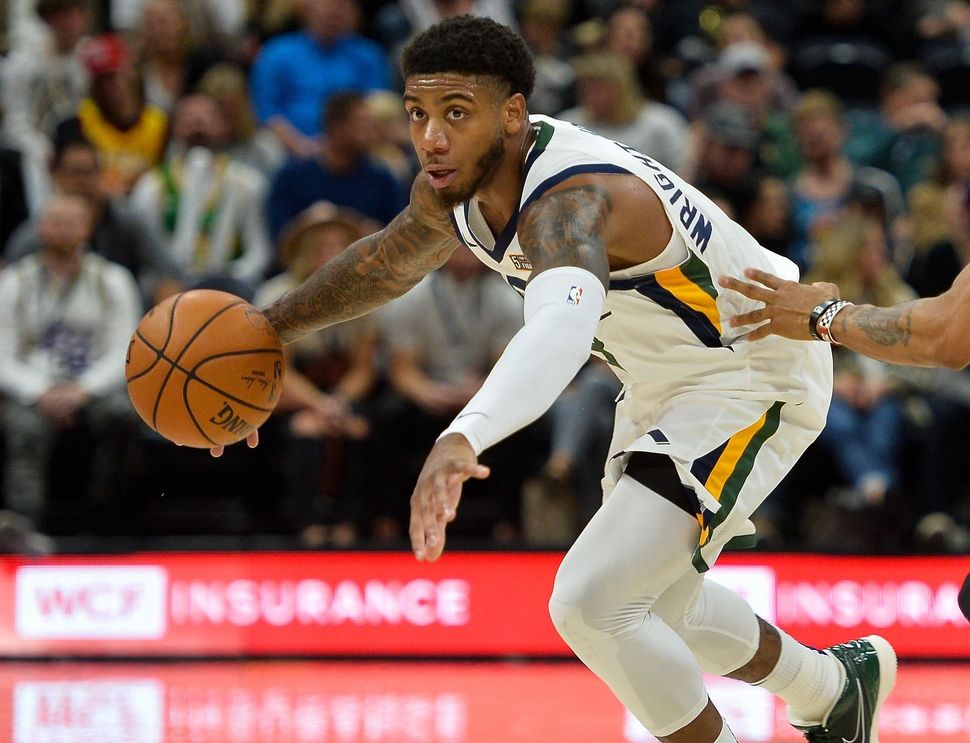 Justin Wright-Foreman during a an NBA game in October 2019. Image by Getty

An NBA rookie received criticism from a Jewish woman after he retweeted a message of support for Nick Cannon, the actor who made references to conspiracy theories of Jewish societal control in a recent episode of his podcast.

So the rookie called the woman to apologize.

Justin Wright-Foreman, point guard for the Utah Jazz NBA team, called Jill Spector — a fan of the Jazz — over the weekend to apologize in person for the retweet, which read “Nick Cannon said nothing wrong. Everyone just sensitive and hates the truth.”

Cannon’s comments drew wide rebuke from Black public figures besides ending a lucrative relationship with ViacomCBS, and came on the heels of two other recent instances of Black celebrities posting denigrating quotes or memes about Jews to social media. Cannon has apologized for the comments.

Spector had commented on Wright-Foreman’s Facebook page, and he called her out of the blue on the Messenger app. They ended up speaking for nearly 20 minutes, and afterward Spector felt ready to forgive him, she told a local TV news station.

Spector’s husband, Rabbi Sam Spector, leader of Kol Ami — the largest Jewish community in Salt Lake City — said it was a testament to Wright-Foreman’s character that he called Spector just to apologize, without an eye to the possible PR repercussions of calling a complete stranger.

“It’s human to make mistakes, but that’s what people do,” Sam Spector said.

Wright-Foreman said he would come to the synagogue to play basketball with the community’s kids.

“It went from a story where Jewish people were kind of hurt, to saying this is a great guy who wants to understand our community better,” said Sam Spector.