When it comes to rabbis scheduled to speak, it’s DNC 2, RNC 0 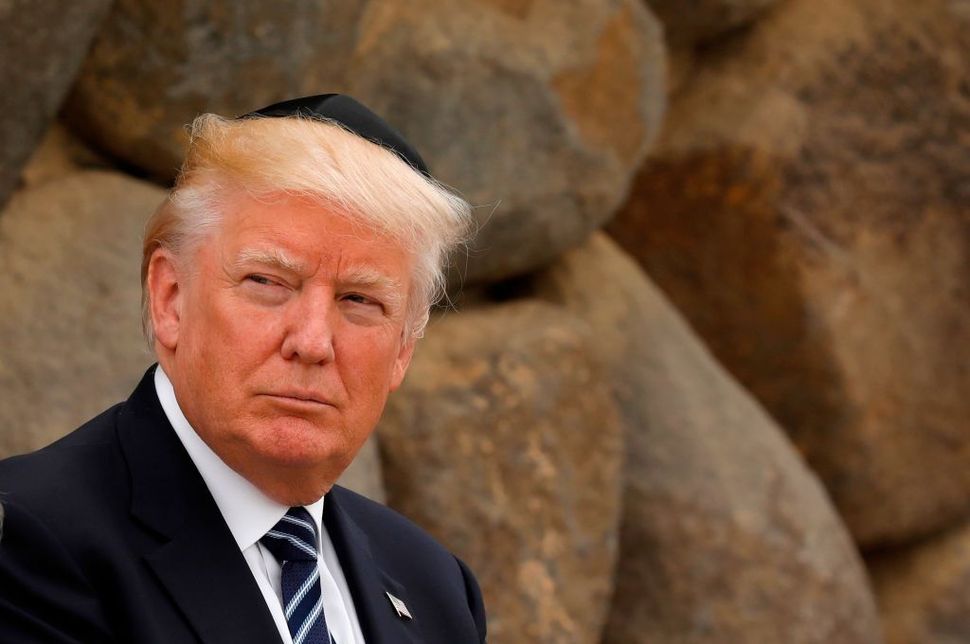 But so far, no rabbinic representation has been announced in the publicly-available schedule for the Republican National Convention, which began Monday morning.

The absence this year is conspicuous as Republican leaders hope to lean on the Trump administration’s pro-Israel policies in an attempt to make a dent in the Jewish vote, which has been solidly Democratic for generations. Secretary of State Mike Pompeo will speak to the party convention via satellite from Israel on Tuesday, breaking a longstanding norm that the nation’s top diplomat stays out of domestic politics.

During the last Republican National Convention in 2016, a rabbi asked to give a benediction quickly became the center of controversy. Rabbi Haskel Lookstein, a Modern Orthodox rabbi who presided over the conversion of Ivanka Trump, was invited to give a prayer before backing out after receiving criticism from his New York City congregation.

While no rabbis appear to be scheduled for this year’s Republican convention, Rabbi Joshua Stanton, a Reform rabbi from New York City, will be delivering an invocation at a breakaway conference for anti-Trump Republicans on Monday night, JTA reported.

President Trump received nearly a quarter of the Jewish vote in 2016, and still enjoys strong and enthusiastic support from segments of the Orthodox and secular Jewish communities. Rabbi Shmuel Kamenetsky, a Haredi Orthodox leader, issued a rare endorsement of Trump last month.

When it comes to rabbis scheduled to speak, it’s DNC 2, RNC 0