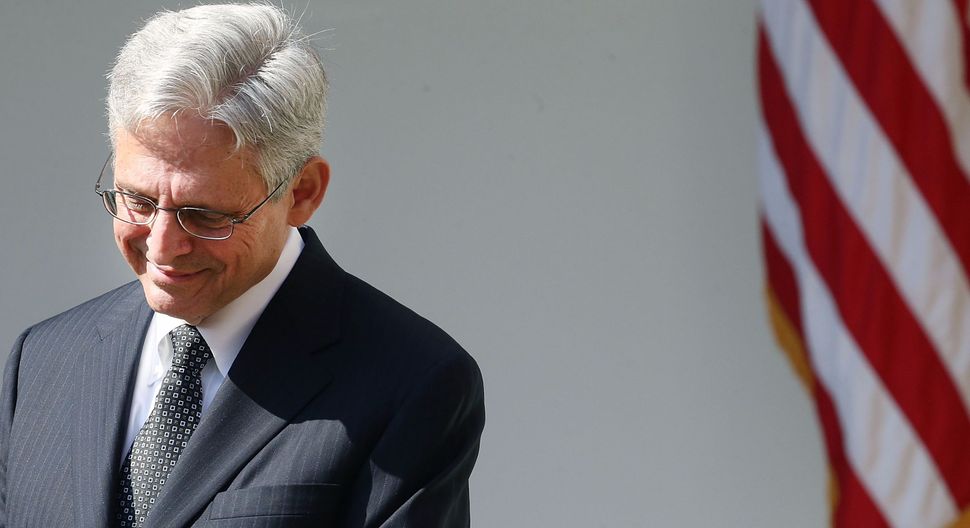 Merrick Garland would have become the fourth Jewish member of the Supreme Court. Now all indications are he’ll become the next attorney general.

According to Politico, Joe Biden will nominate Garland to the country’s top law enforcement post.

Garland, whose nomination to the Supreme Court by President Barack Obama was thwarted by Senate Republicans, is currently the top judge on the United States Court of Appeals in D.C. With Democrats expected to flip both Georgia Senate seats and take control of the chamber, Biden will have an easier time getting Garland’s replacement to the court confirmed.

Biden had reportedly also been considering former deputy attorney general Sally Yates and former Sen. Doug Jones, an Alabama Democrat, for the position. Jones was expected to have an easier time being confirmed if Republicans controlled the Senate during Biden’s first two years in office.

Obama nominated Garland to fill Antonin Scalia’s seat on the Supreme Court in 2016 but Senate Majority Leader Mitch McConnell, R-KY, refused to hold hearings and cited the so-called “Biden Rule” that Supreme Court nominees not be considered in election years.

Garland grew up in the Jewish Chicago suburb of Skokie and attended Harvard Law School before becoming a federal prosecutor and investigating the Oklahoma City bombing.

“He’s a total mensch,” said Jay Michaelson, a former Forward columnist who once clerked for Garland said in a 2019 interview. “I found Merrick Garland to be culturally, though not religiously Jewish, but inspired by the highest values of our ethical and social justice traditions.”

Garland invoked his family’s Jewish history during the push for his confirmation to the court.

“My grandparents left the Pale of Settlement…in the early 1900’s, fleeing antisemitism and hoping to make a better life for their children in America,” Garland told reporters in the Rose Garden, flanked by President Obama and Vice President Joe Biden.

Widely considered to be a judicial moderate, Biden’s reported selection of Garland fulfills his goal of naming highly experienced officials to important cabinet positions while throwing red meat to a Democratic base still stewing over how Garland was snubbed by Republicans who would go on to force through their own Supreme Court nominee just weeks before a presidential election.