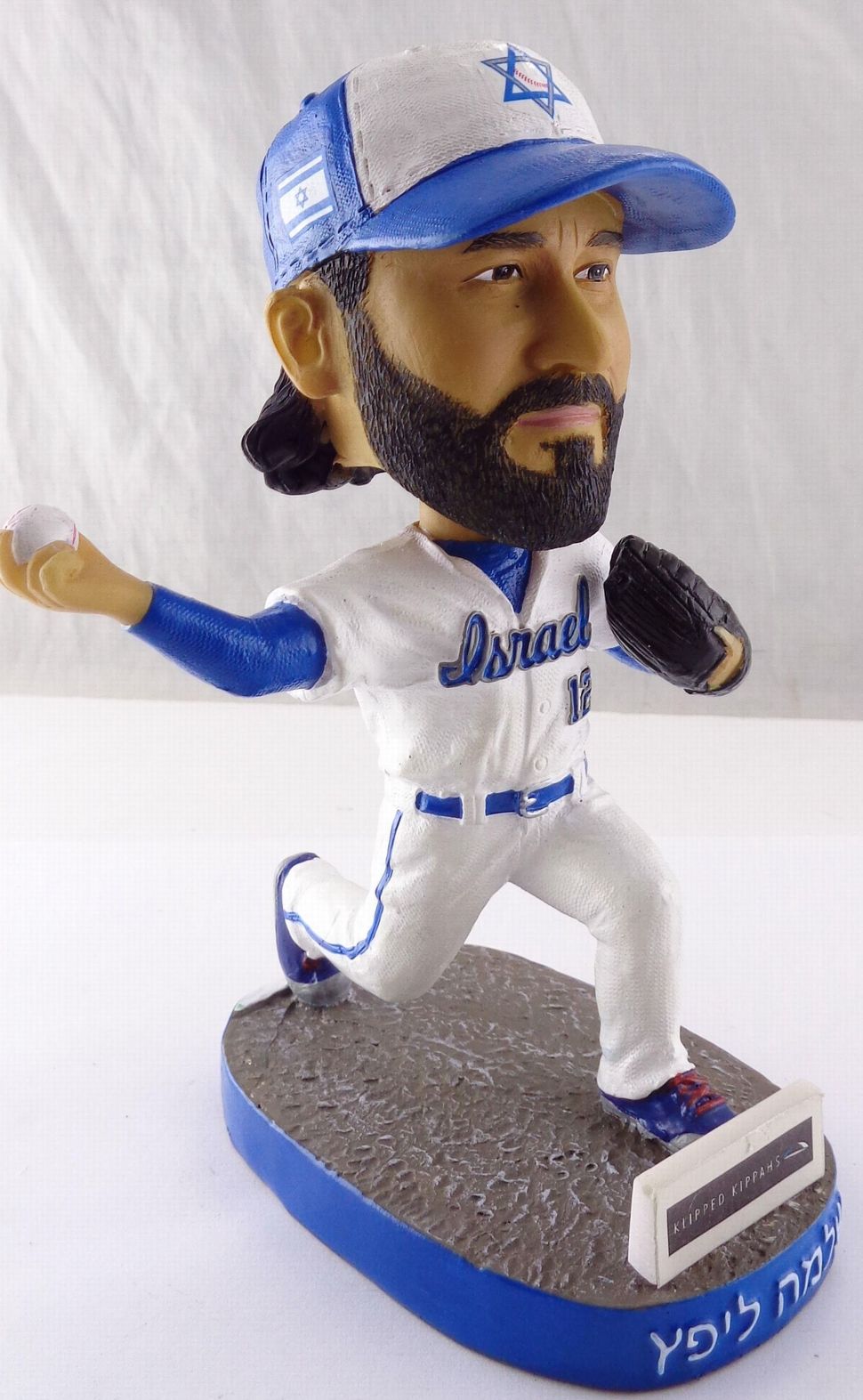 The Israel Baseball Shop has released a limited edition bobblehead of Team Israel pitcher Shlomo Lipetz. The longest-tenured member of the Israeli National Baseball Team, Lipetz has played for the Israeli Baseball League since pitching in its inaugural season in 2007.

The bobblehead, sponsored by custom yarmulke company Klipped Kippahs, features a mid-sidearm pitch and Lipetz dressed in his #12 Team Israel uniform. The pitcher’s name is written on the mound in Hebrew.

“Shlomo Lipetz holds a legendary place in the evolution of baseball in Israel,” said Zack Raab, the marketing manager of the Israel Baseball Shop. “We decided this would be a fun and memorable way to celebrate his continued success with the Israeli National Team and commemorate his soon-to-be-cemented status as an Israeli Olympian.”

The collectible bobbleheads are individually numbered and are expected to ship both within the United States and internationally in late July to early August. Lipetz’s image is also featured on a t-shirt that says ‘Shlo Motion.’

The shop’s other merchandise includes hats, sweatshirts and t-shirts with player’s names and numbers and affords the opportunity to buy a mass-produced jersey with “Katz” or “Rosenberg” across the back.

Lipetz, 42, has been playing baseball since falling in love with it as a child on a visit to New York City and starting a team in his hometown of Tel Aviv. He played in the 2013 and 2017 World Baseball Classic Qualifiers and pitched the final out of the September 2019 Europe/Africa Olympic Qualifier that gave Team Israel a spot in Tokyo.

“I don’t think anyone expects baseball to become the leading sport in Israel — it’s a niche sport,” Lipetz told the Forward in March 2017. “What we can expect and hope for is that the number of people playing will continue to grow.”

Now headed to the Olympics with Team Israel, one of six countries competing in the sport, Lipetz said that the opportunity to represent the Jewish state in Tokyo is “fulfilling a dream I never dreamt of having.”