Looking to follow Team Israel at the Olympics? This duo has you covered. 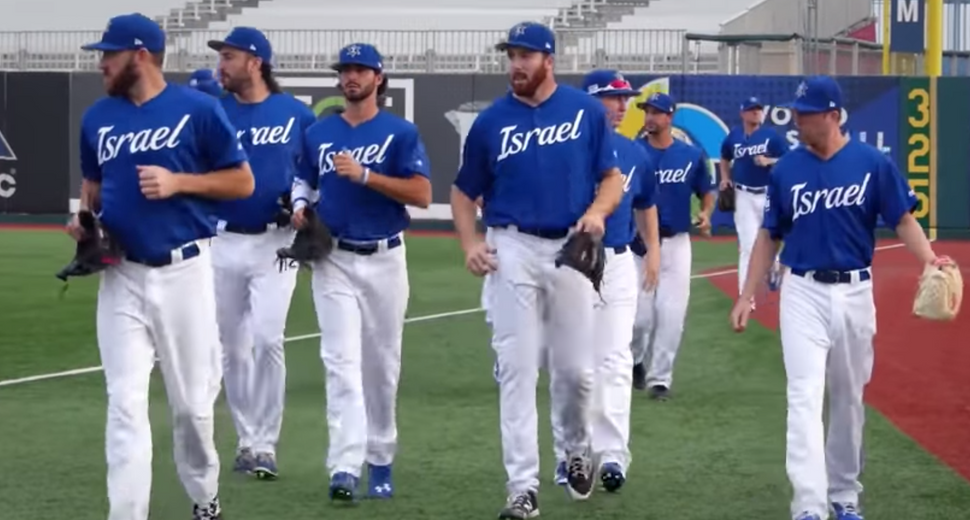 David Wiseman and Shari Wright-Pilo were at the 2019 Tel Aviv Grand Prix when Israeli judoka Or Sasson won the gold medal. As the press section swarmed him with cameras and rapid-fire questions in Hebrew, Wright-Pilo was recording on her phone and decided to try something. She asked the judoka, “Ori, can we have a few words in English?” He turned toward her voice, as if in slow motion, and recognized her immediately. He replied, “Sure, Shari, no problem.” 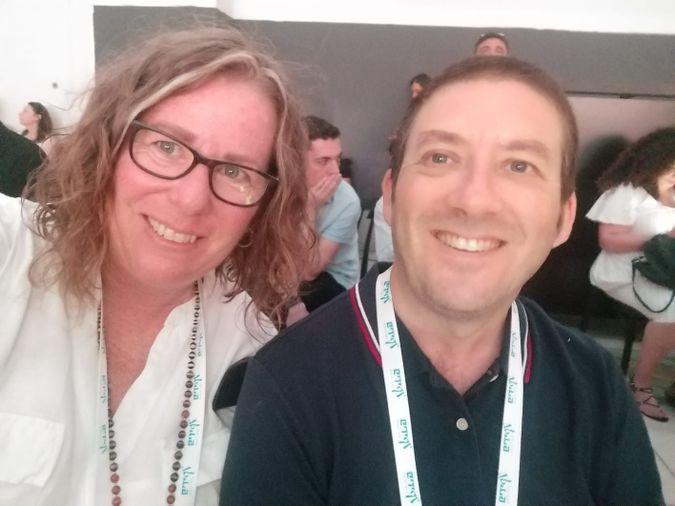 David Wiseman and Shari Wright-Pilo are the co-founders of Follow Team Israel. Courtesy of David Wiseman

To Israeli athletes like Sasson, Wiseman and Wright-Pilo are widely-known as the co-founders of Follow Team Israel, a social media page that reports Israeli sports news in English to more than 22,000 followers across Facebook and Instagram.

“Our whole mission statement is to connect the fans with the athletes,” Wiseman said. “I think we’re loved and appreciated from both sides of the equation because of that.”

The page was conceived a few months before the 2012 Olympic Games in London and has become a passion project for lifelong sports fans Wiseman and Wright-Pilo, who both work in digital marketing.

Wright-Pilo, who grew up playing softball and figure skating in Canada before moving to Israel, wanted to help her daughter learn English while nurturing her love of sports. She asked on Twitter if anyone had seen any news about Team Israel in English. “David jumped in with his usual ‘No, why?’”

An Australian transplant to Jerusalem and the husband of one of her close friends, Wiseman is what Wright-Pilo calls a “sports genius.” After talking, the two of them decided to build a Facebook page to fit the niche they were missing.

“The Israeli Olympic Committee barely had a social media presence, let alone one in English,” Wiseman said. The first athletes he and Wright-Pilo met with hadn’t thought to post about their sports on Facebook, he said.

As an “early adopter” of spreading news on social media, Follow Team Israel steadily grew to 5,000 followers in the next six years, Wiseman said. At the 2018 Winter Olympics, the page posted a few videos of Israeli athletes that went viral. The page’s following doubled in three days.

Although Team Israel typically sees spikes of attention around the Olympics, Wright-Pilo and Wiseman regularly travel throughout the country to events both in Tel Aviv and Jerusalem and in smaller cities. “You realize it’s like a plant. You have to tend to it constantly,” Wiseman said. “You can’t neglect your fans. In that regard, we sometimes have to aggressively pursue content.”

‘We’re here for the athletes’ stories’

Wright-Pilo and Wiseman choose to make the page’s tone distinctly positive, focusing on the athletes’ journeys rather than reporting scores. “Success is quite seldom, which is why it’s celebrated so passionately when it happens. There’s always going to be defeat and failure, but that’s not what we’re here for. We’re here for the athletes’ stories,” Wiseman said.

Their personal approach resonates with followers, many of whom are more excited about rooting for Israel than the intricacies of the sports themselves, he said. While the largest portions of Follow Team Israel’s audience are in Israel or English-speaking countries – a third of its followers are in the United States alone – it reaches fans from Brazil to the Philippines.

As Israeli athletes and federations have grown their social media presences, so has Follow Team Israel. Sports journalists recognize Wiseman and Wright-Pilo, and players often share their posts. “We try to be as clean and as branded as possible,” said Wright-Pilo, who makes their graphic design templates.

To gear up for this summer’s Olympics in Tokyo, Wright-Pilo set up three screens on her kitchen table to juggle watching the competitions, working her full-time job and running the page. Wiseman is taking two weeks off from work to focus on the Games, but Wright-Pilo will cover for him on Shabbat, she said.

Wiseman, who has been in Israel since 2004, noticed a vast increase in attention toward Team Israel in anticipation of the 2020 Olympics. He and Wright-Pilo are hoping to harness some of that excitement. “By far, there’s been more high expectations and awareness for this team than any other,” Wiseman said. “Even if we can claim 0.5 or 1% of that, it’s a privilege.”

When asked about which Israeli athletes to watch in Tokyo, Wiseman said, “It’s like asking which of your kids is your favorite. The answer is all 89 of them.”

Looking to follow Team Israel at the Olympics? This duo has you covered.