Meet The Only Israeli Baseball Player On Team Israel 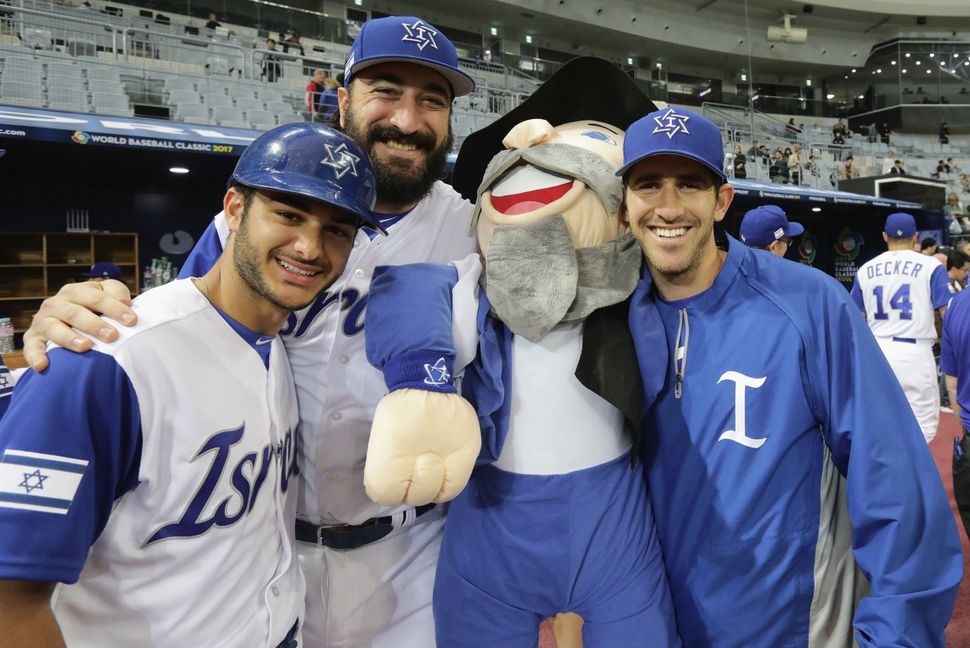 Before there was baseball in Israel, there was Shlomo Lipetz.

A 7-year-old Lipetz fell in love with the sport back in 1986, after visiting New York City and catching his first game. When he returned home, he helped start the first team in Tel Aviv. Three years later, he played on Israel’s first national team – at a Little League regional qualifier at the Ramstein Air Force Base in Germany.

Now, at 38-years-old, Lipetz is still representing his country in a big way. He was the only Israeli player on Team Israel at the 2017 World Baseball Classic, while the rest of the roster was comprised of American Jews.

We spoke with the pitcher about the game’s growth in Israel, the team’s success and what it was like being the only Israeli on the roster.

How did you first get into baseball?

It began on a visit to the States in 1986. I was born and raised in Israel, but my mom was born in the States, so I have some family there. On one of those visits, I came to New York and my uncle took me to see the Mets. That was my first exposure to baseball.

I came back and asked a bunch of friends in my second grade classroom if they knew what baseball was. One of the kid’s dads played softball, and he helped put together the first team in Tel Aviv. That was the root of baseball in Israel. It wasn’t until [later that year] that the IAB (Israel Association of Baseball) was founded.

The year after that was the first year that Israel ever fielded a national team. I was part of that first little league national team that played at a tournament in Ramstein, Germany. And I’ve been playing for the national team ever since.

Back then, there was no baseball on TV. I lived on having family occasionally send me some baseball cards; I had a respectful baseball card collection. Once a week, I used to go to a friend’s house who lived on the 10th floor, and was able to adjust his antennae to receive a station from Lebanon that used to show a recorded game on Saturday. That was the extent of baseball for the longest time.

Have you seen the game grow in Israel since then? Do you think the team’s success in this tournament will make it more popular there?

I don’t think anyone expects baseball to become the leading sport in Israel – it’s a niche sport. What we can expect and hope for is that the number of people playing will continue to grow.

For that to happen, we need to finally have a baseball field. We just lost the license to play in the only fully regulated field, so as of right now, there’s not a single baseball field in Israel, only a couple of converted soccer fields. That’s where this tournament comes into effect. The exposure will hopefully allow the IAB to find the mensch that will donate money for a baseball field.

Secondly, you need to create a generation of role models. If you ask any kid shooting hoops in Manhattan or Brooklyn about their role models, they can give you at least 2-3 players that they imitate and watch on TV, and it’s the same thing with baseball. You need to have a generation for kids to look at and say, ‘I want to be like this player, I want my swing to look like this. I want to be able to catch a ball and throw a ball like this player.’ And to have a group of players at the WBC, that yes, they’re not Israelis, but they’re Jewish and they’re relatable — I’m hoping that some of the kids in Israel that are now contemplating what sport they want to get into will say, ‘oh, this is cool. I want to be able to one day play in the big leagues and play in the World Baseball Classic and wear Israel across their chest.’

For the first time, ever, the first page of a major sports section was just about baseball. There was a huge sector of the population that probably didn’t even know that baseball existed, or existed in Israel, so that was a big step for us.

You were the only Israeli on Team Israel. What was that like?

I felt comfortable with my position, being the poster boy of Israeli baseball. In a way, I wish that there were 3-4 more players that were good enough to be able to say that they seriously deserved to be on the team. But the truth of the matter is that there are a bunch of players playing now, but none are at the highest level. From [manager] Jerry [Weinstein]’s perspective, he was hired to win games, and if half the team had been Israeli, we wouldn’t have won a single game.

Me being Israeli, I tried to have as much of it rub off on the players as possible. Politics was something that was talked about a lot in the clubhouse. Israeli baseball was talked about a lot. At least 10-12 of the players were in Israel a couple of months earlier, and they got to see some of the things that I was talking about, and it was nice for them to be able to relate.

We had a very special relationship in the team and a really interesting dynamic. Physically and skill-wise, I’m not at the same level other players were because they’re playing professional baseball and I’m not, but we definitely saw eye-to-eye on a lot of things, and there was a lot of mutual respect. They kept mentioning that they were playing for Israeli baseball and for Israel to be able to have a field. Even though I wasn’t playing, I was a big reason why they were there, because I was part of the original crew that was playing ball there.

A lot of attention was paid to the players wearing kippot for the national anthem before the games. Whose idea was that?

It was someone from the IAB. Everyone took it at face value – I’m not religious in any way. None of the other Jews on the team wear kippahs normally. You don’t have to be Jewish to be an Israeli, but because of the rules of the WBC, you had to be Jewish to play for Team Israel. It was something we did to bring everyone together and show that we are unified.

This interview has been edited and condensed for clarity.

Meet The Only Israeli Baseball Player On Team Israel