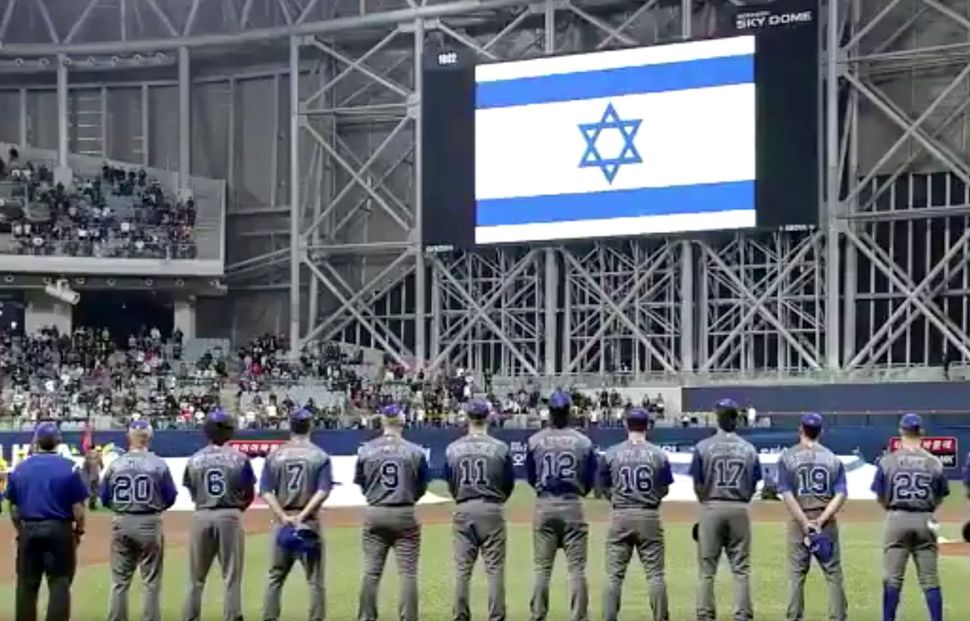 Israel’s World Baseball Classic squad is almost entirely made up of American Jews, but the team has put on a heartwarming display of Israeli pride and camaraderie before each of their games at the tournament.

During the playing of Hatikvah, the Israeli national anthem, the players took off their baseball caps and replaced them with matching blue kippot.

Team Israel, which was 200-1 odds to win the World Baseball Classic, is now 2-0 and has already qualified for the next round. They face the Netherlands on Thursday morning.