In an attempt to discredit one of the investigators in his sexual assault inquiry, former New York Gov. Andrew Cuomo referred to Chuck Schumer, the Senate majority leader, as his questioner’s “rabbi.”

That’s according to the transcript released Wednesday by the office of state Attorney General Letitia James. 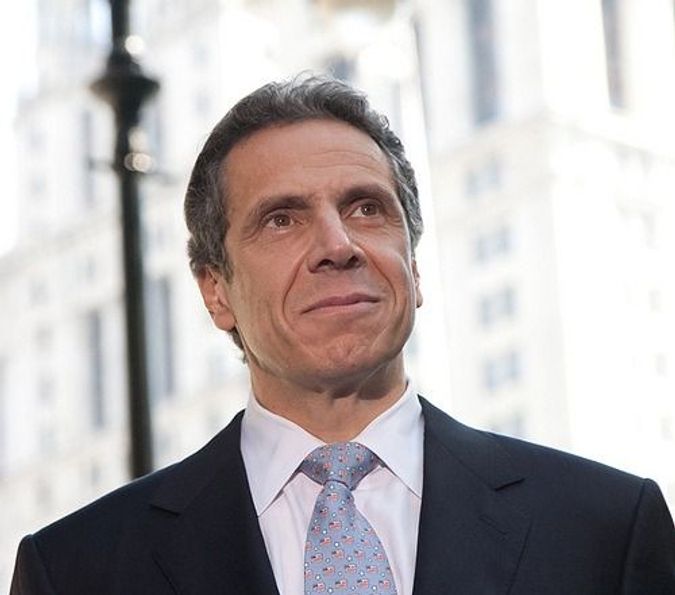 In a contentious 10-hour interview under oath on July 17, Cuomo told Joon Kim, a former acting U.S. attorney, one of the attorney general’s investigators, that the inquiry “raises ethical and legal questions” because “your rabbi, Senator Schumer, called for my resignation.”

Schumer is the highest-ranking Jewish elected official in American history. In March, following reports of allegations of sexual misconduct, Schumer and other senior Democrats called on Cuomo to resign.

Cuomo, according to the transcript, also referred to Schumer as the rabbi of Preet Bharara, a former U.S. attorney who previously served as chief counsel to Schumer.

Some cautioned that calling Schumer a rabbi was no insult to Jews. Jeremy Burton, the executive director of the Jewish Community Relations Council of Greater Boston, tweeted: “To be fair, I can attest firsthand that in NY politics, going back at least 30-40 years, people often refer to one’s political patron (of any faith or identity) as a “rabbi.”

To be fair, I can attest firsthand that in NY politics, going back at least 30-40 years, people often refer to one’s political patron (of any faith or identity) as a “rabbi.”

This is not the first time Cuomo has made comments about Jewish people that have raised eyebrows. In an extensive profile of Cuomo in the New York Times Magazine earlier this year, journalist Matt Flegenheimer reported that during the 2006 campaign for attorney general, Cuomo expressed frustration that he had to attend a Jewish outreach event during Sukkot. “These people and their f***ing tree houses,” Cuomo said at the time, according to two unnamed sources.

During the 2018 gubernatorial campaign, Cuomo, who is Catholic, poked fun at a Jewish consultant, Hank Sheinkopf, for his “ugly” dance moves during remarks at a Black church.

“We are not as without rhythm as some of our Jewish brothers and sisters,” Cuomo said, comparing Catholics to Jews.