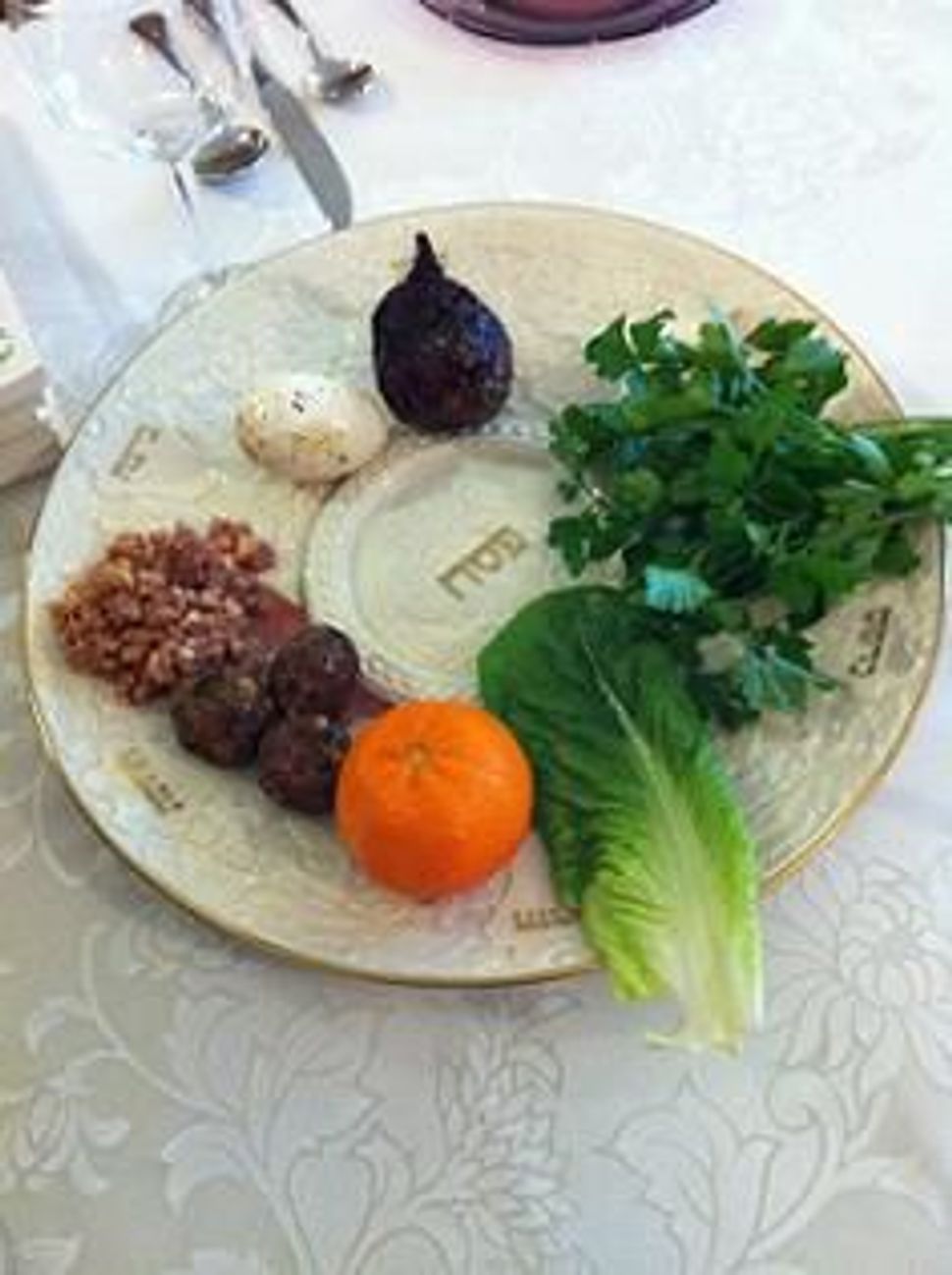 James E. McWilliams wrote in a recent NYT Op-Ed, “The Myth of Sustainable Meat,” that consuming animal products can never be sustainable, even when approached with an eye toward ecology. He breaks out his calculator, multiplying the number of cows that Americans currently eat by the number of acres required to farm them responsibly. The result: an impossible amount of grazing land, among other problems. I normally expect this tone from guardians of the status quo who dismiss organic farming as inefficient or naive. What I didn’t expect was McWilliams’s suggestion: Stop creating animal products. He pits sustainability-minded omnivores not just against industrial farming, but against herbivores. His argument is so snide and riddled with flaws that it distracts us from his conclusions. It also points to a rift within the sustainable food movement. Can omnivores and herbivores talk to each other about food issues? And can a Jewish perspective help us through this seemingly intractable conflict?

McWilliams has a bad premise: that meat could only be “sustainable” if it could be eaten in the same quantity as Americans eat it now, but farmed in a humane way. However, I have never heard a “locavore” argue that meat should be abundant. Michael Pollan, the torchbearer of the local food movement, sums up the “locavore” ethos: “Eat food. Not too much. Mostly plants.” McWilliams uses spurious gotcha facts to show that “holistic” animal farming is unrealistic. He cites a few mysterious figures, like “Pastured organic chickens have a 20 percent greater impact on global warming,” but doesn’t say what this means or how it was measured. His numbers are there not to make things clearer, rather, to intimidate. It’s also a common rhetorical error to judge something’s sustainability only by its so-called logical conclusion, assuming that the word “sustainable” means a practice that could work forever in the exact same way, and could be scaled up to seven billion people. That probably unachievable standard is not what most of us mean when talk about sustainability. We look for systems that are more healthy, lower in impact, encouraging of future learning and improvements.

If McWilliams’s argument is not logical, then what was it? Instead of talking about the ramifications of meat production, local or industrial, he talks dismissively about “waste” and “common economic sense” (as though our society agreed on what constitutes economic common sense). McWilliams doesn’t demonstrate that “locavore” meat is unrealistic, but he does prompt a question that we often avoid: is it wrong to use animals in our food systems? Our society has not converged on a single answer to this.

In “Eating Animals” the book that turned Natalie Portman into a vegan, Jonathan Safran Foer inspects the difference between those arguing for animal rights and animal welfare, herbivores and “locavores.” Each group, he says, finds the other’s approach unrealistic. Is animal welfare an attainable goal without the legal force of animal rights? Or is it plausible to expect our whole society to become vegetarian? He writes, “while the differences between these positions matter, they are minor compared to their common ground, and inconsequential [compared to] their distance from positions that defend factory farming.” Can we afford to ignore the ways in which we are allies, even when we are opponents?

Revolution and reform are uneasy allies, sometimes enemies. Judaism, in the Rabbinic tradition, favors incremental change, but Judaism also calls for justice, even when it requires boldness. Many people I know practice vegetarianism as part of kashrut. It simplifies things (such as eating in restaurants). Some also see vegetarianism as suggested by the Torah’s severe constraints on meat-eating. But given the amount of restriction and ritual about it in the Torah and the Rabbinic discourse on kashrut, it’s hard to avoid the idea that meat is important. This year, I went to a seder where a roasted beet was substituted for the shank bone, the beet’s red and oozing flesh standing in for the bone of the paschal lamb, itself a metaphor for replacing the suffering of Israelites with an animal sacrifice. I wondered if this substitution is an ethical improvement on ancient tradition. It removes us further from the primitive immediacy of seeing the bare bone. However, it’s also our closeness to animals that makes their mortality in our hands perplexing, an important feeling during Passover at this holy time of unsettling questions.

Tradition, however, doesn’t let us off the hook for examining meat-eating today. Every generation’s Torah is its own. There is still the ethical problem of industrially-farmed dairy products (and even vegetables). And there is still much suffering within the system of meat that other people eat, which affects us all. Many of our modern-day Jewish food heroes like Safran Foer urge us to create new foodways not rooted in chopped livers or sliced tongues. I sometimes wonder if vegetarianism and veganism are themselves revelations of compassion that I just haven’t reached yet. My own sense of food ethics has taken hold bit by bit, reform not revolution, over the course of many years. I still make my grandmother’s chicken soup, but now my I know and trust my chicken farmer.

Revolution or reform? Vegan or “locavore”? We can bolster our own position with emotional pleas, like McWilliams’s article, speaking only to our own faction, or we can ignore our differences in pursuit of a common good, even when our disagreements could spark an important conversation. Instead of yielding to combative dualities, Jewish tradition asks us to acknowledge that there can be importance and even truth in a minority opinion. It’s not that everything is equally correct, but that holiness is revealed to each of us in a different way, if we are pursuing it. We must support each other to grow in our demands for less suffering behind our meats and vegetables, our flowers and chocolates, and in our communities. In this period between Pesach and Shavuot, we count 49 days (between two Temple-era vegan sacrifices), taking on a slow, symbolic transition from slavery to liberty to revelation, realizing the obligations that come with freedom. I pray second for inspiration to join the revolution, and first for the endurance to keep working on the reform.

Melissa Tapper Goldman is a New York-based media maker. You can find more of her work on her website.