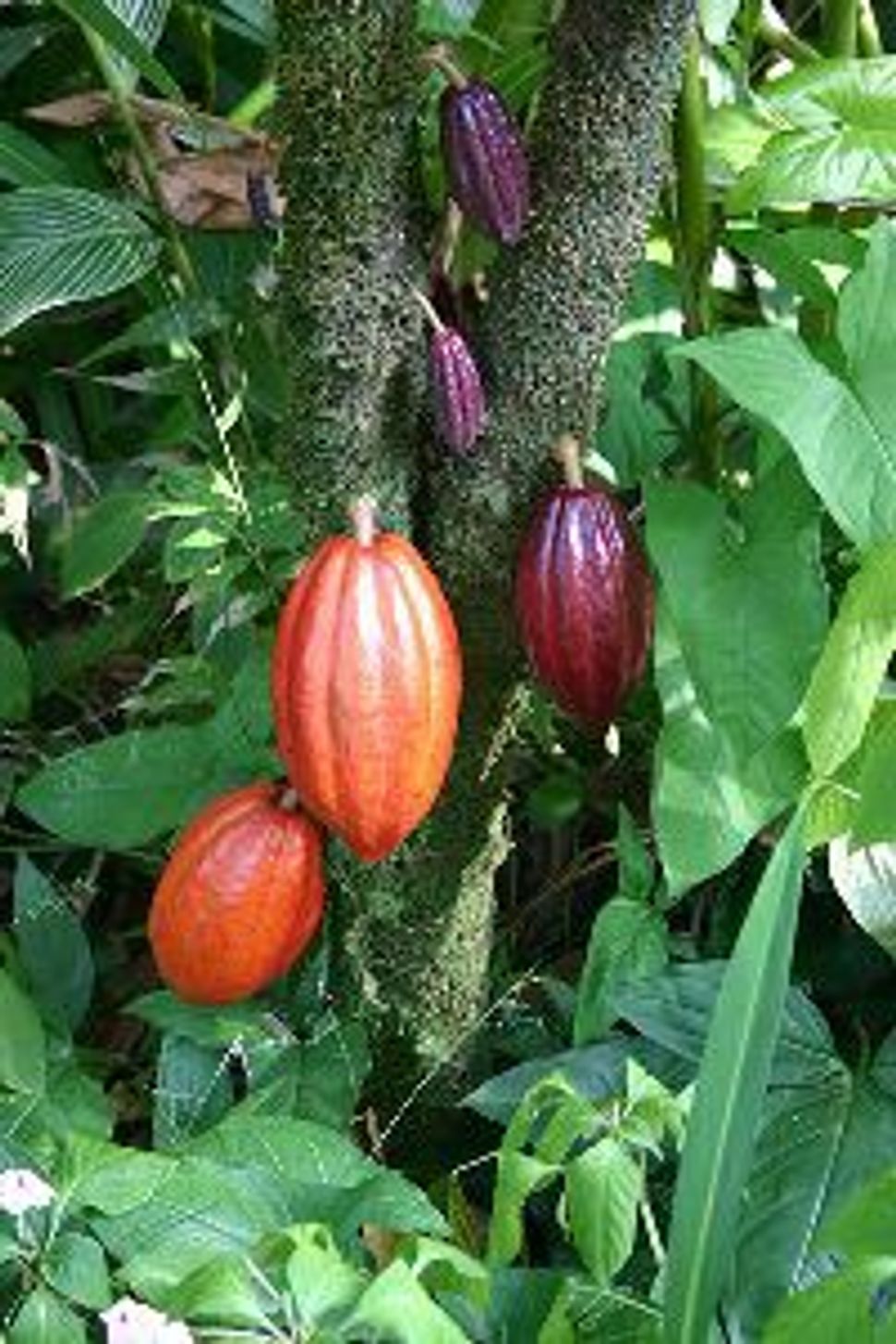 One year ago I was sitting in an overly warm classroom at the University of California, Davis, at a workshop called “Chocolate: Our Dark Addiction,” which was part of the 2011 [Hazon Food Conference][1]. The session begins with the question, “What is good chocolate?” Hands shoot up and comments immediately start flying: “Texture”; “Mouth feel”; “Creaminess”; “Cacao percentage”; “Ratio of bitter to sweet; “Added ingredients like fruits and nuts”; “No fruits and nuts.” Etc.

I think about the word “good,” and then I raise my hand. “Chocolate that is produced without slave and child labor, by workers paid a fair wage?” I ask. I am a bit tentative, because I don’t want to sound like one of those holier-than-thou food-obsessed people who proclaim their ethical choices in a manner calculated to shame those around them . One of the two presenters pauses for a moment, smiles slightly, and says, “That’s what we’re going to talk about today: other meanings of ‘good’ as it pertains to chocolate.”

The rest of the workshop centers on a discussion of what fair trade means, and we taste samples of fair trade chocolate (they range from better-than-average to mouth-wateringly, mind-blowingly delicious). The website Fair Trade Judaica defines the fair trade movement as “promoting economic partnerships based on equality, justice and sustainable environmental practices. Fair trade connects consumers with producers from other countries, by emphasizing fair value return, environmental protection, and human and workers’ rights.”

We also watch a ten-minute segment from the documentary The Dark Side of Chocolate, made by Danish journalist Miki Mistrati and filmmaker U. Roberto Romano. In 2009, Mistrati traveled undercover to the Ivory Coast, which produces over 50% of the world’s chocolate, to document labor practices in the cacao fields. Although numerous chocolate company executives tell Mistrati that child and/or slave labor is a myth and doesn’t exist in the chocolate industry, Mistrati finds heartbreaking examples to the contrary. He interviews traffickers, children who have been rescued, and local people working to stop the trafficking of children into the cacao fields. It is a chilling ten minutes. I leave the workshop determined to change my chocolate consumption habits, because despite the fact that I had a hazy knowledge about problems with child labor in the chocolate industry even before I attended this workshop, I’d managed to disconnect that knowledge from my buying patterns. Until recently.

Flash forward to May 24, 2012. As a member of both the Portland Tuv Ha’Aretz steering committee and Havurah Shalom’s Tikkun Olam committee, I helped organize a fair trade chocolate event at Havurah Shalom in Portland, Oregon, featuring Ilana Schatz, founder of Fair Trade Judaica. Schatz, one of the presenters at the chocolate workshop at the Hazon Conference, put together a program called “Bean of Affliction: Chocolate, Child Labor and Choosing Fair Trade.” The event featured a delicious array of fair trade chocolate samples from Theo, Divine and Equal Exchange. There was a table full of information about fair trade that included Jewish teachings about labor, justice and the humane treatment of workers, how these values reflect fair trade’s mission statement, where to buy fair trade products, and letters in support of “Raise the Bar Hershey,” a national campaign that demands that Hershey comply with the commitment to end child labor, forced labor and trafficking in their cocoa supply chains.

The connection between Fair Trade and Jewish values is clear. Our Jewish values command us to help the poor, the weak and the vulnerable. Our legacy of slavery in Egypt makes Jews especially sensitive to the consumption of products made by forced, child or slave labor. Particularly at Passover, eating non-fair trade chocolate negates the main purpose of the holiday, to remember our own slave past and to celebrate our liberation. How can we do that while eating chocolate made by children who have been trafficked, without their consent, into the cacao fields?

We also watched The Dark Side of Chocolate in its entirety. Afterwards, the 30 people attending expressed shock, outrage and a powerful desire to learn more about this relatively unknown issue. They asked a number of questions, including more information about edible fair trade products, and what they as individual consumers can do to end the labor abuses documented in the film.

As with many of our food choices, voting with our dollars is perhaps the most effective and immediate way to have an impact. There are a number of fair trade food options, and Schatz has a list of kosher fair trade products listed on her Web site, including Fair Trade chocolate gelt for Chanukah, made by Divine Chocolate, a cooperative farm owned by its chocolate workers in Ghana .

For me, it’s been surprisingly easy to give up buying non-fair trade chocolate. Because fair trade chocolate is of higher quality, it tastes better. It’s also richer and more satisfying than, say, a Hershey bar, so I eat less chocolate overall, because a little goes a long way. It’s become a treat, rather than an everyday luxury. And the realization I had in that overheated classroom last summer still holds: the sweet indulgence of chocolate needn’t come at such a bitter cost.