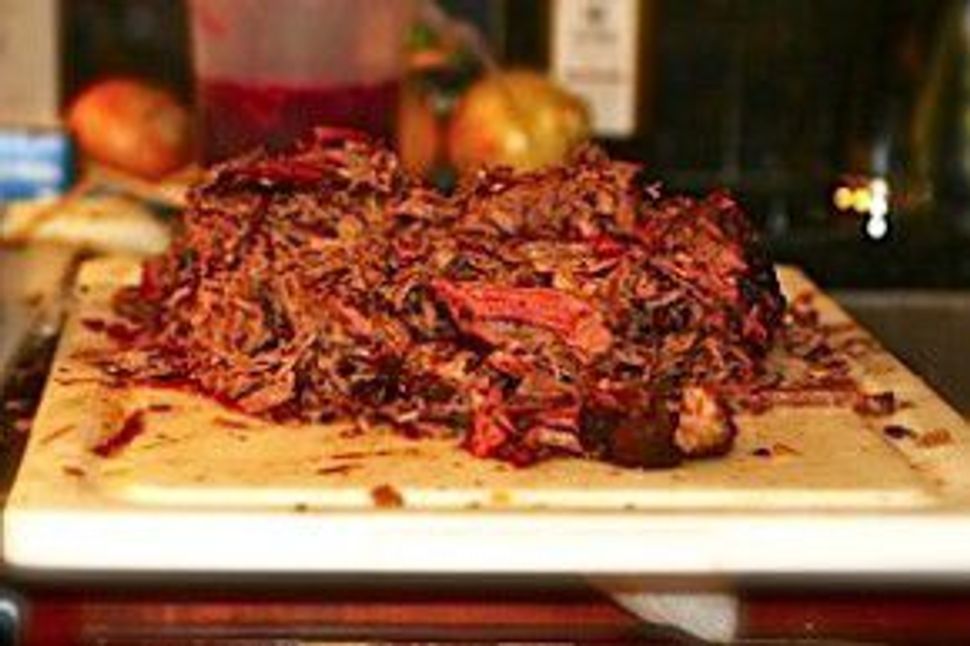 Image by Courtesy of Daniel Delaney

There’s a new cookbook about shmaltz! (More details to come soon on JCarrot.) In the meantime check out this first look. [Eater]

Brisketlab. We really live in a wonderful world, when places like this exist. [Serious Eats]

Some seriously wacky bagel flavors are coming out of The Bagel Store in Williamsburg. Sweet potato bagel? French toast bagel? What kind of schmear goes with that anyway? [Serious Eats]

Tired of making your latkes? Here’s where to buy the best ones in New York City.

We’re not so sure about this one but it sounds like an interesting idea: spana-latke-kopita. [The Daily Meal]

Making rugelach can be an intimidating process. Here is a great step-by-step guide that makes life a bit easier. [The Kitchn

Hanukkah is the perfect excuse to devour donuts. Try these spiced ricotta ones before the holiday is over.[Serious Eats]