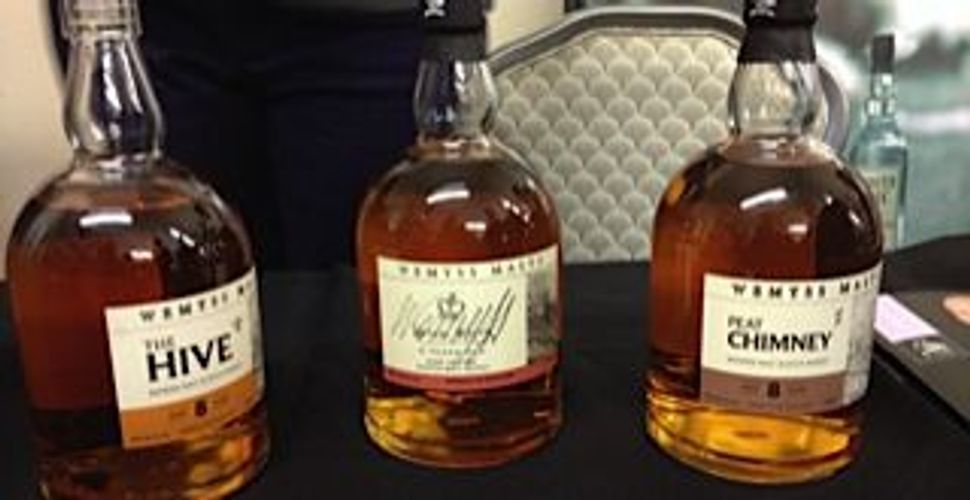 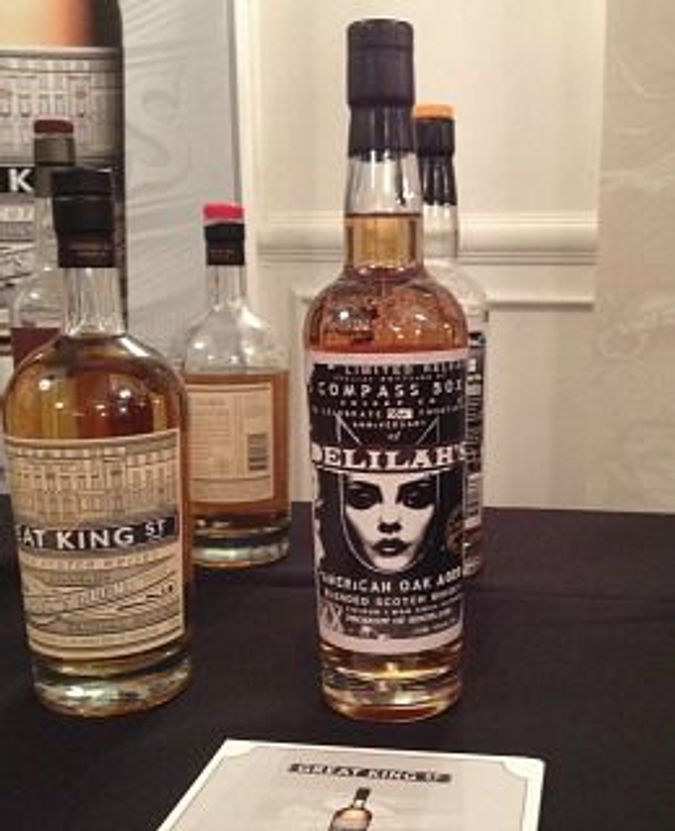 Imagine a slap bang Kiddush with endless cholent but without the pretext of prayer, and you are imagining the second annual Whisky Jewbilee.

It was a Kim Kardashian of simchas. Instead of being famous for being famous, this was a festive occasion that was thrown in celebration of itself.

Enough Orthodox Ashkenazi men to found a significant yeshiva gathered to sample the temptations of a lesser pantheon. From grizzled corporate lawyers to fresh-faced Twitter flacks and from not-for-profit activists to upstate dentists they came to the environs of Penn Station, Manhattan, to sample the kosher whisky delights of Hedonism, Angel’s Envy, Delilah’s and Loki (the Norse god of chaos).

Avishai from Schnapps Wine & Liquor ran me through the nutty and tasty Talisker Storm that he had on his stall at the event, which took place at Zanger Hall on Thursday, October 10. (Sadly this expression appears to be named after the weather event, not the Marvel superhero.) “Bourbon guys buy bourbon, single malt guys buy single malt,” he told me, proudly pointing at the bottles of bourbon whose barrels he’d personally been to Kentucky to pick out. “The only time they buy them both is when there’s a bar mitzvah or something.”

And what single malts do bar mitzvah dads buy? “Glenmorangie and Auchentoshan, because they are OU certified.” That explained why Glenmorangie was one of the few major distilleries in attendance at Whisky Jewbilee.

Mostly the whiskies in evidence were new, niche distilleries, or unusual single cask offerings, hoping to get a leg up in a community that buys interesting whisky. One bar mitzvah order, or a Kiddush club’s loyalty can make a Jewbilee visit worthwhile.

For example, Koval, the organic distillery from Chicago, was back with its 4 Grain, Rye and Millet whiskies which, though still young, are aging nicely, losing some of their ethanol roughness. And Kilchoman, the new, farm-based distillery, who I highlighted last year, were back with their Machir Bay, but also shlepping in a 100% Islay (peaty but mild) and a Single Cask (interesting, but why stray from the “Bay”?) expression.

The government shutdown means that new whiskies, like the Kilchoman Islay, remain in limbo, waiting for approval before they can legally pass customs. (Come on Congress, your country needs booze!)

I don’t know whether there was something bitter in the cholent, but the sweetness of the drinks was a feature of the evening. Single Cask Nation, who arrange the event, brought their new selections. A 6 year old Laphroaig had a light, sweet touch behind the trademark peatiness. And Brenne, a French single malt distillery that uses cognac barrels (from the cognac whose production is their main business) for the last two years of maturation, brought a light, fruity whisky to the event.

After I’d tasted it, I referred to the Brenne as a summer whisky, which a fellow taster amended, somewhat derogatorily, to a “woman’s whisky.” And, though that gender of tasters seemed in short supply at the beginning of the evening, the virtual mechitzah that had kept women on the serving side of the tables gradually vanished.

Though a vanishing minority for the first hour, the number of woman tasters, including the talented writer Chavie Lieber, gradually increased to about a fifth of those present. Unlike Lieber, whose professional sobriety limited her tastings, the other women seemed to have no real preference for sweet or fruity whiskies, but sipped on the peaty islays and sucked on the cigars in the outside enclosure, just as happily as the men.

There was certainly no gender divide at the most self-evidently sweet drink at the event: Nahmias et Fils’s Mahia. There were more ryes, bourbons and American whiskies in evidence at this year’s event than last year and, although Nahmias et Fils does make whisky, they also brought their Mahia, a distillate of figs and aniseed. It’s a sweet after-dinner drink, clear like grappa and with a grappa feel to it, but with an anise pungency and an aftertaste like a fig newton. It was like cleansing sorbet, a pareve dessert after a rich meal.

The sweetness was pervasive, but the find of the evening was a 20 year old Longmorn single malt. Complex and developed as older malts ought to be, what might have been playful in a younger whisky had softened into honey overtones floating above a complex sandalwood malt. I’d never tried Longmorn before, so time for a heartfelt shehechiyanu on that.

Another great thing about the Jewbilee was that it was held on a Thursday night, so that, after a brief day’s work further, it would be time for the Sabbath and another, more sanctified, Kiddush. There might be less envy from the angels, but still plenty of whisky on the shul table.