Bubbe’s Kitchen Versus the Kiddush Hall 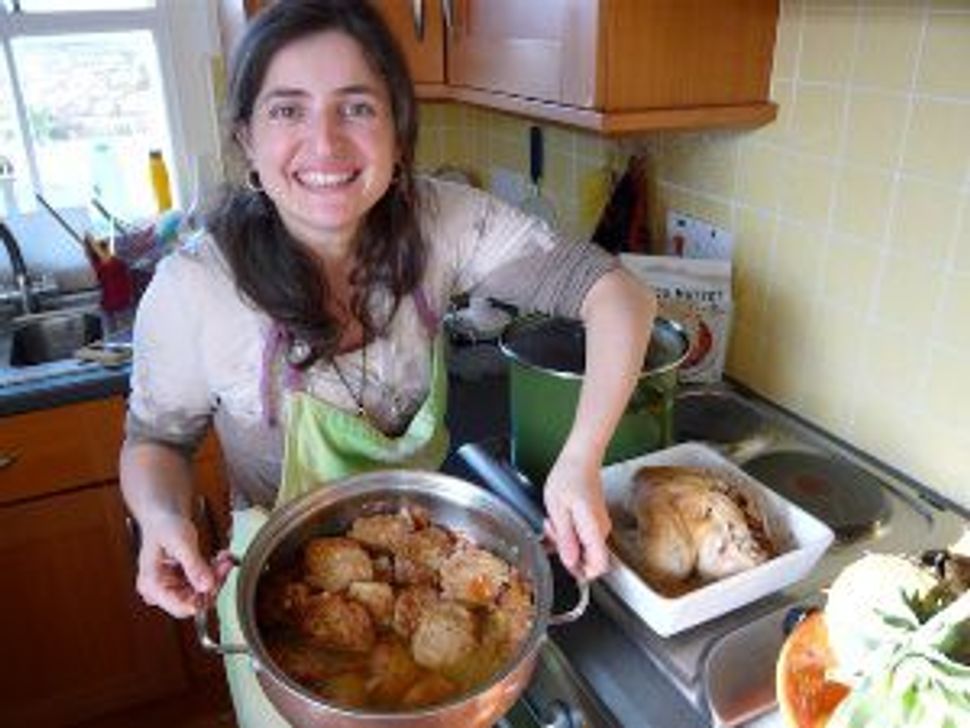 I recently conducted some research to explore how Jews define their own cultural identity through food. I analyzed interviews done in Europe -mainly in Germany- and in America -mainly Chile- and the results were somehow surprising.

Both samples were very similar: mainly middle age, secular, and Ashkenazi women. Their answers were also relatively close in both groups: both care a lot about the cultural importance of food, and not so much about the healthy aspects of it. So the quantitative analysis did not come out with big surprises, except that the European Jewry is clearly more observant in terms of respecting kashrut than their American relatives. But looking at the results of the qualitative analysis, the differences were striking.

For the Latin American Jewry, Jewish food is synonym of home food and brings them directly to their bubbie’s kitchen. Challah and matzah are taken as obvious, so they didn’t come very high on their lists; while varenekes, kreplach and gifelte fish were the very first thing that came to their minds. As a descendant of Bessarabian Jews, I link my Jewish culinary identity right back into the shtetl. I was exited about discovering in Europe “the real thing”, and my first steps into the topic were somehow disappointing.

The Europeans link Jewish food mainly with festivities and rituals. When they were asked for recipes, challah, matzah or hamantaschen were the names that came out as top of the list. There was also a lack of emotional connection, as most did not relate these recipes to their own family history. In general, Jewish food belonged to the kiddusch hall, not to their bubbie’s kitchen.

So why are my beloved Jewish dishes not part of the Jewish culinary imaginary in Europe as they are in America? Very simple: because in America Jewish food is migrants’ food, the taste of memories and of a lost and broken world, an emotional journey into a lifestyle that ceased to exist, a nostalgia of the “good old Europe” which we will never get to know. In America we can also clearly distinguish between “our Jewish food” and the local food, which is very different, as it comes from other culinary traditions.

In Europe the difference between Jewish and not Jewish food was not as strong as in America, and only the observance of kashrut made a real difference in their kitchen habits. The same dishes that for us are “Jewish” for the Russian Jews are classified as “Russian food”. For them the Jewish factor comes with the “use” of food: for a festivity or for Shabbat. The rest is every day food or “normal” food.

There are other historical reasons that have played a role in this process. The anti-Semitism continued during the Soviet regime, which did not help to preserve what was left after the Holocaust. Many of the ones who survived decided to emigrate and the ones who stayed had a conflictive relation towards their Jewish identity or just had no one to learn the Jewish kitchen from.

Europeans also make a distinction between Jewish food and Israeli food. Eating Israeli food is for them more Jewish than eating knishes, despite they are Ashkenazi Jews. Their cultural identity is more represented by humus and falafel, than by pickles or chrein. Cholent is somehow a good “in between”, but the secular Americans rarely mention it. There is only one common factor that unites East, West, religion and home-food: kneidlach soup (matzo balls in chicken broth), which can be found at a community seder in Krakow, a family event in New York or a grocery shop in Tel Aviv.

In a way, Jewish food in Europe is in a stage of re-invention. There is no longing for the good old times of the shtetl, on the contrary they are building up something new. Israel was a source of admiration after the war, and also a way to re-construct the European cultural identity. Today, spicy eggplant salad and couscous, share the Kiddush table with salmon, herrings and potato salad, but challah, latkes or matzo balls are considered “the real Jewish food”. The rest is cataloged as “Israeli food” or as “Russian food”. It is questionable if there is such a thing as Jewish food in the first place, but new migration waves of Israelis to Europe, are also enhancing the influence of Israeli food in the old continent, a process that worth some follow up. Let’s eat and see…

Daniela Rusowsky is a journalist and visual anthropologist, specialized in culinary ethnography. She is co-founder of Nature Heritage, and has lived in Puerto Rico, Jersey and Germany. She is currently based in Temuco, southern Chile.

Bubbe’s Kitchen Versus the Kiddush Hall