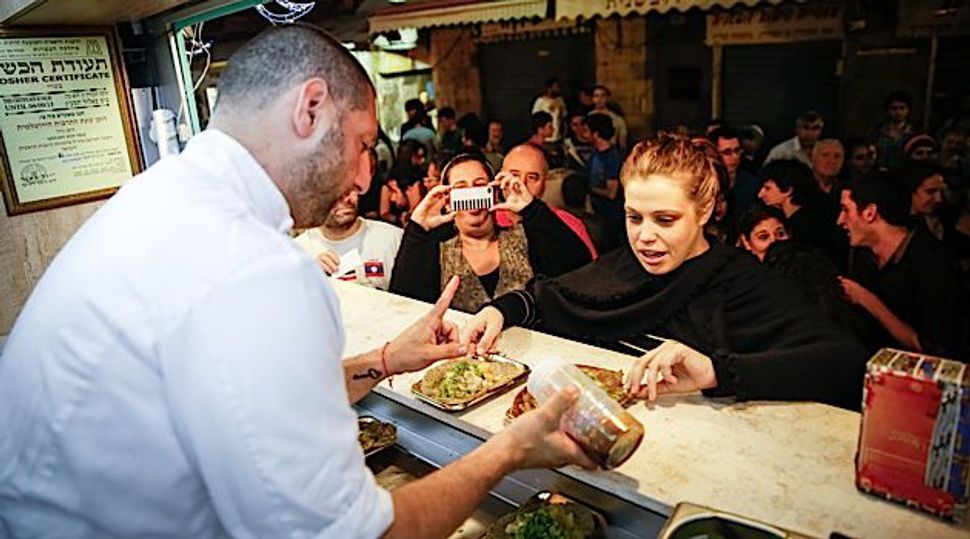 In July 2013, Israel’s first-ever food truck rolled its way through Jerusalem, stopping at a different neighborhood every day. At each location, a local celebrity accompanied famed chef Assaf Granit in serving up to the public a signature dish, a recipe (tweaked slightly by Granit) that represented the local celebrity’s personal connection to the Holy City. Those of us who were fortunate to experience FoodTrip first hand won’t forget it soon.

Although FoodTrip has been over for almost a year, and there are no current plans to revive it, a newly published, beautifully designed “FoodTrip: Tasting Jerusalem” cookbook enables those who experienced the unique phenomenon to relive it, and those who missed it to almost feel as if they had actually been there.

Anyone who came out to see the whimsically decorated truck and taste the fare knew immediately that it was equally as much—if not more— about the food as it was about the people and the place. Of course, the food was delicious and creatively presented, but more importantly, it served as a vehicle for local residents (and in-the-know tourists) to come together, swap stories, sing, dance and celebrate a unique city.

The only drawback to the new cookbook is that it has only been published in Hebrew so far, and there is no word of plans for an English translation. But the book’s graphic design by Studio Keren and Golan and photographs by Yael Ilan, Assaf Evron and Tal Shahar are so fantastic that it is easy enough to get the full flavor of what FoodTrip was all about without reading a single line of text. 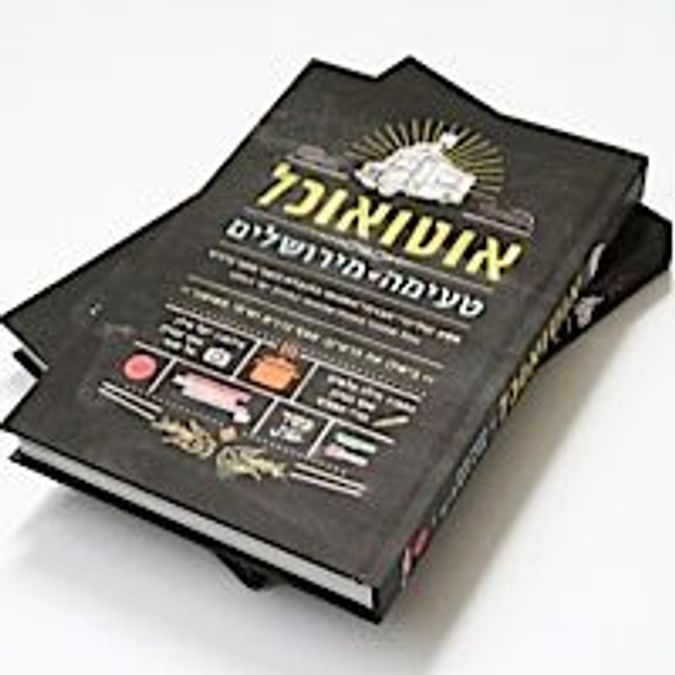 Of course, Hebrew speakers will have an appreciation on a whole other level after reading the narratives eloquently written for each Jerusalem locale and recipe by either Hila Alpert, Assaf Gavron or Hedai Offaim. The stories provide the ultimate nourishment.

Unlike in the extremely popular “Jerusalem: A Cookbook” by Yotam Ottolenghi and Sami Tamimi, where the food plays the central role, here in “FoodTrip,” the food-inspired personal stories figure most prominently. While both works delve in to the rich culinary tapestry of the city woven from so many different historical, geographic and cultural influences, “FoodTrip,” unlike “Jerusalem,” would still compel even if its recipes were removed.

One of the narratives reminds us that, for instance, media personality and storyteller Jackie Levy chose meat wrapped in “brick” (thin sheets of pastry) so he could tell the residents gathered in the working class Kiryat Yovel neighborhood the story of an Hassan, an immigrant from Tripoli. Hassan had a donkey and cart and sold brick that he would deep fry in a barrel of oil over an open flame. He had hooks instead of hands (he blew his hands off while using explosives to fish off the coast of his native Tripoli), and he would dip his hooks in to the boiling oil and retrieve the fried brick for the children of the transit camp where he lived upon his arrival to Israel.

Professor Avi Rivkind, head of the department of surgery and the trauma unit at the Hadassah Medical Center in Ein Karem, joined others who came out to dine with him at the food truck parked in his hospital’s courtyard at lunchtime. They all ate ulink, a traditional Jewish polish pastry of browned potato (similar to a kugel), along with cucumber salad and a shot glass of vibrant beet borscht. Granit and Rivkind chose the ulink to symbolize the story of how the life of Rivkind’s father, a descendent of the of the rabbinic dynasty of Kotzk, Poland, was saved by a righteous gentile—which enabled Rivkind to eventually be born.

“Eman narrows her eyes, moves closer to the diners and searches for the threads that intertwine, creating her own personal fabric. ‘What is your name?’ and ‘How are you?’ she asks. She listens closely and takes a genuine interest in their reply and in doing so, holds up the line,” Offaim recounts.

“Eman smiles and tells us that you can always just sit and talk, laugh or chat about food and the weather. You don’t have to look for the scars or the pain. It is enough to sit and eat something good together.”

In the summer of 2013, Jerusalemites had 23 chances to discover more about their city and their fellow citizens by meeting up for 23 meaningful and delicious dishes served through the window of a food truck. And now with the publication of the “FoodTruck” cookbook, even more people will be able to enjoy a taste of what makes Jerusalem so special.