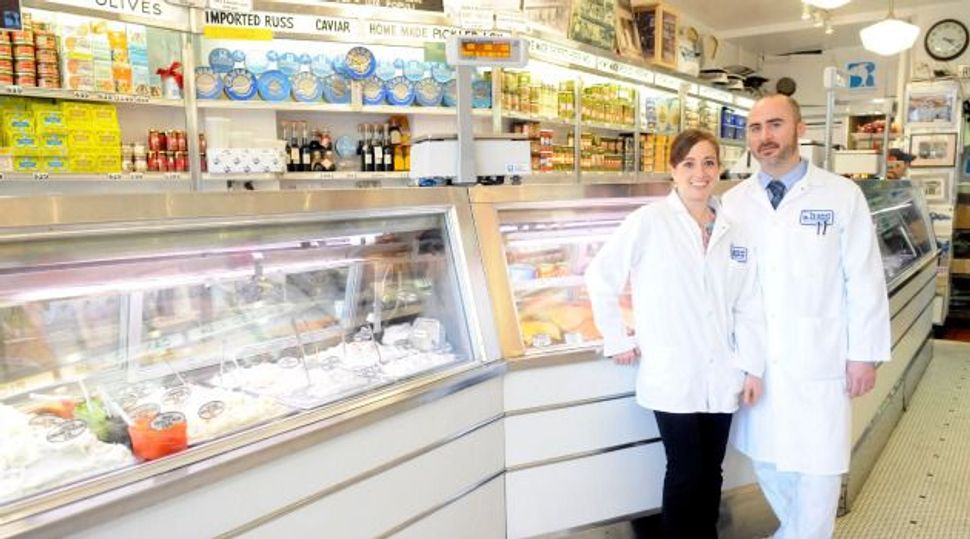 As a kid growing up on New York’s Upper East Side, I had appetizing envy. My West Side friends had Zabar’s, Murray’s Sturgeon Shop, and Barney Greengrass.

Downtown, of course, there was Russ & Daughters.

Sure, there were a few Jewish delis like P.J. Bernstein’s, and eventually fancier shops like Sable’s, but we didn’t have the kind of legendary appetizing establishments that other, luckier, neighborhoods had.

Finally, the Upper East Side has arrived. (And alas, I’ve long since moved to another appetizing wasteland, West Harlem.)

Russ & Daughters, which has occupied the same space on East Houston Street for 100 years, yesterday announced a partnership with the Jewish Museum on Fifth Avenue and 92nd Street, where it will open a 75-seat, sit-down kosher café and take-out retail counter in the Museum’s lower level.

“We’re delighted to bring a unique and authentic piece of New York City’s cultural and culinary heritage and history from the Lower East Side to the Upper East Side,” added Josh Russ Tupper, 4th Generation owner of Russ & Daughters.

No doubt Upper East Siders are equally delighted. The café and shop are scheduled to open in early 2015.