Cafe Edison’s Replacement and All the Weekly Dish 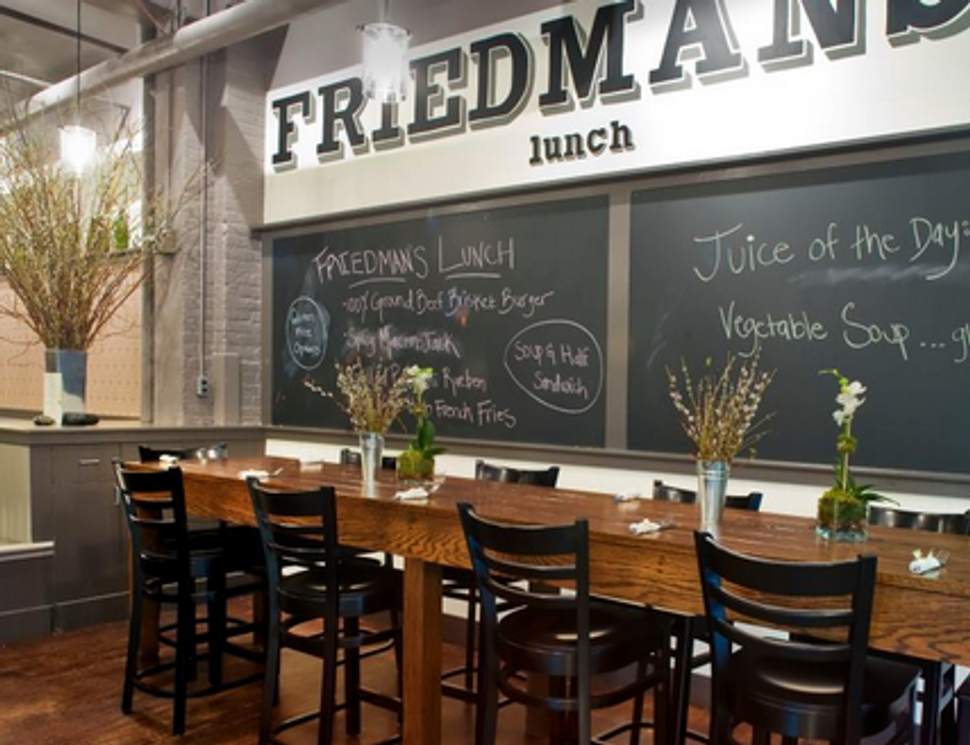 The late, lamented “Polish Tearoom” is getting a new life. Midtown Manhattan’s , whose haimish food and atmosphere drew theater folk for decades, will soon be replaced by “Jewish rustic” spot Friedman’s Lunch, the Daily News reports. Look for signatures like salmon platters, lox, pastrami hash and lots of gluten-free options.

Cafe Edison was opened in 1980 by Polish childhood sweethearts and Holocaust survivors Harry and Frances Edelstein. It closed last year.

In L.A., Wexler’s Heads to the Beach 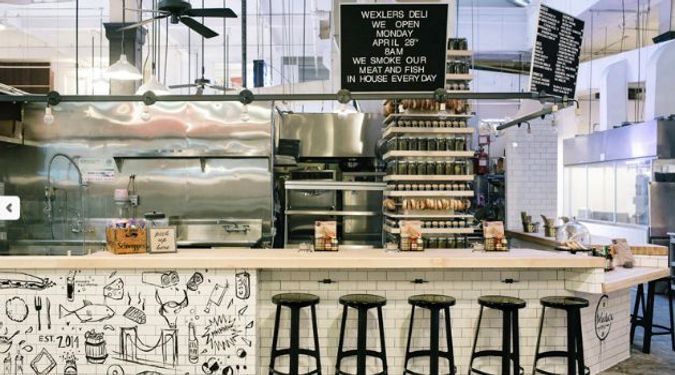 Image by courtesy of wexler's deli

Wexler’s, which brought the nouveau-deli tide to Los Angeles, is on the move.

Eater reports that owners Micah Wexler and Michael Kassar will soon take over a Santa Monica storefront space “and use the larger footprint to expand into delivery and work on more catering gigs.”

The deli now operates from a small stall at L.A.’s downtown Grand Central Market. It’s earned stellar marks for house-smoked fish and meat, and killer sandwiches like a classic pastrami on rye. 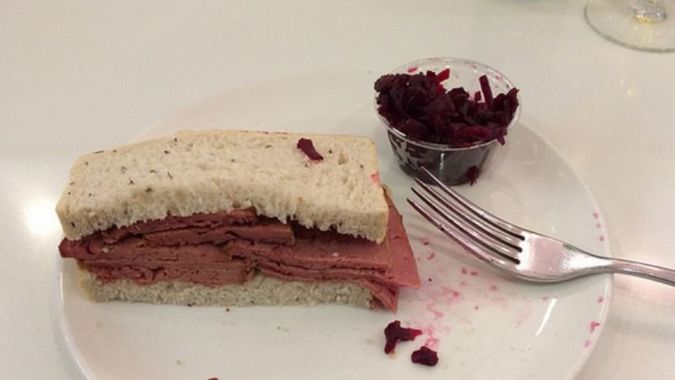 The Brass Rail, inside London’s Selfridge’s department store, sounds a little like a fancy Katz’s — line up, order your corned beef sandwich, eat.

“The only thing that could hold up [the old system] was some alter kocker — it’s Yiddish for old fart — who hadn’t made up his mind while in the queue,” he laments. “Otherwise it worked.” But the deli meat’s so good, Rayner says he can’t stop.

New Jersey’s Short Hills Restaurant and Deli is on the block, according to the Courier Post. “If we sell it, we sell it,” owner Jerry Kaplan tells the Courier Post, with infectious enthusiasm. “If we don’t, we don’t.” The sale includes all the on-site kitchen equipment, off-site catering equipment, a delivery van and recipes.

How does Uri Schaft create those perfect challahs at Breads, his Union Square bakery?

Find out September 30 as The Workmen’s Circle hosts a challah-baking workshop with the master himself. He’ll also spill about Breads’ babkas, which have generated rapturous reviews.

Just try not to think about them over Yom Kippur.

Cafe Edison’s Replacement and All the Weekly Dish