Shuka Truck Really Gets Around! 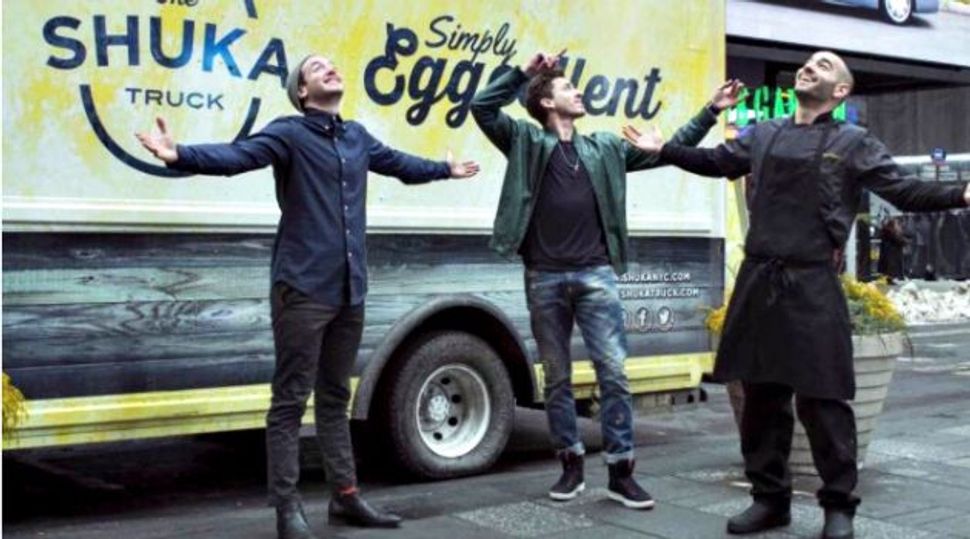 We’ll leave it to you to judge whether this is good use of taxpayer shekels. But the Israeli embassy in Bogota reportedly flew down New York’s Shuka Truck — yes, the whole truck — to serve shakshuka on Yom Haaztmaut. The truck normally roams Big Apple streets.

According to Jewish Business News, “Colombians welcomed the initiative with enthusiasm and hundreds of meals were distributed.” Israel’s deputy chief of mission in Columbia, Michal Ma’ayan, and cultural attaché Limor Gadya, took credit for the stunt.

Video on the Shuka Truck’s Facebook page seems to confirm the journey.

Shuka Truck Really Gets Around!