Reubens in Berlin and the Week’s Hottest Food News 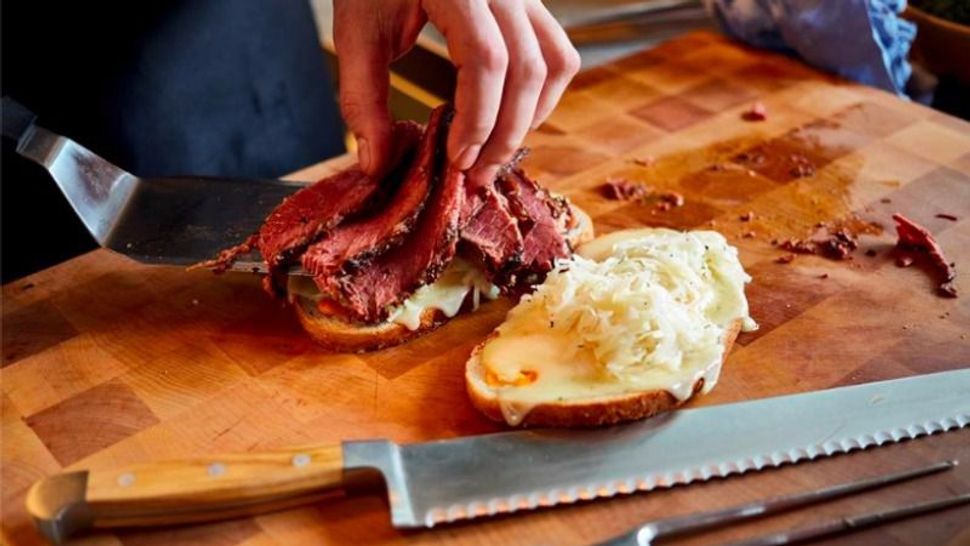 A Reuben in progress at a new Berlin hot spot. Image by Courtesy of Louis Pretty

Newish Jewish deli Louis Pretty gets a shout-out in Travel + Leisure this month as part of a rocking food scene in Berlin.

Upside Down Kosher in Australia

Milk and meat? No worries, mate.

For only the second time in Australian history, a kosher deli has been allowed to serve both milk and meat on the same premises.

Millee’s Deli owner Dena Miller tells the Australian Jewish News that “meat and milk diners will be separated by a division, which has been approved by the Kashrut Authority, and there will be two separate entrances to the shop.”

The deli opens this week in Rose Bay, an eastern suburb of Sydney. 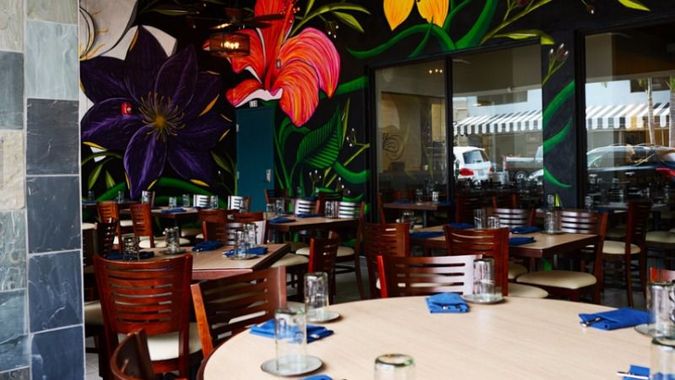 Image by Courtesy of Jardin

A pair of Jewish chefs is behind a much-anticipated West Palm Beach resto that debuts this week. At Jardin, Jordan Lerman and Stephanie Cohen are serving up “ferociously seasonal” fusion-y plates such as duck choripan — a riff on a South American chorizo sandwich on a homemade challah bun.

Time in Israel influenced Lerman’s cooking, the chef tells Dish. “It opened my eyes and expanded my palate to flavors and ingredients that I had only heard about — items like amba, sabra (prickly pear) that I would see in the markets of Ako and Jerusalem,” he says.

Lerman’s crispy hummus with shaved chorizo and lemon aioli is inspired by Hummus Said, a tiny Akko hummusiya where he ate “three or four times a week.”

With roots in Eastern Europe centuries ago, chimney cakes sound simple: baked dough rolled around in ingredients like garlic or sugar, depending on whether they’re savory or sweet.

Now, a Toronto food truck is turning them into the snack du jour. Chimney Stax is run by Zach Fiksel and Matt Lindzon, former business-school classmates. After hawking the bread snacks at fairs and pop-up events, the two are about to open a brick-and-mortar location, says the Canadian Jewish News.

Next: Braided “challah stax” this fall. Will they become the next cronut?

This one sounds special: Leetal and Ron Arazi, founders of Middle Eastern pop-up kitchen NY Shuk, are opening their Brooklyn home for a Persian-inspired Shavuot feast on June 11.

It’s a tricky Yiddish word for a flat, fried cake — and it played a pivotal role in the final round of the National Spelling Bee last week.

But 13-year-old Jaiwan Hathwar aced it, going on to tie for the championship, says JTA.

Thursday wasn’t the first time a Jewish word popped up in the Scripps National Spelling Bee. In 2013, another 13-year-old won the bee by spelling “knaidel,” Yiddish for a matzo ball or dumpling. And in 2009, “kichel” made an appearance.

Reubens in Berlin and the Week’s Hottest Food News