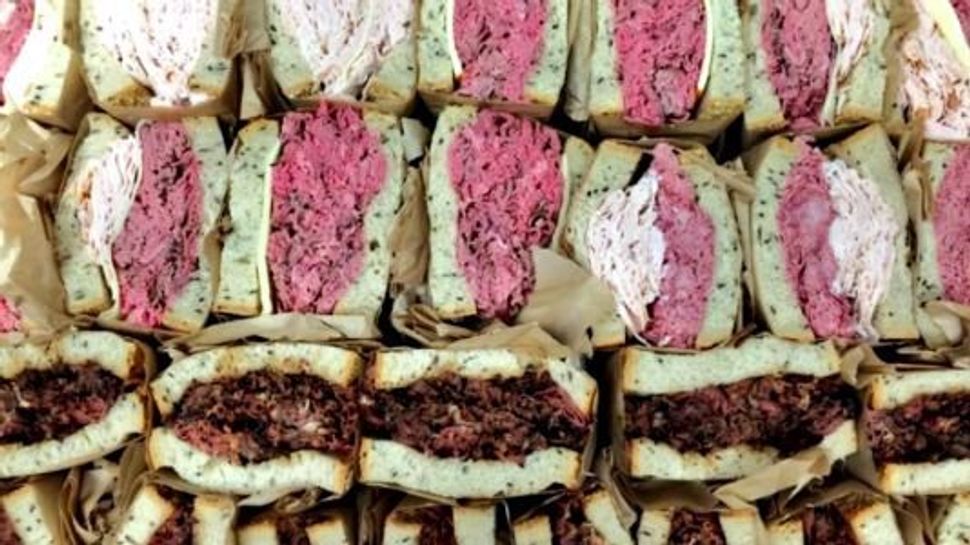 When it opened on a gritty block in 2014, the “Newish Deli” drew raves for trad favorites like overstuffed sandwiches, bagels and lox and matzo-ball soup.

Mesnick still operates Deli Board, another deli reboot in SF.

What is it with closings this month? All of the Coffee Bean & Tea Leaf stores in New York have shuttered as of last week. The West Side Rag blog broke the news.

The first Manhattan outpost of CB&TL opened in the Shmatte District to much fanfare in 2011. All of its baked goods and food offerings were kosher.

But as we reported back then, the chain’s coffee was never that hot, literally or figuratively.

Jews are finally getting a piece of the pie in Australia.

The homey menu at Attica, a new restaurant in Melbourne, is receiving attention for pies made by chef Ben Shewry, one of which nods at Australia’s Jewish presence. Chicken jelly and matzo meal are the main ingredients. Meat pies, of course, are a daily staple down under. More at the New Zealand Herald.

Now open in Sherman Oaks, California: Sababa Kosher Grill, run by a Moroccan family who moved to the States after running restaurants in Israel.

On the menu: kebabs, mixed grill, falafel, hummus, Israeli salad and shakshuka, along with other Middle Eastern faves.

Sukkahs Around the World

Traveling over Sukkot? YeahThatsKosher has posted a list of restaurants around the world that have erected sukkahs, from Melbourne to Montreal.