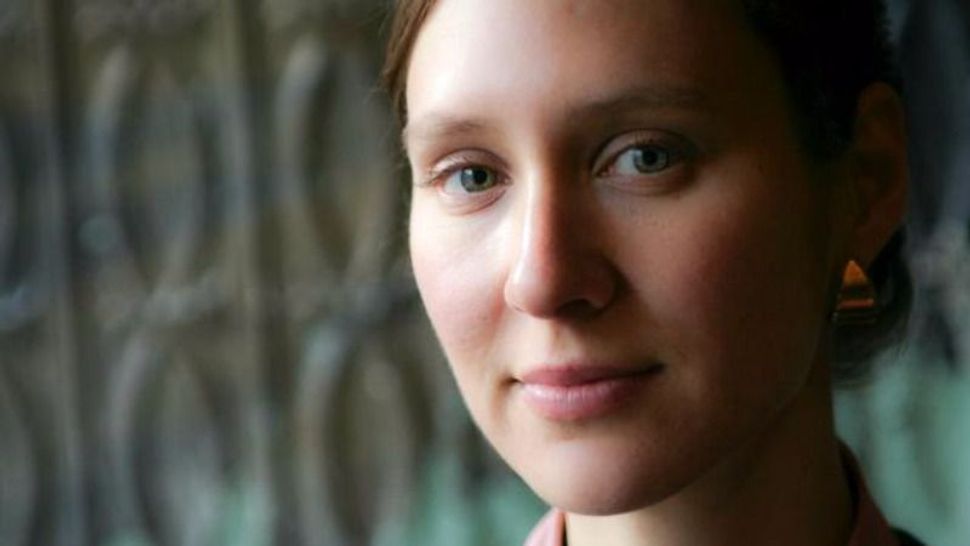 On a recent morning, I met Naama Shefi for breakfast at Zucker Bakery, a petite Jewish café and bakery in New York’s East Village. Shefi is the founder of the Jewish Food Society, a new project dedicated to preserving and revitalizing Jewish food traditions. And Zucker, which is owned by an Israeli pastry chef and serves date jam rugelach and chocolate babka, among other sweets, has become for her both a satellite office and a home away from home.

“Everything feels so familiar here,” Shefi said, gesturing to the glass cups holding shots of espresso and crocheted doilies draped across the backs of chairs, just like the ones in her grandparents’ home in Israel. A gentle light streamed through the front window, and the display case of freshly baked cookies was amplified by a perfume of cinnamon and yeast wafting over from the in-house kitchen. “It’s like a mini Israel in the best way possible,” Shefi said.

Over mint tea and thick-cut challah toast layered with avocado (her) and labneh, olive oil, and za’atar (me), she told me about her vision for the Jewish Food Society, which is rather ambitious and, if I may gush for a minute, very exciting. For the last decade, Shefi has been one of the leading forces behind bringing creative Israeli and Jewish cuisine to the masses. Through the Jewish Food Society, she is creating a comprehensive digital archive of Jewish recipes and cooking videos, and a complementary series of events and experiences that will bring the recipes to life. 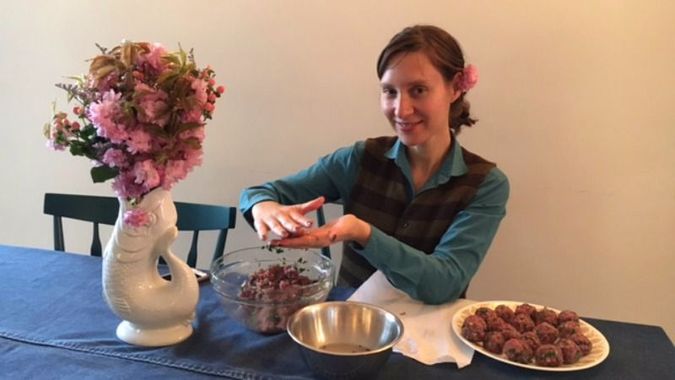 Shefi’s love of food, and global Jewish food in particular, started young. She grew up on an Israeli kibbutz where the meals at the communal dining hall — a rotation of pizza, stuffed peppers and schnitzel — were less than inspiring. Her salvation was the briny pickled herring that an older kibbutznik shared with her and which, as a toddler, she eagerly devoured. As she got older, she told me, “I begged my parents to drive me to the Yemenite Quarter in Tel Aviv or to the market to eat Iraqi Jewish food,” she said. Shefi studied dance and film in school, but always gravitated back toward food. “I waited tables to make money, and would spend all of my savings trying new things,” she said.

Shortly after moving to New York in 2004, she got a job with the Israeli Consulate where she promoted the country’s cultural scene. At first that meant curating dance performances, films and art exhibits, but it wasn’t long before food crept its way back in. “It became clear to me that cuisine was an important medium to help share Israel with the wider world,” she said. “Israeli food culture embodies this richness because it is one physical place that houses such incredible variety.” So she suggested that the consulate create a department focused on the country’s unique flavors and food traditions.

“I owe the consulate general my career because he said, ‘Go for it,’” Shefi told me. For the next few years, she focused her professional life toward sharing Israeli cuisine with America, partnering with Israeli chefs and winemakers for high-profile dinners at the James Beard Foundation, and elsewhere, and bringing influential North American food writers to Israel to experience the dining culture first hand.

Shefi’s work at the consulate solidified her passion and dedication for celebrating Jewish cuisine. After she left the job, she spent some time freelancing — writing cutting edge articles about, say, the rise of gourmet Palestinian food in Tel Aviv, and curating wildly popular Jewish food events, like a pop-up, Iraqi-Jewish kubbeh restaurant in Manhattan. She also worked for several years with the innovative communal dining company, Eat With.

But Shefi felt compelled to do something more. After all, many of the people who hold the knowledge of how to make traditional, international Jewish food are getting older and passing on. “Every recipe carries within it the marrow of who we are as individuals, as families, and as a culture,” she said. “I felt there was this urgency to do something — to create a home for these dishes before it was too late.”

Case in point, Shefi said, was her husband Ilan Benatar’s grandmother. Shefi vividly remembers the first time she visited his grandmother’s tiny apartment in Israel. She was close to 80 and, like most Friday afternoons, was preparing to host more than two dozen guests for Shabbat that evening. “There were stuffed tomatoes and onions, Swiss chard and potato pie, and 20 different types of mini salads,” Shefi said. “And then she used the stems of the Swiss chard to make another salad with lemon and garlic, just because she didn’t want to throw them away. It was the most delicious thing ever.”

Shefi and Benatar took copious notes that day, but now that Benatar’s grandmother is gone, so is most of her culinary wisdom. “Cookbooks are great, but so many of these recipes rely on muscle memory,” Shefi said.

That’s why the Jewish Food Society’s website (which is still in development) will include cooking videos as well as recipes, and while the in-person food experiences — like a recent, over-the-top “Israeli hotel breakfast” event the Society hosted with chef Michael Solomonov — are central to the mission. The Society also recently launched a whimsical project called #FridayFairy, which delivers surprise loaves of challah made by Zucker Bakery, or guest bakers such as Breads Bakery’s Uri Scheft, along with a beautiful piece of artwork, on Friday afternoons.

The Jewish Food Society is still quite young, but with Shefi at the helm, it is bound to make a big impact. “This food is the DNA of who we are,” she said. “It is up to us to keep it going.”