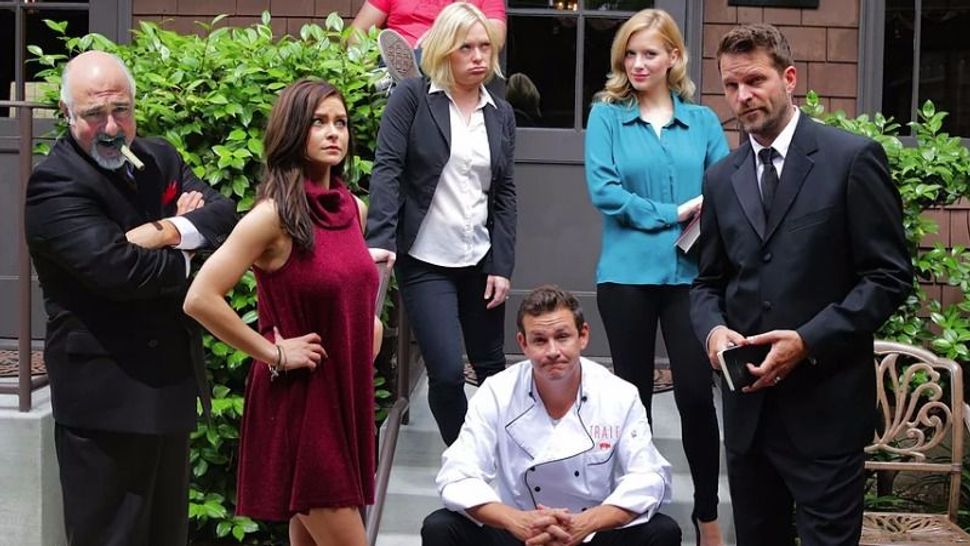 A new series recreates a restaurant that serves decidedly unkosher food in a very Jewish neighborhood. Image by Courtesy of Traif (an Unkosher Series)

Some would argue that there’s nothing funny about treyf.

When Chef Jason Marcus opened the eatery — a bagel’s throw from Satmar enclaves in Wiliamsburg — he got pummeled by Orthodox media for serving mostly pork and shellfish dishes such as salt-and-pepper shrimp and lobster with spicy sausage.

Since Traif’s creators live in Los Angeles, the show’s set in a Fairfax restaurant led by a chef named, ahem, Jason Marco.

“I hope kosher-eating people look at this and say this is a funny concept,” producer Lew Levy, who’s Marcus’s uncle, told the Jewish Journal. “The restaurant is now very well-accepted in Brooklyn. Jason has spoken with rabbis in the community and they peacefully coexist.”

According to the series’ website, each episode will highlight a dish or ingredient from the real Traif restaurant, and the recipes will be posted online.