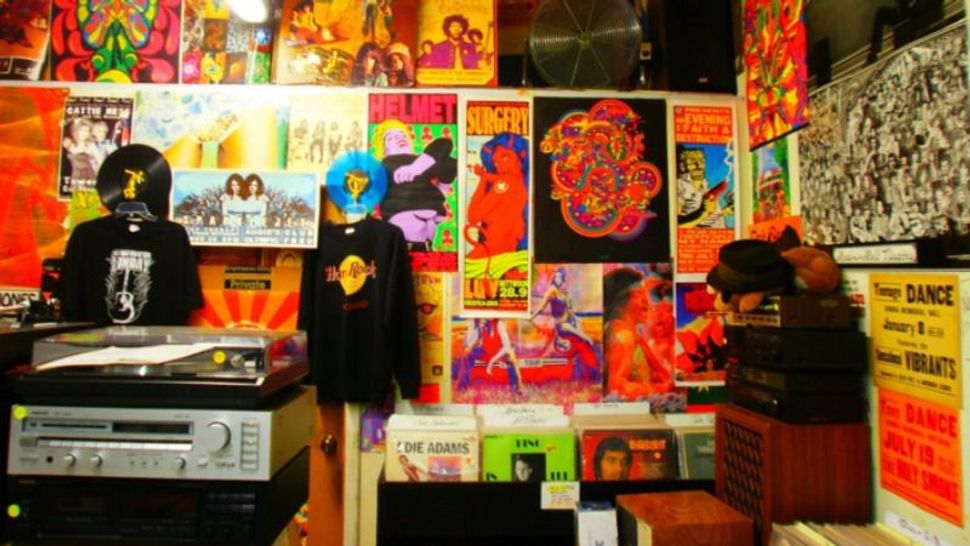 A Tower Records interior in 2010. A new Sacramento Deli is being named after Tower founder and native son Russ Solomon. Image by Flickr

If you’re a music lover of a certain age, you probably have fond memories of Tower Records, the gargantuan stores that seemed to carry every audible work ever recorded.

Now, a Sacramento deli is being named in honor of Tower founder and native son Russ Solomon, who is 91. Solomon’s Deli will open in late 2017 — in a former Tower Records store — with the motto “No bagels, no life,” the Sacramento Bee says. The slogan is a riff on the longtime Tower Records slogan “No music, no life.”

A comment on the Bee’s Facebook page predicts that there will be only two types of reviews: “1. Great, just like the NYC Deli’s I grew up with and 2. Doesn’t taste like the Jewish Deli I grew up with in NYC.”

Sacramento seems to be having a deli moment: Across town, the Bee reports, restaurateur N’Gina Kavookjian plans to open The Proletariat, an East Coast-inspired Jewish deli and “an homage to my Polish-Jewish husband and his New Jersey ways.”