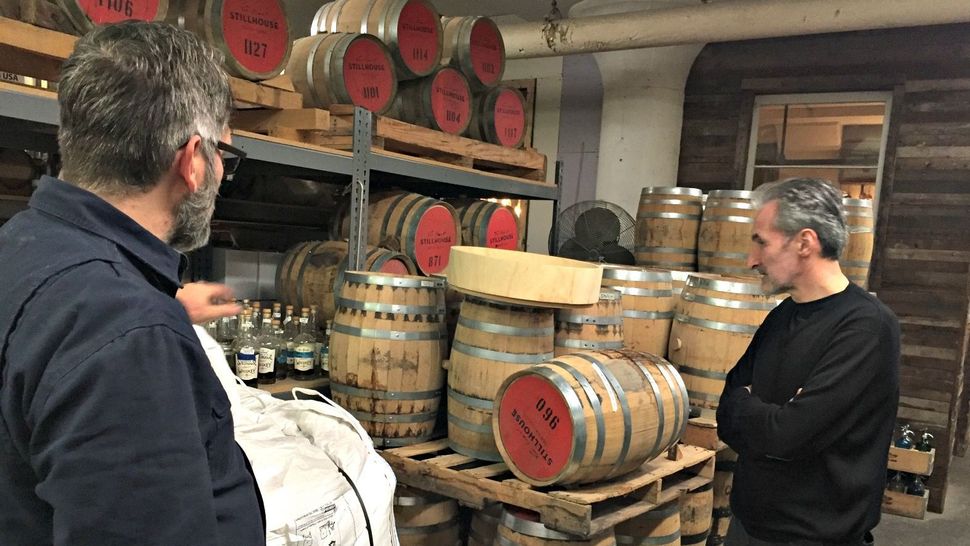 The explosion of New York craft distilleries in the past few years has presented some fascinating tipples to taste and, among them, some truly excellent new bourbons. Thus we took a New York theme for our inaugural Forward Jews and Booze event.

For our destination we chose one of the more distinctive of the city’s new distilleries, Van Brunt Stillhouse. Nestled in Brooklyn’s post-industrial Red Hook neighborhood — barely more than a couple of Fjellse bed frames away from Ikea — the distillery occupies a ground floor berth formerly home to a paint factory.

Our host, “Daily Show” producer-turned-distiller Daric Schlesselman, explained that since all the grains used in his bourbons and in the bottles that we had brought to taste were certified produce of New York State, this was the equivalent of a farm stand tasting. Like juice made from New York apples, these bourbons made from New York grains were delicious craft products.

Along with our special guest, Forward columnist Samuel Freedman (formerly of The New York Times), we conducted a tasting (tasting notes to come) and then went on a fascinating guided tour of the distillery. Though pocket-sized (helpful because navigable after an hour of delicious bourbon tasting), Van Brunt Stillhouse is able to produce an impressive variety of expressions and even — for a big order that they were fulfilling while we were there — a significant bulk. 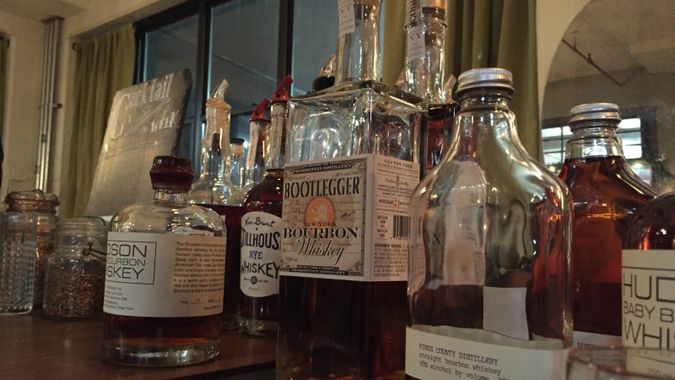 Since we were, essentially, doing a bourbon tasting, we didn’t touch the most visually interesting array of bottles. In order to maintain its license as a tasting location VBS can’t use drinks that aren’t made in New York State. So, for any cocktails that require mixing with, say Vermouth, the distillery has to make its own facsimile vermouth. Over the years that has led to a shelf full of homemade New York liquors that would give comfort to the most persnickety mixologist.

After a wonderful and intimate couple of hours we had to leave. We had tasted some of the finest local bourbons, received insight as to how a city distillery works and understood why someone would leave producing Jon Stewart to come and set one up. And the conversation, warmed by the liquor, excellent company and convivial surroundings, had ranged broadly across urban development, foreign travels and, of course, other whiskies.

First stop for “Jews and Booze” was Red Hook, our next stop will be announced soon.