Jewish Sisters Bring Their Brand Of Haimish Veganism To The LES 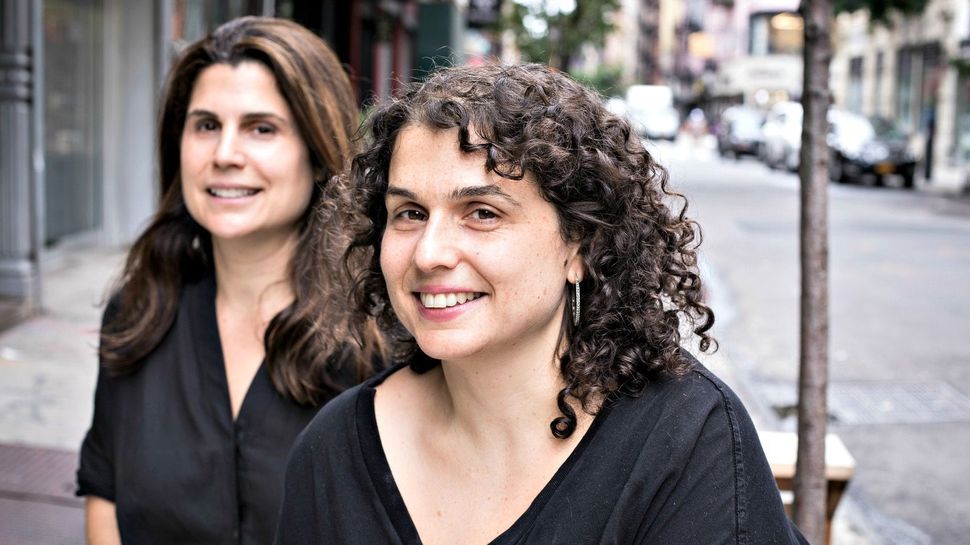 The sisters, who oversee a bicoastal vegan empire, encountered the bovines on a childhood visit to a kibbutz where their father’s family lived. “We met the calves,” recalls Erica. “We fell in love. And that’s where the vegan thing started.”

And while the store’s not certified kosher — yet — Orchard Grocer does carry popular kosher plant-based products like Herbivorous Butcher and Wayfare. 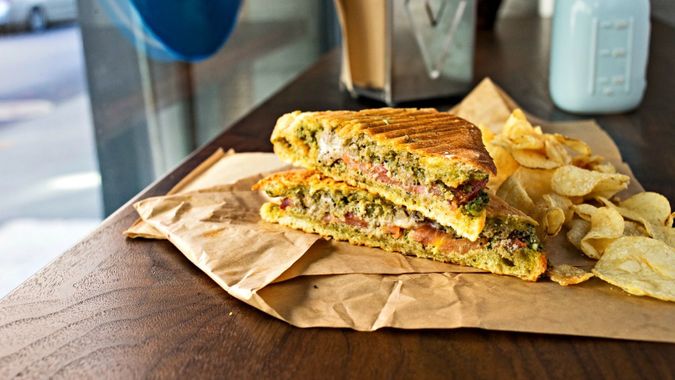 Image by Katie B. Foster

The sisters grew up in Queens, children of an Israeli father and American mother. “We’re New York City Jewish-food obsessives,” laughs Sara. “Our mother’s favorite holiday to host was always Break the Fast. Bagels, cheeses and lox were the key players. It was a bit of a letdown for our family when we went vegan, just because they thought we were going to miss out on this tradition, but now there are so many alternatives — some of which we have helped to create.”

Orchard Grocer grew organically — quite literally — from MooShoes, the first “cruelty-free” store of its kind in New York. After buying dress shoes from the sisters’ Novacas line or glossy boots from Melissa, customers would ask where to eat vegan nearby. Surprisingly, the on-trend Lower East Side didn’t offer much. A lightbulb went off for the Kubersks; after shuttering half of MooShoes for an overhaul, they reopened it as Orchard Grocer in April. 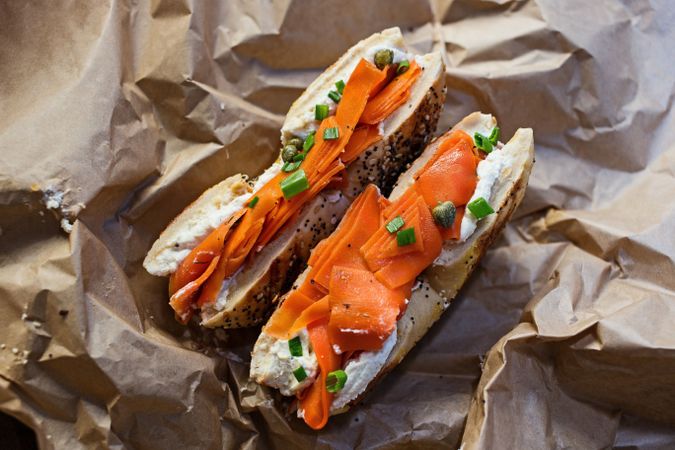 The Edith: A Baz Bagels bagel is topped with house-made cashew cream cheese, carrot lox, capers and chives. Image by Katie B. Foster

Shelves are packed with convenience foods and packaged goods like Faux Gras — nut-based “foie” — and Fabanaise vegan mayonnaise. “All the cool cats know vegan is the way to go!” reads a placard above a fridge case.

The twinned stores remain connected in more ways than one. All of Orchard Grocer’s sandwiches are named for MooShoes long-running cast of adopted store cats. And a loose, irreverent approach to animal-free products — as far as you can imagine from stereotypical hectoring — runs through both establishments.

“The biggest change since we started living vegan is that people know the word ‘vegan’ but don’t fear the word ‘vegan’” Sara said. “And vegan cheeses. That’s the best way to judge how much things have blown up. I remember when our mother excitedly found tofu cream cheese at Zabar’s. Who knew if it was even vegetarian? Now, we can’t stock all of the amazing vegan cheeses out there. And it’s my mother who’s cleaning us out of vegan feta on a regular basis.” 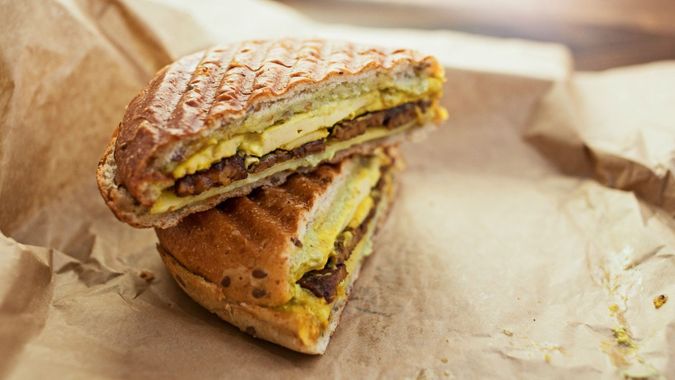 Image by Katie B. Foster

The sisters’ meat-free mantra is paying off. More than 100 sandwich orders come out of Orchard Grocer’s kitchen on a typical day, Sara said. And there’s been another bonus from their forays into food.

“We’ve helped veganize so many traditional dishes over the years, the transition has been really fun to be part of,” Erica said. “Vegan matzo-ball soup and brisket from seitan are our new norm. While the rest of the family resisted at first, they slowly started coming on board, and now our vegan holidays are no longer an issue.”

Break the Fast, she adds, “has once again become one of our mother’s favorite holidays to host.”

Jewish Sisters Bring Their Brand Of Haimish Veganism To The LES