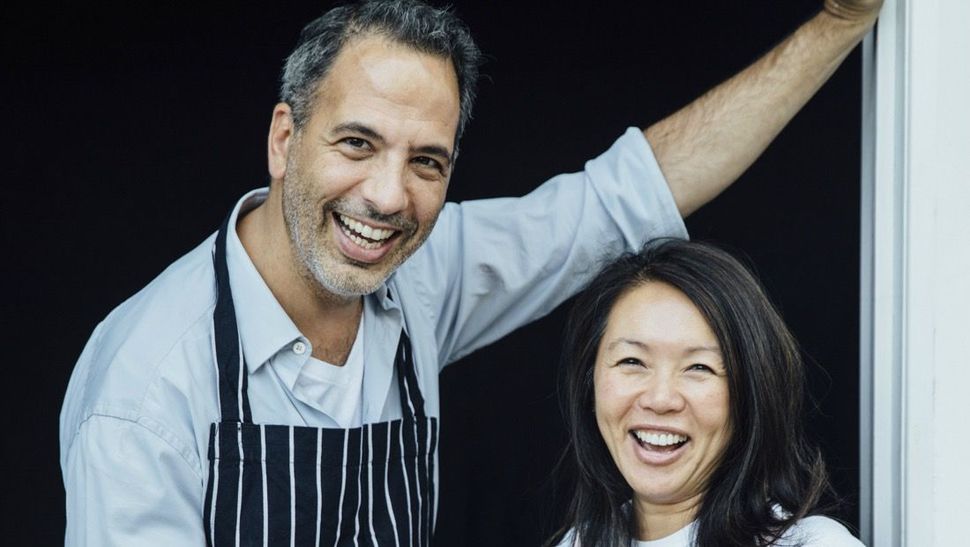 A new book by Yotam Ottolenghi is cause for celebration. And when the book in question, from the author of such wildly popular cookbooks as “Plenty” and “Jerusalem,” comes out with a tome devoted entirely to dessert, well, it almost feels like we should declare a holiday. Not a national one, mind you, but one that — like the Israeli-born, London-based Ottolenghi’s recipes themselves — spans the globe. 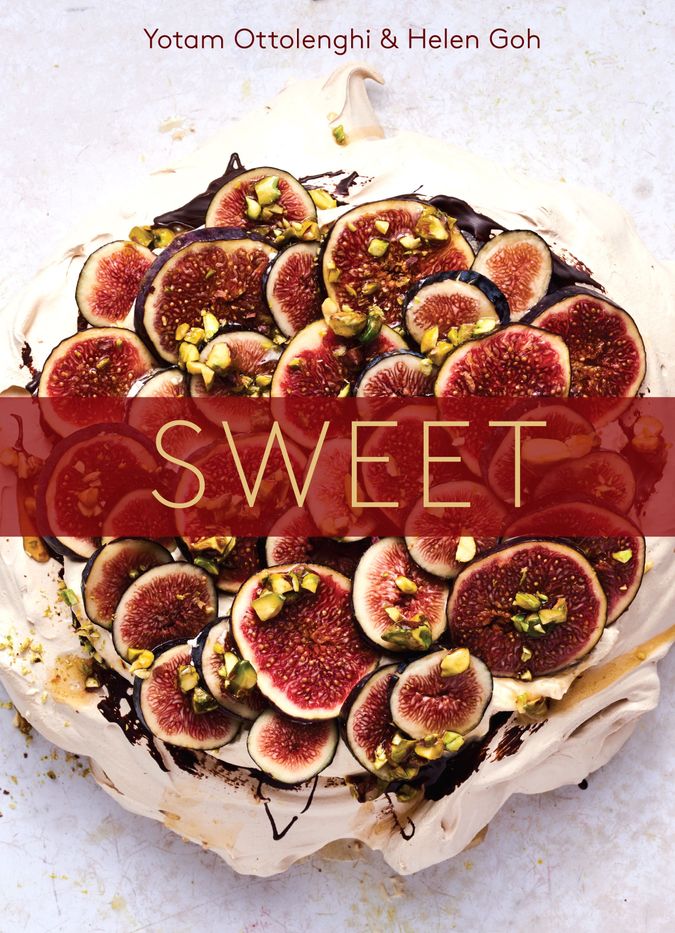 Like most of his other books, this one, called “Sweet: Desserts From London’s Ottolenghi” offers vibrant images to accompany the recipes, along with interesting origin stories and other information, all presented in Ottolenghi’s expansive, entirely friendly voice. The book is co-written by Helen Goh, who has been creating recipes for Ottolenghi’s restaurants since 2006. Together they have achieved an utterly enticing addition to the Ottolenghi oeuvre. In a recent interview, Ottolenghi discussed the book and offered some insight into the delicious dessert recipes reprinted here. Sweet!

In the introduction to “Sweet,” you write that dessert can “raise spirits and create a moment of pure joy.” During such a fractious time in our world, can a book of confections help spread joy?

We believe it most certainly can. Baking a cake or whipping up a homemade dessert is an act of domestic bliss, a way to put aside troubling thoughts, making a gesture which is purely positive. Baking a cake and offering it to friends and relatives is a way of saying that, basically, everything is just fine.

You also write that the “Ottolenghi way” is about abundance, inclusion and celebration. Can you speak more about that, and how it relates to your desserts?

When you take a look at the food counters in our restaurants and delis, or peek through our books, you see a world which is diverse — with influences ranging from the Middle East to Europe to North Africa to South Asia to the Americas — and clearly generous: big platters piled up with lots of vibrant vegetables and sprinkled with fresh herbs; mountains of giant meringue balls dusted with cocoa; an array of cakes and confectionary delights. This richness is a reflection of the spirit of Ottolenghi also behind the scenes.

Which recipes in the book, if any, are influenced by your childhood growing up in Jerusalem? Which would you say have the flavors of Israel and the Middle East?

The tahini and halvah brownies are an obvious one. I grew up with sesame seeds both in sweet and savory contexts. I don’t know many Israeli cooks these days who can do without tahini. It’s our olive oil. The Persian love cakes, made with mahaleb [cherries], almonds and yogurt, are not something I had growing up per se, but they are certainly reminiscent of the sort of flavors I had as a kid growing up in Jerusalem.

Tell me about the recipe called Not-Quite-Bonnie’s Rugelach.

I always loved rugalach, by which I mean the Israeli kind, made with yeasted dough and laminated with chocolate or cinnamon, a bit like a mini babka. When I started coming to North America on book tours, Bonnie Stern got me hooked on her rugalach, which are [of DEL?] the kind more common in North America, made with short, flaky pastry. I couldn’t get enough of them, so I asked Bonnie for the recipe and she was generous enough to give it to me. We made a few adjustments here, most notably substituting Bonnie’s apricot jam with quince jam and her pecans with walnuts, but, essentially, we stuck to her winning formula.

We’re running the recipe for the blackberry and star anise friands. What is a friand, exactly? Is there anything our readers should know about this recipe before attempting it?

Friands are little French cakes made with ground almonds and lots of brown butter. They are slightly chewy on the outside and deliciously rich and soft on the inside. Their richness is often balanced with fresh or cooked fruit. They are exceedingly delicious, pretty easy to make — just make sure you don’t go too far with the butter when “burning” it — and great both iced and un-iced.

Roma’s doughnuts with saffron custard cream would be great at Hanukkah, yes? Isn’t this recipe based on one for sufganiyot, or Israeli-style jelly doughnuts?

Indeed. Helen’s [the book’s co-author’s] mother-in-law, Roma Kausman, found this recipe in the Jerusalem Post in 1973 and has been using it every Hanukkah since. As usual, we adapted it a bit — no saffron cream in the original sufganiyot, obviously — but it is a great basic recipe, which can be used with jam or just served plain. They are sensational!

There’s an entire chapter devoted to cheesecakes! For New York Jews, cheesecake is a staple. Which is your favorite? Why a whole chapter?

We both adore cheesecakes and so do our customers. Over the years we had so many on sale that we just couldn’t pick a small selection but had to dedicate a whole chapter to them. Cheesecakes are a wonderful blank canvas on which you can feature the flavors of the season: citrus in winter, strawberries in the height of summer, nuts in autumn, cranberries in December, chocolate all year round. The options are endless, really. To choose one favorite is excruciating. If I must, I’d go for the rather unusual baked ricotta and hazelnut cake, an Italian-style cheesecake, with chocolate drizzled on top.

We are also running the recipe for the cinnamon pavlova with praline cream and fresh figs. Can other fruit be substituted once figs are gone from the market?

This is an unusual pavlova because the meringue is made with brown sugar, which makes it really chewy, but in the best possible way. It’s such a celebration of flavors: cinnamon, brown sugar, figs, nuts. I can have it every day. If you can’t get figs, poached or raw pears would work pretty well here, too.