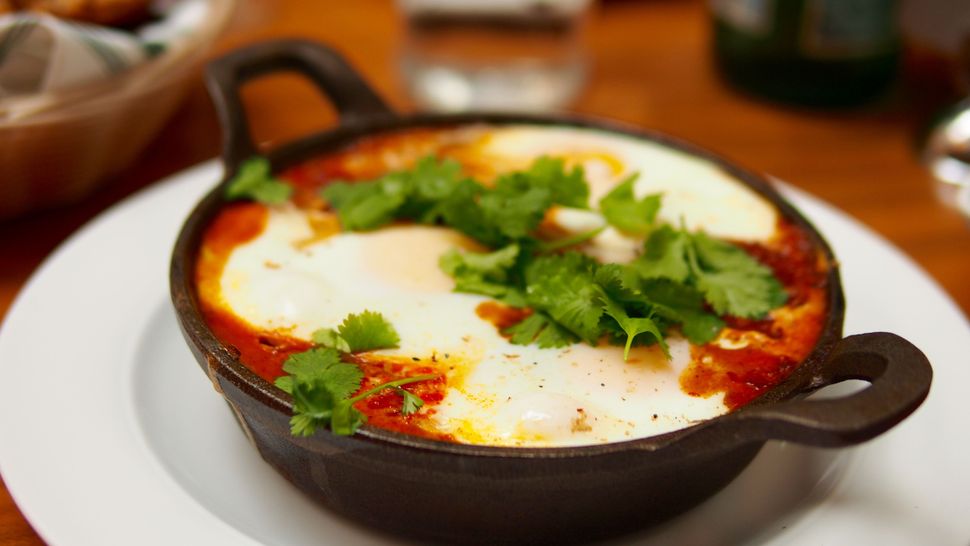 A day after attending James Beard Award-winning chef Michael Solomonov’s Israeli brunch, part of the New York City Wine & Food Festival (NYCWFF), I’m still too full to type much — so my pictures will have to tell most of the story. 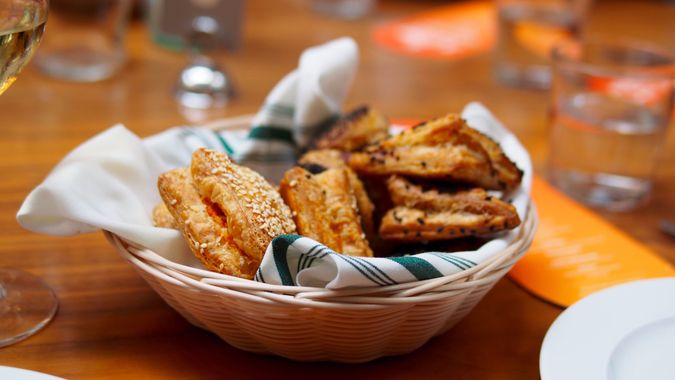 First, there was a basket of beautiful little bourekas, flaky pastries filled with a variety of sweet and savory ingredients — apple and tahini, foie gras and porcini mushroom, sweet potato and goat cheese.

Solomonov, who with business partner Steve Cook owns the Philadelphia-based CookNSolo restaurant group that includes Zahav, Dizengoff, Abe Fisher, Federal Donuts, Rooster Soup Co. and Goldie, told the diners who filled the lovely sky-lit Café Medi that he had warned his kitchen staff that the recipe was originally his great-grandmother’s — that it had made its way from Toledo, Spain, to Bulgaria, and then to Israel before finally arriving in the U.S. — “So you better not screw it up!” he said, to a huge collective guffaw. 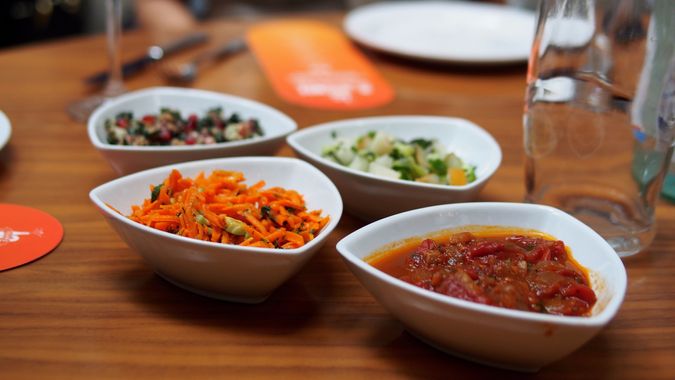 Next came salatim, a variety of little vegetable dishes, including Moroccan carrots with pine nuts; cucumber with Asian pear and pomegranate seeds; and apple & walnut tabbouleh.

The baked egg dish, shakshuka, came out next, served in small, round cast-iron skillets — the eggs perfectly cooked in spite of the enormous number of mouths being fed at once. 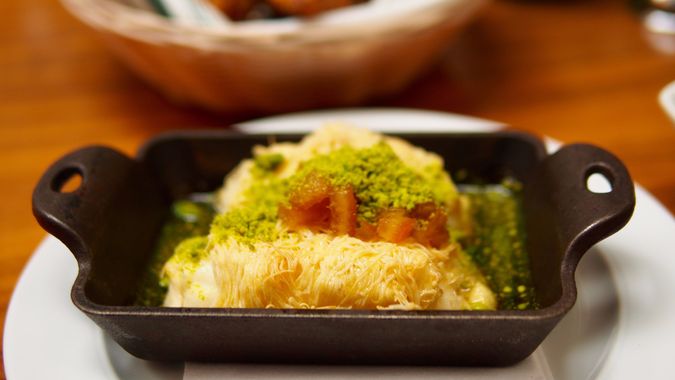 Around this time, shallow bowls of hummus were brought to each table. 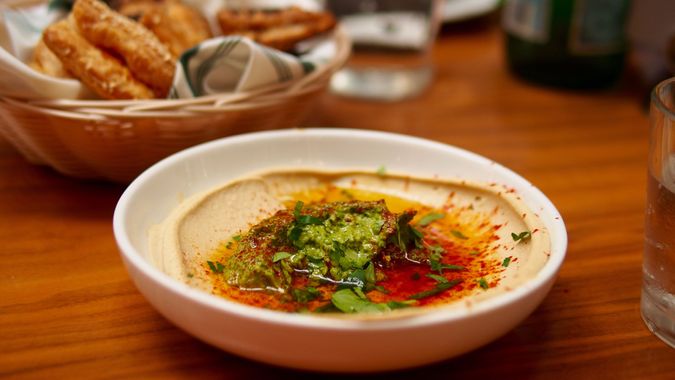 A little something to dip the freshly baked challah into. Image by Liza Schoenfein

These were quickly followed by gorgeous loaves of freshly baked challah sprinkled with the Middle Eastern spice blend za’atar. 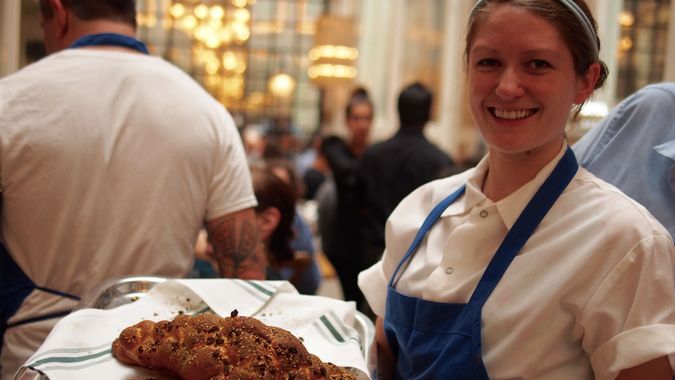 The showstopper, as it is at Solomonov’s Zahav restaurant in Philadelphia, was the burnished, glistening lamb shoulder with pomegranate glaze and chickpeas, served with a side of saffron-infused Persian rice. 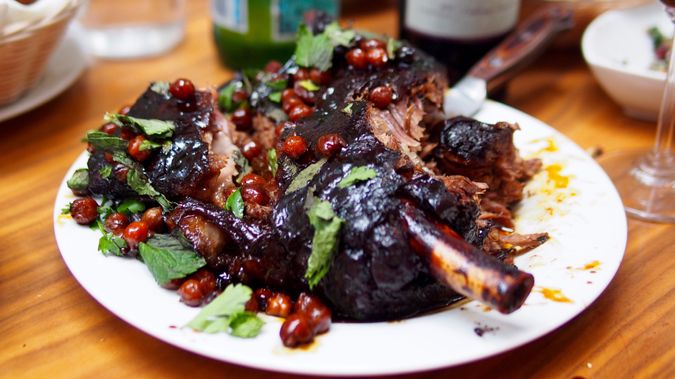 A dessert of honey cake with labneh and dripping honey comb, meant for dessert, came out of the kitchen mid-meal, but it didn’t matter. 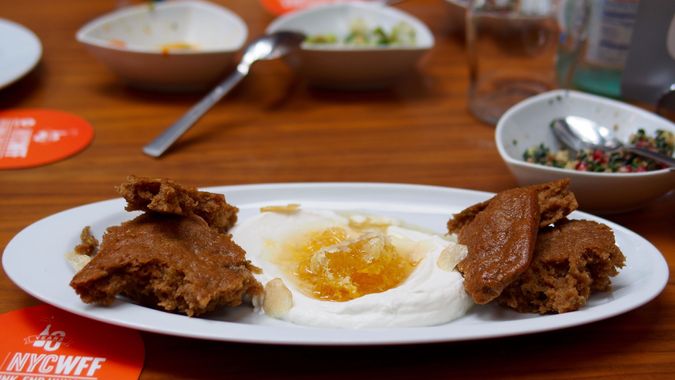 The food was fantastic, the mood was festive, and for New Yorkers who may only have known the Philly-based chef for his hummus at Dizengoff in Chelsea Market, it was a chance to indulge in the full Solomonov experience.

Liza Schoenfein is the food editor of the Forward. Contact her at [email protected] or on Twitter, @LifeDeathDinner. Her personal blog is Life Death & Dinner.