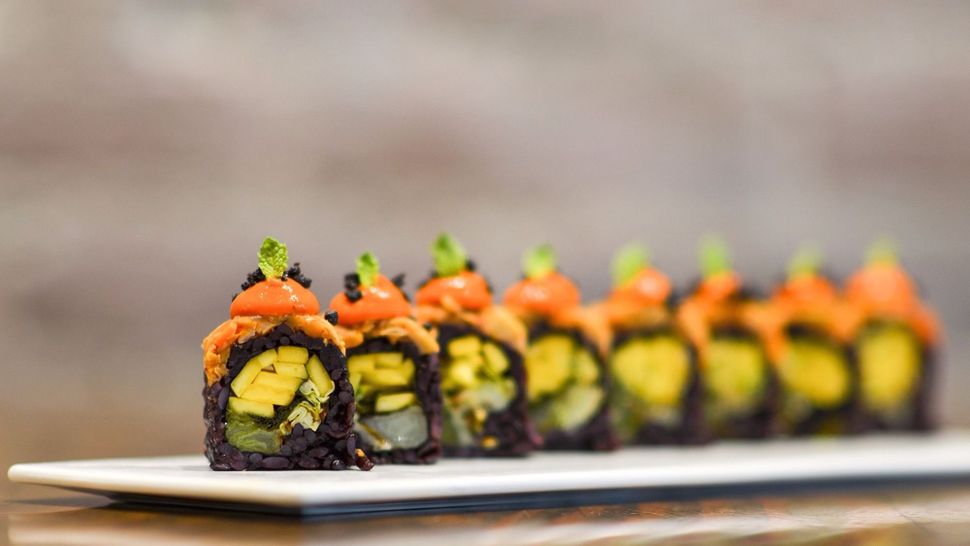 Call it nouveau vegan: As diners demand more healthful options, plant-based cuisine is having a moment — and Jewish chefs are leading the charge. One of the pioneers is Guy Vaknin, whose 5-year-old Beyond Sushi has exploded from a modest counter in Manhattan’s East Village to a five-restaurant chainlet. Days after Vaknin and his wife/business partner, Tali Vaknin, obtained kosher certification for Beyond Sushi, the Forward’s Michael Kaminer caught up with the charismatic, preternaturally calm chef, who was once a finalist on Gordon Ramsay’s “Hell’s Kitchen.”

Michael Kaminer: Your sushi rolls boast such beautiful colors and complex flavors. How do you design them?
Guy Vaknin: The products come from my imagination and the time that I spend at the farmers market and by seasonal produce. I test different pairings and combinations of flavors. I like spending time in my kitchen until I achieve the flavors that work best.

After five very successful years, why get kosher certification now?
I came from the kosher world [Vaknin’s family owned the New York City kosher caterer Esprit Events], so I’m very familiar with everything kosher. When I first opened Beyond Sushi, everything was vegan, so I didn’t see the need to be kosher. But I’ve had so many requests from customers that we finally decided to get our certification.

Say I’m a raw-fish fanatic who’s never tasted your sushi. What should I try first?
Definitely the “Spicy Mang” roll: black rice, mango, cucumber, avocado. You won’t miss the fish at all.