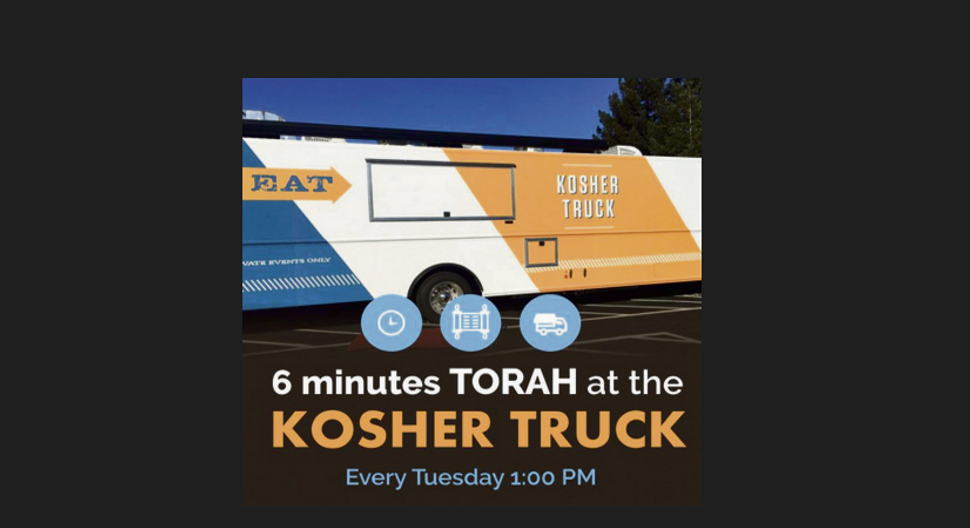 It took almost 18 years, but kosher-observant employees at Facebook’s main campus in Menlo Park, California, finally have a kosher dining option. According to YNetNews, the venue — a large “caravan” that’s being called “Kosher Truck” — joins 11 other eateries at the company’s enormous headquarters.

Kosher Truck, which is open to all of Facebook’s 6,000 Silicon Valley-based employees, serves Israeli/Middle Eastern food, and will also offer a 6-minute weekly Torah study session.

The truck goes from one side of the Silicon Valley compound to the other, offering both take-away and sit-down meals.

Facebook was co-founded in 2004 by Mark Zuckerberg, who has recently begun to make public references about being Jewish. In September of 2017, soon after the violent white supremacist rally in Charlottesville, North Carolina, he posted on Facebook that on Shabbat he’d given his daughter Maxima, called Max and named for her great-great grandfather, a Kiddush cup that had been in his family for 100 years. The post was accompanied by images of the Max drinking from the cup, with candles and challah in the background.