Where Does Your Falafel Come From? An Interview With Celebrity Chef Adeena Sussman 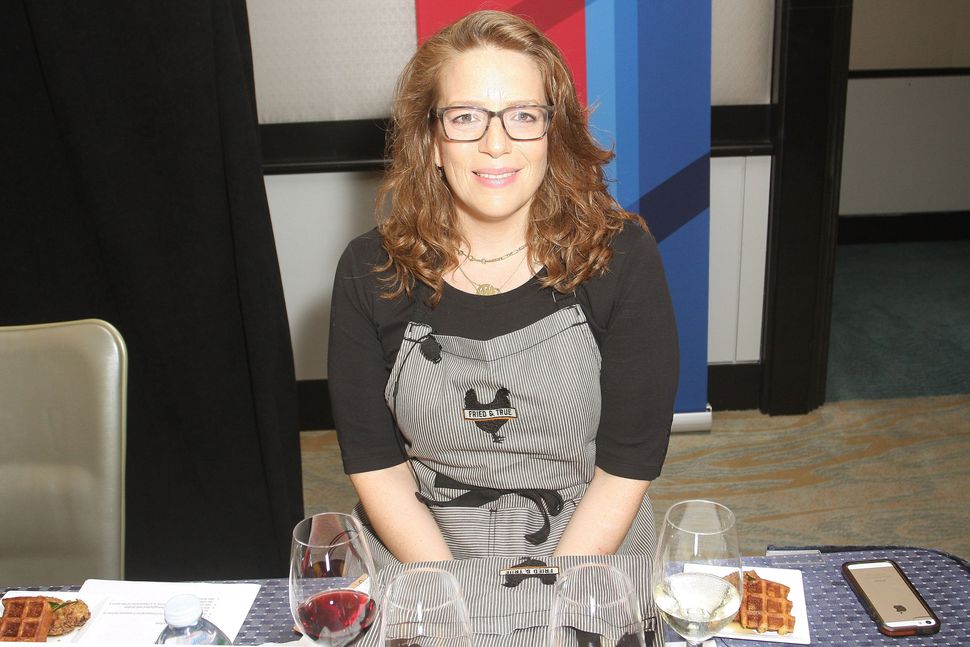 Celebrity chef Adeena Sussman recently moved to Tel Aviv after years of working her food magic in New York. I sat down with her this past week to talk about Chrissy Teigen, Israeli food versus American food, and how to eat more adventurously.

“My move to Israel drove me to understand what Israeli food means,” Sussman told me. “How all the different ethnic groups impacted local cuisine.”

There’s falafel, for one thing. The signature food of Israel, this savory dish is of Middle Eastern descent, composed of spiced, mashed chickpeas formed into deep-fried balls, usually eaten with some kind of bread. Its origins are the stuff of controversy, but common opinion holds that the dish dates back to Coptic Christians in Egypt, who ate it as a replacement for meat during Lent.

“It’s wrapped in all kinds of different bread,” Adeena says. “There’s the laffa, which is a Syrian bread, there’s a pita…you can even get falafel in a baguette.”

Israelis love a meal course dedicated solely to salatim and it’s there that you can really see the evidence of Israel being a culinary melting pot. These salatim contain a variety of ingredients, from Moroccan salad to chopped liver.

“The differences blended over time,” says Adeena. “But people are very proud and aware of their origins. If you’re eating a fish and you call it Moroccan, someone will correct you and say it’s Tunisian.”

“People know labneh is Arabic. People know matboucha is Moroccan salad. People are interested in where their food comes from. Israeli offers so many great raw ingredients, and it’s great that people are concerned with knowing the origins of their food,” says Sussman.

So how does Israel compare to America when it comes to food?

“Israeli culture has gone through a lot,” she says. “The hottest restaurants in Tel Aviv are all Asian. Some elements of Asian food might eventually find their way permanently into Israeli cruisine but that isn’t Israeli cruisine yet.”

Most of Tel Aviv’s offerings are seasonal; certain foods are just impossible to find off season, unlike in America, where everything is available year round, either through the chemical processing procedure the goods are created from or from the constant rate of food import America has.

Today, Sussman is busy doing photoshoots for new cookbook, Sababa (look out for it in May 2019). ‘Sababa’ is classic Israeli-Arabic slang meaning ‘all good’, ‘great’, ‘cool’, ‘yes’, ‘YES!’ and ‘sure, no problem’. Sussman often finds herself stuck doing reshoots because she can’t find necessities like corn or avocados.

“In some ways, Israel is more authentic than America,” says Sussman. “But pineapples are never local-grown in the US. They’re grown all year in Hawaii and imported. That’s a good way the import system works. Now in Israel they’re starting to grow pineapples. They’re treasured, as a celebratory thing.”

In some ways, this is simple supply and demand. There are less pineapples in Israel, so they’re more expensive and rare. In another way, I see this is more authentic, how food should be had, long-awaited and eagerly consumed.

“Tel Aviv was ahead of America with shuk (market) culture,” she says.

Israel boasts two big shopping markets, with vendors hawking their wares and exclusive restaurants nestled unexpectedly within (Machaneyuda in Jerusalem and M25 in Tel Aviv, both eateries that demand reservations weeks in advance).

“From a food perspective, what’s happening abroad is happening in Israel,” she says. “In Tel Aviv’s Carmel shuk there are several new pita places. Carmel (super-trendily having zero online presence) and Panda Popup, that offer vegan pitas, which is an offshoot of the Miznon success model.”

Even Chrissy Teigen into the world of Israeli cooking.

“I was surprised and pleased with that,” Sussman says. “She has a curious palette and she travels a lot, so I wasn’t too shocked that she finally got around to it.”

So what are some differences between food culture in America and in Israel?

Israelis tend to travel more extensively; the rite of passage where young Israelis travel the world for a year post-army has had large influences on Israeli food choices.

“Travel expands people’s flavor profiles,” Sussman says. “People who grew up with Israeli spices are getting exposed to Asian umami and vice versa.”

What’s Sussman cooking up these days?

Right now Sussman is perfecting a pickle recipe for her cookbook. She’s also been making an arugula salad with pomogranate dressing and experimenting with tehina with chives and lemon zest. New flavor profiles and unexpected combinations seem to be what’s on Sussman’s mind these days.

“I think it’s time for Ashkenazi food to come front and center,” she says. “Cholent, salmon, gefilte fish. There’s the Gefilteriaand the Gefilte Manifesto…Ashkenazi food’s often been overlooked in favor of more exciting Mizrachi food, but half of Israel is Ashkenazi. All of the cuisines will eventually have their day in the sun.”

“Create your own condiments,” she says. “Halva, schug, preserved lemon syrup. Thinking of out of the box ways to use them. I use schug to marinate chicken thighs in honey. Think of them as what they can do for your food and not where they came from.”

From homemade matboucha to babaganoush, here’s to eating more adventurously.

Where Does Your Falafel Come From? An Interview With Celebrity Chef Adeena Sussman