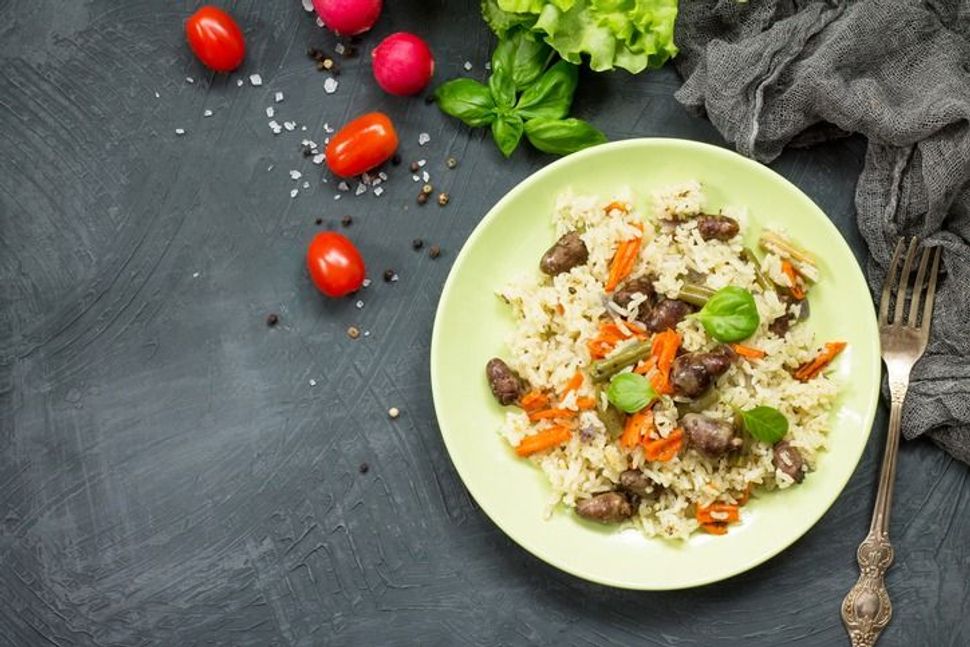 There’s a dearth of female celebrity chefs in the stratosphere right now. But even more tragic than all that is considering the female chefs whose culinary contributions are not widely known, to whom history hasn’t given its due.

One such woman was Mildred Lubritz Covert.

Who? You’re probably asking. She doesn’t have the name recognition of Julia Child or Martha Stewart, but the reverberations of her effect on the world of kosher cooking are still heard.

The glossary of the Kosher Cajun Cookbook is a thing of wonder, with translations for words like gabbai (Jewish sexton) and grandpere (French and Cajun grandfather), menorah (eight branched candelabra) and mirliton (a pear-shaped vegetable in squash family). It is the dream of America as a mixing pot of different ethnicities come to pass, the impossible promise of America as a place where everyone is welcome being fulfilled.

What compelled her to blend two of the most disparate culinary traditions? What inspired her to take New Orleans cooking, so inherently treyf, and make it kosher?

“Even though I came from an Orthodox home and I consider myself pretty steeped in Jewish tradition,” Covert said in a speech at the 2004 Culinary History Symposium. “I am a born New Orleanian, so that even in a kosher home, I eat New Orleans food. I eat red beans and rice, jambalaya, chicken and sausage gumbos, things that my ancestors never even heard of. So, again, comes that word, my favorite word: adaptation. You adapt to your surroundings. You adapt to taste.”

On May 10, 2015, Mildred Covert passed away, at 88. Scans of her cookbooks are still available on eBay and Amazon. 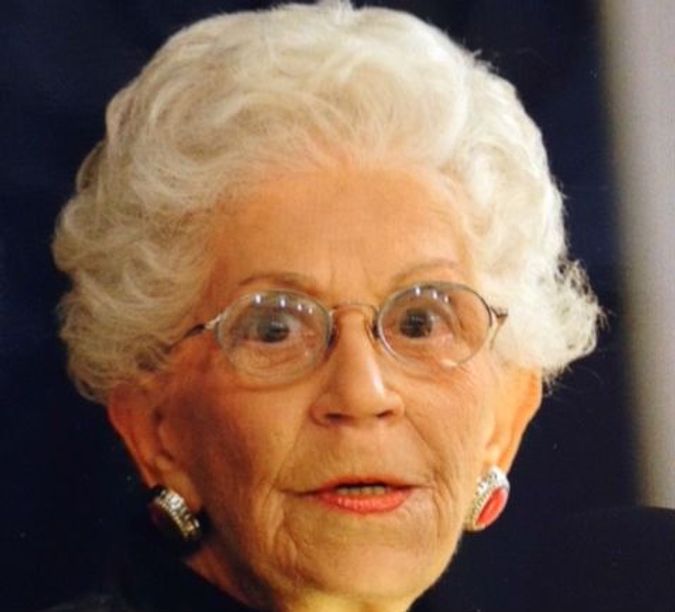 Image by Courtesy of Martin Covert

I spoke to Martin Covert, Mildred’s son, about his memories of his mother.

“Everything was about her cooking, from the time I can remember,” he wrote me. “She used to joke that she liked to cook and my father (David Covert) liked to eat, so they made a perfect couple. She used to make out a few week’s worth of menus ahead of time, for dinnertime, and when friends would come over they would look at the menus and ask if they could come to dinner on certain nights because of what she was cooking.”

Martin Covert grew up in a home with a non-kosher kitchen, but strict rules against serving ham and mixing milk and meat. “But when my father wanted to enjoy fresh seafood or corner-store hot tamales (also a New Orleans delicacy at the time), my mother would put newspaper over the dining room tablecloth and we were treated to one seriously non-kosher meal about once a month,” Martin told me.

After Martin went away to Young Judea camp and came back a fervent admirer of Judaism and Zionism, his mother used that as an excuse to turn the house strictly kosher.

“That’s when she figured out how to turn traditional New Orleans recipes into kosher ones, by substituting beef-fry or corned beef for pickled pork seasoning in red beans and rice, strictly kosher ground meat in dishes like Creole stuffed peppers or eggplant, and flaked fish similar to today’s crab salad at a sushi restaurant instead of crabmeat over trout for the popular Meuniere sauce dishes.”

It was thanks to Pearl Jones, the African American housekeeper who worked for Mildred’s mother, that Mildred first encountered kosher Creole cuisine. Mildred’s parents “kept a strictly kosher home, so it was actually Pearl who was a fabulous cook and was told what she could and could not use in dishes at that household. She literally adapted her experience as a Creole cook and made substitutes, figuring out what to use to keep the dish tasting as close to original as possible and by using ingredients she had not used before. She figured out what to use in place of pork or ham, and she taught them all how to make the best cream sauces and cheese toppings, but only when serving meals devoid of meat (the best fried and grilled fish with macaroni and cheese or vegetables with creamy cheese sauces while we had non-meat entrees).”

Martin shared with me some cooking tips he got from his mother: Go to the grocery a lot. Have lots of spices and other ingredients on hand all the time so when you feel like cooking you have the essentials already on hand. Stock the pantry with canned tomatoes, always keep your spices and your baking supplies (baking powder, baking soda, vanilla, honey, etc.) replenished. Make sure you always have plenty of onions and potatoes in the house. Think about what you want to cook for the week and have it in the house, ready to start. Cook dishes in stages. Don’t wait to boil eggs until you’re ready to make tuna salad. Boil the eggs a day before and let them cool in the fridge, for example.

Alan Gerson, son of Sylvia Gerson, Mildred’s co-author, told me that like Mildred, his mother began mixing Creole and kosher fare in order to make meals to her second-generation New Orleanian husband’s taste. It seemed both Mildred and Sylvia committed to combining cultures to please their New Orleanian spouses who yearned for shrimp po’boy, even as they committed to keeping a kosher kitchen.

In every Southern Jewish cookbook, in every Matzah Meal Fried Chicken recipe, in every Jew of color who might feel seen and recognized within the pages of The Kosher Creole Cookbook, Mildred Covert and Sylvia Gerson’s culinary contributions linger.

“Don’t you just love those long rainy afternoons in New Orleans when an hour isn’t just an hour — but a little piece of eternity dropped into your hands — and who knows what to do with it?” Tennessee Williams famously wrote in A Streetcar Named Desire. What to do on those long rainy afternoons? Maybe it’s time to cook some Jewish jambalaya, or Big Daddy’s (Kosher) Fish Soup.

Shira Feder is a writer for the Forward. You can reach me at feder@forward.com