Synagogues Are Going Vegan. Is Tofu Cholent The Future Of Kiddush? 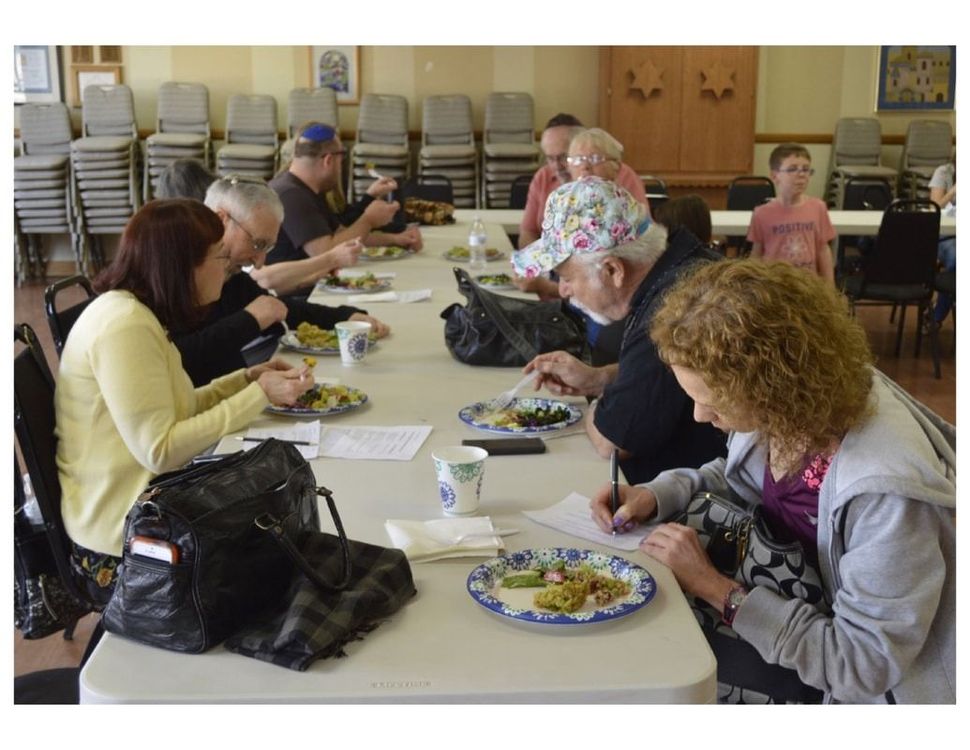 The Synagogue Vegan Challenge was simple. Five synagogues. $25,000, distributed equally between them. A commitment to giving a year’s worth of vegan programming. Funding was provided by VegFund, a program that provides grants vegan activists of all sorts. The money, as per the Q&A on the site, is designated only for the purchasing of vegan food items, like sunflower seeds.

The Jewish animal welfare group behind this venture, ​The Shamayim V’Aretz Institute, of which Big Bang Theory star Mayim Bialik is a founding member, is dedicated to putting animal welfare on the Jewish agenda.

The amount of vegan synagogues in the United States before the Synagogue Vegan Challenge? Zero.

After the challenge? Five now, but the sky’s the limit. The first five vegan synagogues in America are Romemu of New York, Rodef Shalom of Colorado, OHEL of Florida, Agudath Jacob of Illinois, and Ohev Sholom Temple in Virginia.

“This is about saving lives,” Rabbi Dr. Shmuly Yanklowitz, leader of The Shamayim V’Aretz Institute, said in a released statement. Yanklowitz, 36, has been vegan for 6 years. So is this the dawn of the Vegan Synagogue? Who knows! At least they’ll be saving money skipping on the brisket.

Shira Feder is a writer for the Forward. You can reach her at feder@forward.com or @shirafeder

Synagogues Are Going Vegan. Is Tofu Cholent The Future Of Kiddush?