What The Recipes You Save Say About You 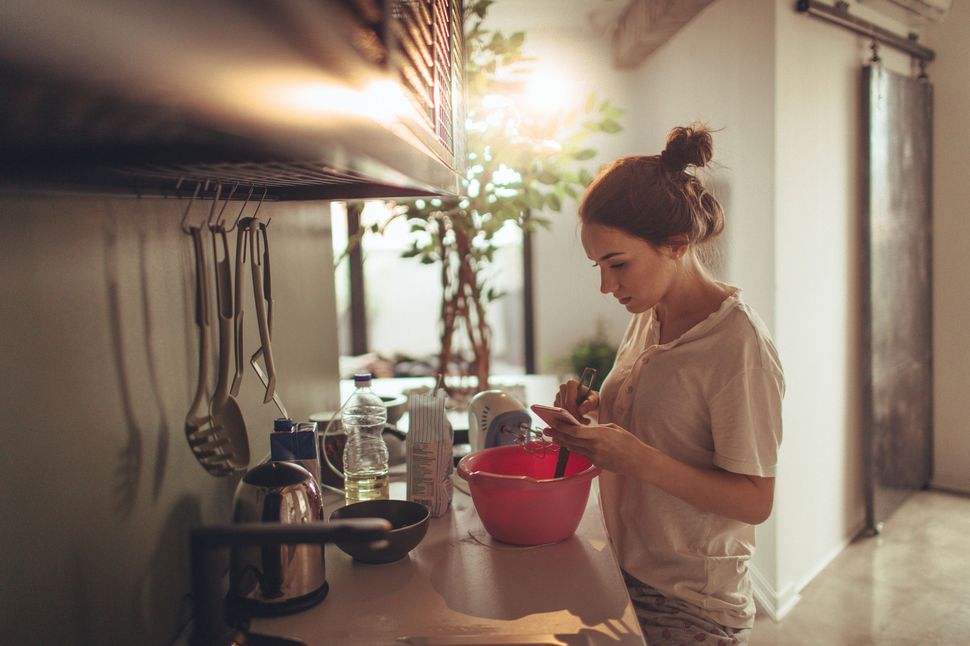 It’s the recipes we save that say a lot about who we are and what we choose to remember. Saving your grandmother’s brisket recipe is about honoring her memory, not letting her be forgotten, and keeping a small piece of her present.

Jews, of all people, know the significance of recipe collecting. So much of Jewish culture is entwined with Jewish food, from black and white cookies to matzo brei, that the foods Jewish people choose to keep making become silent evidence of Jewish endurance.

Like the Torah, transmitted orally for generations until it was committed to paper, most of our grandmothers cooked from memory. They knew their way around a kitchen instinctively, feeling around for this package of flour and that container of chocolate chips, without even bothering to use exact measurements. Unfortunately, we’re not quite as cozy in the kitchen as my forebears. We need to commit these recipes to paper, to preserve them for future generations, so the black and white cookies do not fade into the distance like other Jewish foods of yore, like the charlotte russe.

One food writer who understands this more than anyone is Jessie Sheehan. Her new cookbook, The Vintage Baker, is a compendium of vintage recipes with some rather fetchingly retro illustrations. I got in touch with Sheehan about the best way to make sure your favorite babka recipe doesn’t get forgotten, what the recipes we save says about us, and how women used to cook.

Shira Feder: As a food writer focused on Jewish food, I spend a lot of time writing about foods that history forgot. What do the recipes we as a society choose to save and not save say about us as a culture? 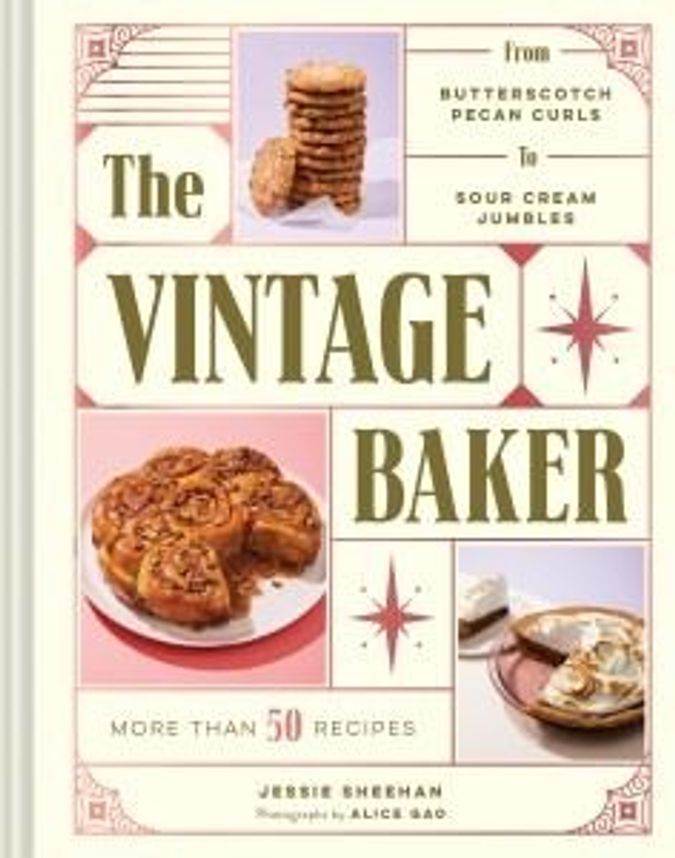 Image by Courtesy of Jessie Sheehan

Jessie Sheehan: Wow. Hmm…I’m not sure I feel equipped to answer this question on behalf of society at large, but I can tell you why I choose to save or not save certain recipes, and what that says about me culturally. I have two criteria. The first is whether something is honestly delicious.

The second is whether the recipe has meaning for me: “Meaning” because it is a recipe for something someone I love made for me on the regular, like my paternal grandmother’s lemon velvet sheet cake, mini chocolate chip cookies, or flourless chocolate jelly-roll cake. Meaning equals memory and I save and remake the recipes that remind me of my grandmother and my cousins and visits to Cleveland as a child to spend time with them all.

And more often than not, if we were altogether, it was over a weekend and we would celebrate Shabbat dinner, or it was over Passover and there would be a Seder. Thus, for me, the meaningful recipes I save are very much connected to my Jewish cultural identity. Judaism is more about family and memory for me, than it is about a day-to-day practice, and food plays a large and vital role in that.

You have a background in law. How did that help you research and develop old fashioned recipes to retweak them for a modern audience?

Much of lawyering involves research and writing about the past, as arguments are made and cases built on what did or did not happen previously. The Vintage Baker is a collection of old recipes – evidence in fact of what did or did not happen in the kitchens of an earlier time. The recipes come from my cache of vintage recipe booklets and my lawyering skills as a researcher played an essential role in how I tracked down booklets that I read about, but did not own, how I discovered which recipes to include in my book, based on how popular they were and why. 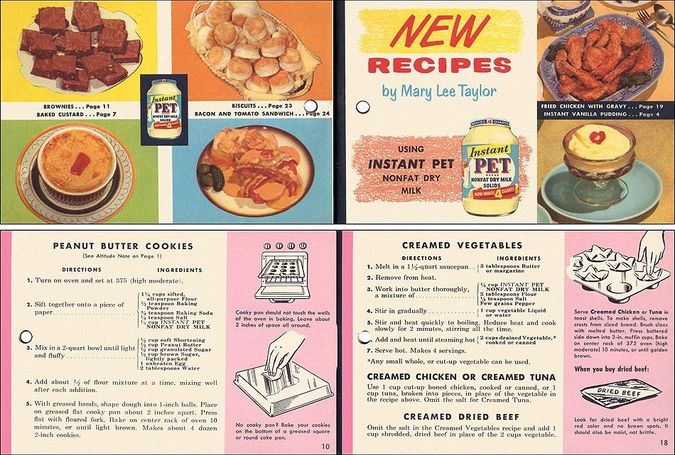 How did the marketing of recipe booklets change over the years?

The marketing message of the booklets changed depending on the decade in which they were distributed. Booklets from the early 1900s, influenced by the 1906 passage of the Federal Pure Food and Drug Act, regulating food safety, advised women to keep their families healthy by baking with the “pure” and “healthy” ingredient advertised within their pages. During the Great Depression, the booklets of the 1930s appealed to the housewife’s frugal nature and sense of convenience. They implored her, for instance, to save money and time by leavening her cakes or waffles with baking powder, as opposed to doing so the old-fashioned way, with eggs or yeast.

Finally, the booklets of the 1950s, the salad days of the housewife, as it were, emphasized how dazzling the life of the booklet-wielding homemaker might be, encouraging her to bake “delicious, glamorous cakes” and to tell her neighbors of the fabulous ingredient she’d been introduced to so “that they [too might] enjoy luxurious living.” The women serving cakes and cookies in the images of these mid-century booklets always wear long, gorgeous dresses, with low-neck lines, and pearls, and I love them for it, as I run around my kitchen in my clogs and thick canvas apron…

What does updating recipes for the modern chef entail?

It entails a combination of updating flavors via additional spice (banana fritters become chai banana fritters) or the inclusion of citrus (shortbread becomes lemon pepper shortbread), or an alternative flour (pie crust becomes almond-flavored pie crust) or milk, plus a removal of the above mentioned short cuts – cherry pie is made with homemade cherries and butter replaces shortening in the crust, for example. And almost every recipe calls for more salt than in its corresponding original — and more vanilla…two little tweaks that go a long way in making the flavors in my revamped sweets really pop.

How can we ensure now that our favorite recipes, like a certain home-made babka, won’t get forgotten in the future? Is it simple as ‘just keep making them?

Hmmm…the short answer is: yes. The more we make the recipes passed down to us by our grandparents or parents, for instance, and feed them to others, the more likely they will be remembered. My children love my lemon velvet sheet cake and know it is a riff on the one my grandmother made me when I was little. But as much as making our favorite recipes is important, I also believe telling stories about them is key. I am a food writer, and I tell stories about food for a living, but it is the stories that have a past – stories about recipes that have been passed down in a family, or traded amongst friends, that truly resonate and – most importantly – insure a robust future for that chocolate babka that everyone is so smitten with every time you make it.

Shira Feder is a writer. She can be reached at feder@forward.com

What The Recipes You Save Say About You