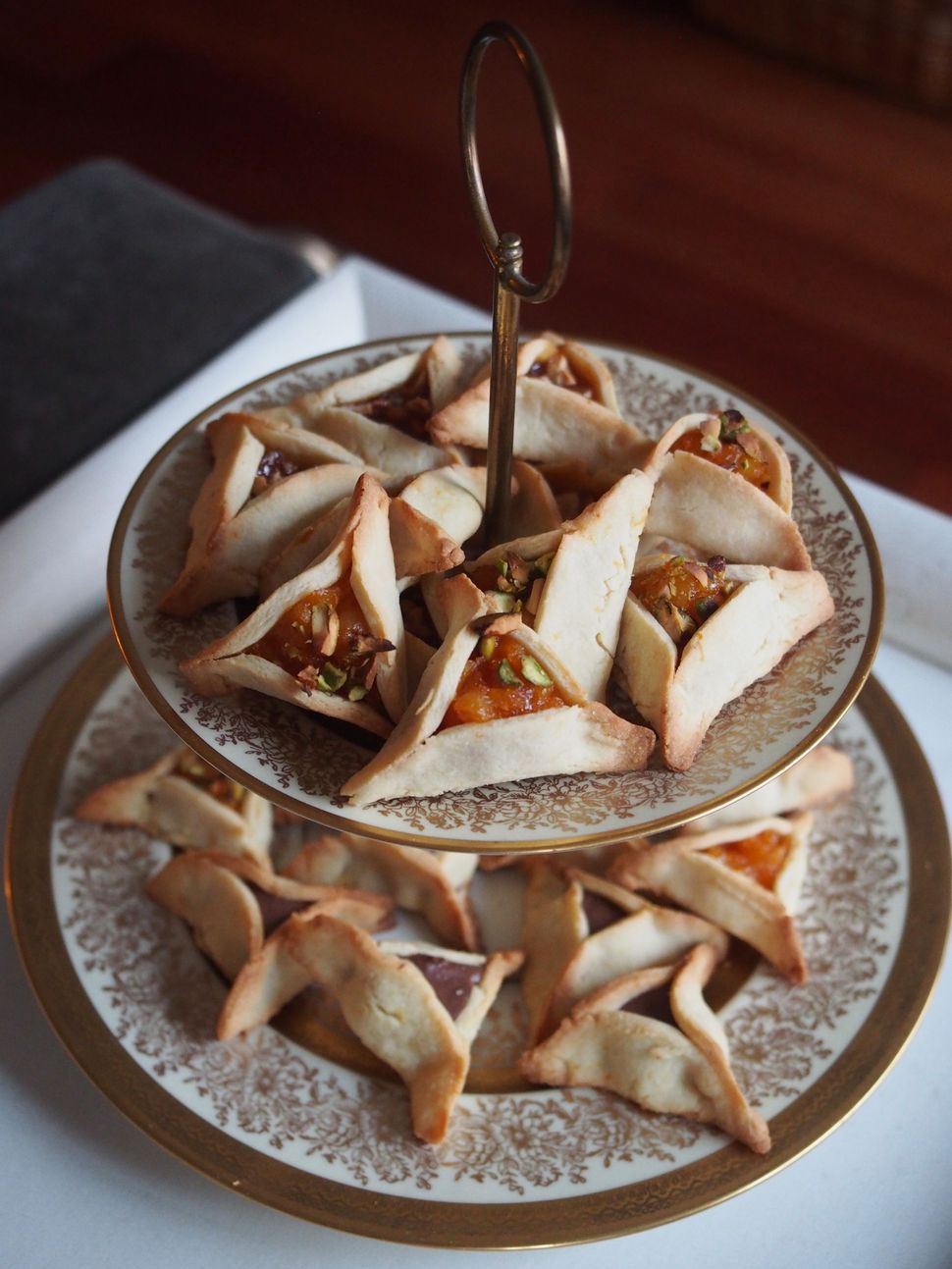 There’s a reason hamantaschen recipes stress the importance of working with well-chilled dough. The cookies I made last––rolling out a ball of the dough from leftover scraps without giving it enough time to chill in the fridge––didn’t hold their shape in the oven and caused the filling to leak out a little.

For the fillings, quantities vary depending on whether you choose to fill your hamantaschen with a combination of suggested fillings or only one or two. The amounts offered below assume you will be using all three fillings for one batch of dough.

½ cup water (plus more if needed)

For the chocolate-hazelnut filling:

1.In the bowl of a stand mixer, cream the butter and sugar until pale and fluffy, about a minute, scraping down the sides as needed. Add egg and mix until combined, scraping down sides again. Add orange zest, vanilla and salt, and mix to combine. With mixer on low speed, add flour a little at a time, then mix just until dough comes together and looks relatively smooth. (At first it will look lumpy.)

2.Turn dough out onto a clean surface and form into two 1-inch thick disks, working dough as little as possible. Wrap in plastic wrap and refrigerate for at least one hour.

3.Meanwhile, prepare fillings. To make apricot filling: Place chopped apricots, zest and water into a small saucepan and simmer, covered, about 10 minutes, until liquid evaporates, stirring occasionally. (Check occasionally and add a little more water if it all evaporates before apricots are soft.) Off the heat, stir in jam, then transfer to a bowl to cool. 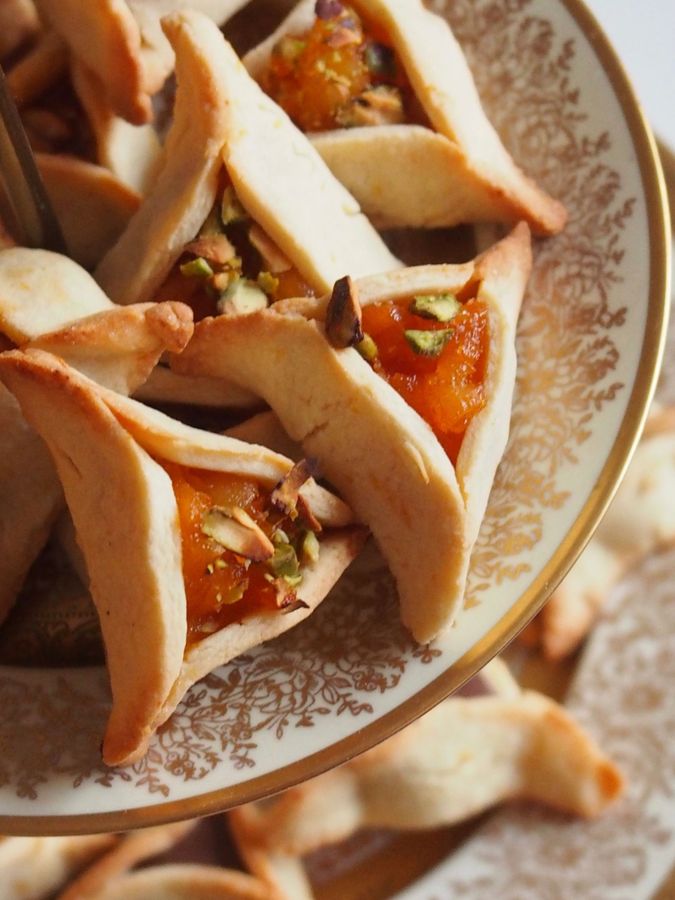 5.Using a rolling pin, roll one disk of dough out onto a floured surface until it’s a little more than ⅛-inch thick. Using a 3-inch round cookie cutter and working quickly to prevent the dough from warming up, cut into as many circles as possible, placing them on the prepared cookie sheets as you go. Gather excess dough into a disk, wrap in plastic wrap and refrigerate for a half hour or so. (If the dough gets too warm, the hamantaschen will not hold their shape when baked and the fillings may leak.)

6.Roll out second disk of dough and repeat the process above.

7.Working quickly, place a scant teaspoon of filling onto the center of each round of dough. For apricot fillings, sprinkle with a few pieces of chopped nuts. Lift up two “sides” of the circle of dough, connecting them into one point of a triangle and pinch. Lift opposite “side” of circle, forming the other two points of the triangle, and pinch them closed. Repeat with remaining dough. (If dough becomes soft/warm, place cookie sheets in the refrigerator for 10 minutes before baking.)

8.Bake for 16-18 minutes, until cookies are pale golden and corners are beginning to brown.