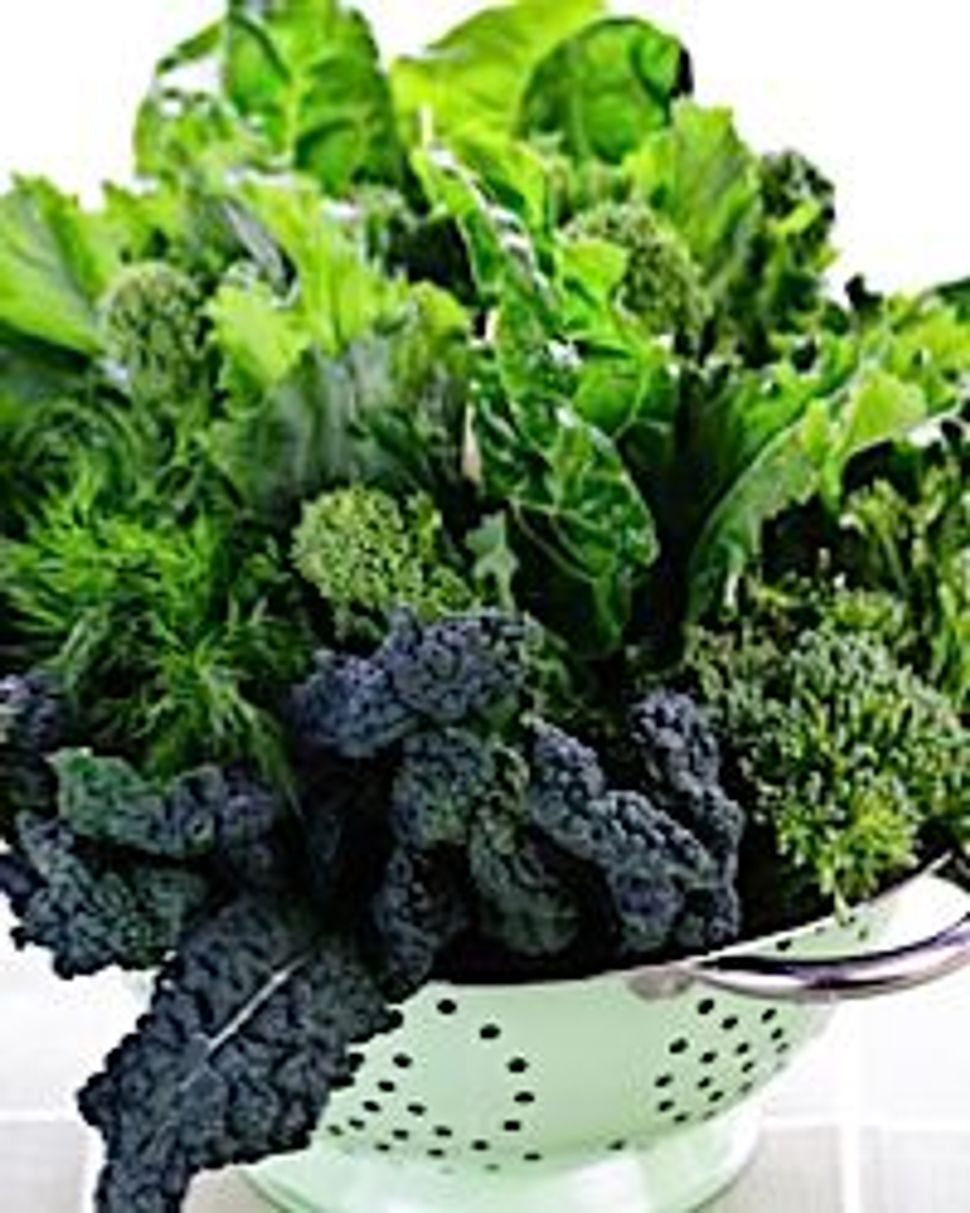 I was, quite literally, born to cook traditional Shabbat dinners for large groups of hungry guests. Named for two of my great-grandmothers, I grew up being regaled with tales of their culinary abilities. My maternal great-grandmother, Pesha, was known for her Shabbat challahs, pastries and cookies. Even as adults, all of her children visited her on Friday afternoons to pick up that week’s batch of Shabbat sundries.

According to family lore, my other namesake Malya was renowned throughout 1930s Brooklyn as a hostess and entertainer. Her son and daughter-in-law, my grandparents, repeatedly told me that several women met their husbands-to-be around Malya’s dining room table. When I got married, my friends compiled a cookbook for my bridal shower, and my grandmother contributed Malya’s famous homemade blintzes, often discussed, but only once, to my recollection, reverently produced by my father in an extravaganza of oil and butter that lasted into the wee morning hours.

Clearly, my foremothers and namesakes have thrown down the balaboosta gauntlet. And while I loved growing up with these stories, I never identified with this aspect of my metaphorical birthright. For one thing, I was raised by a health-conscious hippie mother in a household where fruit was essentially the only sweet. (I didn’t actually know what a cookie was until an incredulous fellow 3-year-old enlightened me at Gymboree.) Even though I grew to appreciate baked goods, my few attempts at channeling any potentially inherited baking prowess in my 20’s were dismal failures.

In one stunning example of failure and compassion, I took my now-husband’s enthusiastic consumption of two of the burnt and misshapen lumps I generously called chocolate hamentashen as a declaration of true selfless love. But the experience just compounded my sense of disconnect from my perfect pastry producing namesakes.

When we hosted our first Shabbat dinner as a married couple, it was time to face the music. I would atleast have to cook — but hopefully not bake. Hunting for exciting recipes, I came across one entitled massaged kale salad. Raw kale, I learned, can be prepared via an extended massage with an acidic liquid, in this case a mix of lemon juice, soy sauce and olive oil. The massage breaks down the tough cell wall, rendering the kale soft and silky with no oven or stovetop involved. The recipe said to massage vigorously for at least 20 minutes. I was skeptical but intrigued.

On Friday afternoon, with a mountain of kale ribbons piled up in my fresh-off-the-wedding-registry salad bowl, I poured the dressing and began what I assumed would be a long and tedious 20 minutes. As I dug my fingers into the bright green heap, I began to think of my namesakes preparing their own Shabbat meals. Squeezing the kale and watching the pile shrink and the green color deepen, it struck me that my repetitive massaging motion was actually an echo of the kneading Pesha and Malya likely performed in their own kitchens on so many Friday afternoons, with countertops covered, as mine were, in the ordered chaos that always comes before Shabbat guests. It occurred to me that the legacy of my namesakes legacy is really about investing time and care in connecting with friends and building community around fun food, and in that I am their inheritor after all.

The massaged kale salad got rave reviews that Friday and has become a staple on my Shabbat table. Maybe someday my great-granddaughter will even hear about it.

Toast the seeds in a heavy bottomed pan until just golden. Toast each seed type separately; as they will all require different timing. Mix the dressing ingredients in a measuring cup or small bowl.

Slice the greens into ribbons, removing the fibrous stalks. Place the greens in a (very) large salad bowl and pour the entire cup of dressing over the greens. Massage the dressing into the greens with your hands, rubbing vigorously until the greens are soft. Twenty minutes usually works. Add sprouts, seeds, onion and avocado before serving.