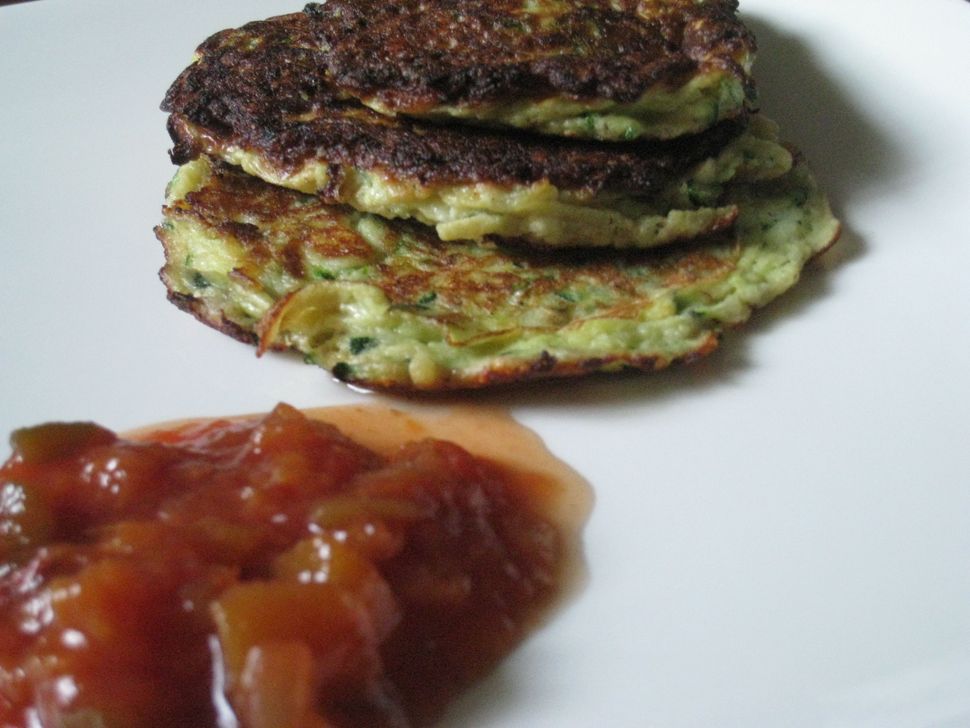 Judith was a pious woman who had a plan to save the Jews by pretending to surrender to an Assyrian general, Holofernes. The Holy Temple in Jerusalem was seized and the Jews could not practice their religion. Judith used her beauty and charm to ingratiate herself onto Holofernes. She brought him her homemade cheese and wine (nothing like food to a man’s stomach) and went back to his tent, for “something something”…. Or so he thought.

Judith hand fed Holofernes her cheese and wine until he was dead drunk asleep. At the most opportune moment, she unsheathed his sword that was by his side and with one swift move, beheaded him! Quickly, she wrapped his head in a cloth and ran out of town. When she returned to her town of Bethulia with Holofernos’ head, the Jews were emboldened by her act and that galvanized the Maccabees to recapture the Holy Temple and rededicate themselves to their holy services.

While Ashkenazi Jews have the custom of eating potato latke fried in oil, because potatoes grew in abundance in eastern Europe, Mizrachi Jews (Eastern or Asian origin), of which I am, eat a variation of latkes – mainly, but not exclusively consisting of any of the following: spinach, cauliflower, leeks or zucchini. It really depends from which country you originally came from and what grew indigenous there. Nice to know that they were eating to the seasons and cooking with what was grown locally. Yet there are more traditions behind the “Festival of Lights” than eating foods fried in oil. My version of latkes is made with Zucchini and Parmesan cheese to pay homage to a brave woman who wooed a dangerous general with her cheese!

These zucchini fritters inculcate the story of Hanukkah with green rope like strands sizzled in olive oil commemorating the miracle of the oil and has a touch of Parmesan to honor the ultimate feminist Judith for her courageous acts. For an extra punch, I suggest dipping the fritters into a salsa, which adds a delicate piquancy to these light zucchini fritters.

Directions
Makes 12 fritters
1. Squeeze the zucchini in a dishtowel to remove any excess water, then combine with Parmesan, eggs, flour and salt and pepper to taste.
2. Heat enough oil to cover the base of a large frying pan. Add 2 tablespoons of the mixture for each fritter and cook 3-4 at a time. Cook for 3-5 minutes on each side until golden. Drain on paper towels and serve warm with a spoonful of salsa.

Dahlia Abraham Klein is publishing her vegetarian cookbook, Silk Road Vegetarian; Gluten Free and Vegan Recipes for the Mindful Cook (forthcoming by Tuttle in Spring 2014) inspired from her Central Asian heritage utilizing seasonal ingredients. She conducts Rosh Chodesh Challah groups teaching and kneading the spiritual significance of each ingredient used and tying it in with the festival of the month. You can learn more about her and find her recipes at silkroadvegetarian.