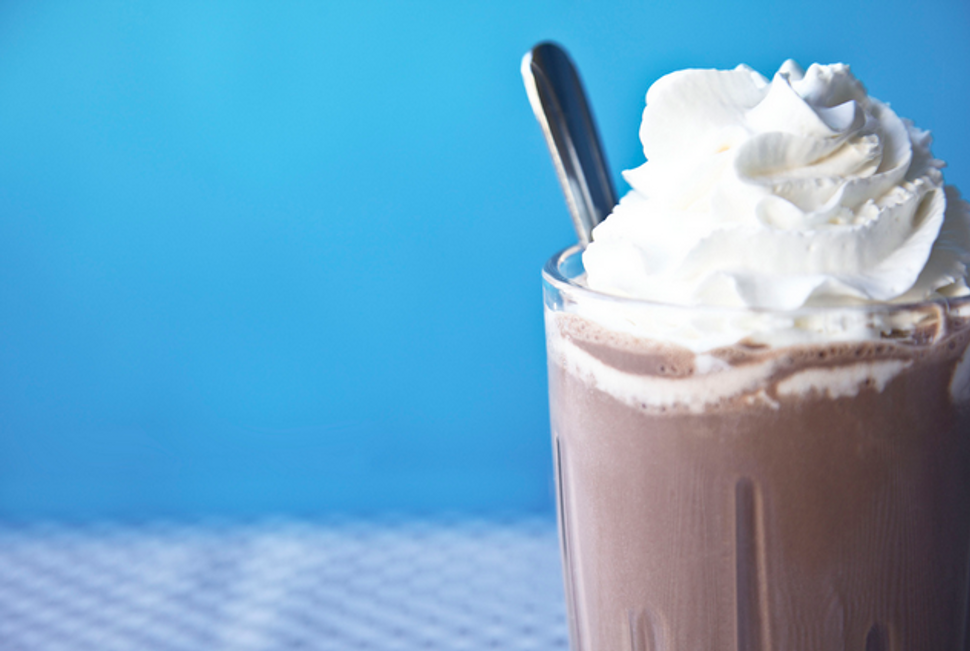 On the 4th of July, which this year falls on the Sabbath, I plan to celebrate the Jewish role of Revolutionary-period chocolate in North America with a homemade, refreshing, frozen hot chocolate. I recommend that you do the same.

Drinking chocolate became a very popular substitute for politically incorrect tea in the Colonies around the time of the 1773 Boston Tea Party. Several Sephardi Jewish community leaders such as the Gomez family of New York City and Aaron Lopez of Newport, Rhode Island, participated in this campaign. They, along with others, engaged in the manufacture, retail and consumption of cacao and chocolate.

By the time of the Revolution, Aaron Lopez was running 30 trading vessels from Newport, making him the richest resident there. His contribution to the construction of the Touro Synagogue was so substantial that he was honored to lay a cornerstone. Lopez used chocolate at Passover and distributed it as tzedaka, or charity. Historian Jacob Rader Marcus described it this way:

Aaron Lopez … saw food processing as ancillary to his involvement in the coastal and West Indian traffic … The chocolate he secured through outwork was destined for local and North American consumption.

In 1779, Lopez described the revolution’s hardships on his neighbors, noting that though they lacked basic food, at least they had chocolate:

The Jews in particular were suffering due to a scarcity of kosher food. They had not tasted any meat, but once in two months. Fish was not to be had, and they were forced to subsist on chocolate and coffee.

In New York City, five relatives in two generations of the Gomez family enjoyed chocolate connections. The extended Gomez clan led the Sephardi and civic community of New York. At , they enjoyed the most prestigious seats. The affluent Gomez family’s donation was the highest of any single contribution. The vast majority of the 25 Sephardi members of the board of Shearith Israel were Gomezes.

In particular, stands out — not only for her retail advertising but also as the only known woman to manufacture chocolate in the colonies. Rebecca plied her wholesale and retail chocolate made at the “Chocolate Manufactory” at Ann and Nassau streets in lower Manhattan. When her husband, Mordecai, died in 1750, he left several chocolate accoutrements in his estate inventory, including “16 chocolate cupps [sic], whole and broken, 1 chocolate pott [sic]; 2 boxes Chocolate 50 lbs each and 6 Surnis (840 pounds) Coco [sic] [Surinam],” suggesting that he enjoyed chocolate for both personal and commercial purposes. The Gomez family’s endeavors in chocolate exemplified the general popularity and availability of chocolate during the period, as well as Sephardi interests in this market.

These 18th-century Jewish North American entrepreneurs dipped deeply into the chocolate businesses of their day and relished their chocolate. They contributed to pioneering cacao and chocolate enterprises. This July 4th, join me in raising a frozen hot chocolate to shout out l’chayim to these revolutionary chocoholics.

The cinnamon in this recipe percolates the flavors back to the North American Colonial period.

Makes 2 to 2½ cups, enough for 1 to 8 people, depending on the size of the portions.

1) Break the chocolate into small pieces and place it in a glass bowl over simmering water, stirring occasionally until melted.

2) Add the cocoa, stirring constantly until thoroughly blended. Remove from heat and slowly add ½ cup of the milk and cinnamon. Stir until smooth. Cool to room temperature.

3) In a blender, place the remaining cup of milk, the room temperature chocolate mixture and the ice. Blend on high speed until smooth and the consistency of a frozen daiquiri.

Rabbi Deborah R. Prinz lectures about chocolate and Jews around the world. Her book, “On the Chocolate Trail: A Delicious Adventure Connecting Jews, Religions, History, Travel, Rituals and Recipes to the Magic of Cacao” (Jewish Lights) is in its third printing. A second edition will be available in 2016. The book is used in adult study, classroom settings, book clubs and chocolate tastings. Prinz blogs at The Huffington Post, The Jewish Journal, On the Chocolate Trail and elsewhere.

An earlier version of this article appeared in ReformJudaism.org