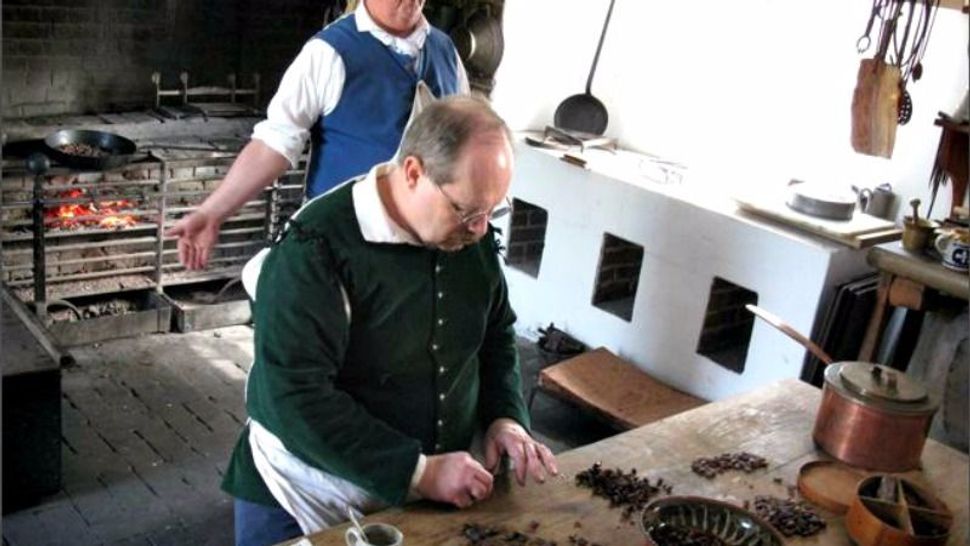 ​Chocolate was a Jewish immigrant food to the American Colonies, so you can build on those chocolatey Jewish roots when planning your 4th of July menu — starting with the Colonial Jewish-American Chocolate Cake recipe below.

In many cases, the resilience of Sephardi immigrants was interwoven with that of chocolate, a New World food. Readily available in North America, chocolate provided survival and sustenance for Jewish colonists. About this period, American-Jewish historian Jacob Rader Marcus noted, “Jewish shopkeepers specialized in cocoa and chocolate, which they secured in large quantities from their co-religionists in Curaçao…. Chocolate in fact may have been a Sephardic-Jewish specialty….” [1]

The chocolate trade — both its production and its consumption — parallels the migrations of Jewish refugees, beginning with Sephardic Jews of Iberian descent in the 16th and 17th Centuries. Out of necessity, Sephardi Jews sought refuge in distant locales, yet stayed in touch through trade; chocolate played a crucial role in deepening those ties and providing opportunities for success in the Colonies.

Sephardi- and later Ashkenazi-Jewish merchants in the colonies imported, wholesaled and retailed cocoa beans. They also prepared and consumed the local beverage. The Colonial American-Jewish chocolate trade began in New York in 1701, based on the first-known business record of the Jew Isaac Marquez, who imported chocolate in New York. [2] Jews such as Aaron Lopez, the Gomez family and others were familiar with chocolate, proficient at trading the beans, and able to turn those beans into chocolate. When these Sephardim died, their estates included supplies of cocoa beans, chocolate grinding equipment and appurtenances for chocolate consumption. In the Colonies the chocolate of Sephardim contributed to the growth and sustenance of the nascent Jewish-American community.

The earliest known Jewish cookbook in America — from 1871 — by Esther Levy, is titled “The Jewish Cookery Book, on Principles of Economy.” It includes this recipe, which we have updated, for a perfect July 4th chocolate cake:

3) Melt the chocolate in a large heatproof bowl set over a pan of simmering water; remove from the heat to cool.

5) Pour the batter into the prepared pan. Bake for 30 minutes. Cool in the pan. To serve, cut into wedges.

3] Esther Levy, The Jewish Cookery Book, on Principles of Economy, adapted for Jewish Housekeepers with the addition of many useful medicinal recipes and other valuable information related to housekeeping and domestic management (Philadelphia, PA: W. S. Turner, 1871), 94. This is the first known American Jewish cookbook.

Deborah R. Prinz lectures about chocolate and culture around the world. The second edition of her book, “On the Chocolate Trail: A Delicious Adventure Connecting Jews, Religions, History, Travel, Rituals and Recipes to the Magic of Cacao” (Jewish Lights) is scheduled for fall of 2017. She co-curates an exhibit about Jews on the Chocolate Trail for Temple Emanu-El’s Herbert and Eileen Bernard Museum, New York City.