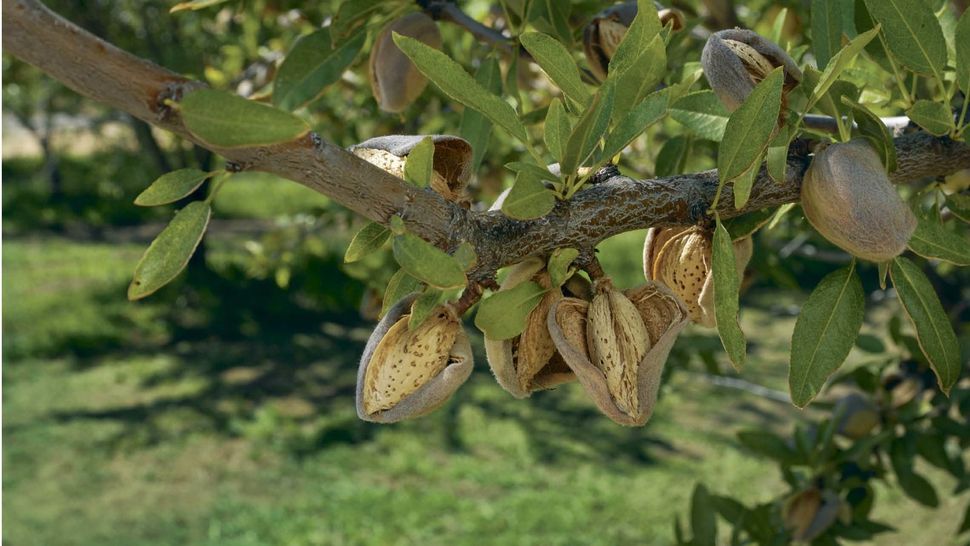 The almond tree is blooming
And the golden sun is shining.
Birds atop each roof
Bless the arrival of the festival.
Tu B’Shvat has arrived
The festival of trees.
—Levin Kipnis

Long before anybody had heard of National Arbor Day, Jews had Tu B’Shvat, the New Year for Trees.

The holiday is but one of four new years commemorated on the Jewish calendar. We all know about the first day of Tishrei — Rosh Hashanah — traditionally believed to be the date on which the world was created. We also have the first of Nisan, used for counting the years of the reigns of kings in ancient Israel, and the first of Elul, similar to our tax day on April 15, used to determine the start date for the annual tithe to the priestly class.

Recipe: Homemade Date Honey
The Disappearance and Return of the Date Palm
Wheat, Whiskey and Women

Tu B’Shvat, on the 15th of the month of Shvat (the “T” and “U” equate to the numbers 9 and 6, respectively), was originally designated for the purpose of calculating the age of trees both for harvesting and tithing purposes. The Torah prohibits fruit from being eaten during the first three years of a tree’s growth, but on Tu B’Shvat we eat the first fruits of the fourth year, as well as samples of the seven species mentioned in the Torah (wheat, barley, grapes, figs, pomegranates, olives and dates.)

Even though almonds aren’t included among the seven species, their trees blossom at around the same time in the month of Shvat (roughly February), so the holiday has evolved over time to include the nuts in its menu of delights.

The nut’s exclusion from the seven species doesn’t mean that it doesn’t have any provenance among the tribe. In the Torah we learn that after the destruction of Korach and his followers, Moses instructs Aaron and the 12 tribal chieftains to place their staffs in the Ohel HaEdut, which translates to “the tent of the pact.” The next day they discover that Aaron has “brought forth sprouts, produced blossoms, and borne almonds.” (Numbers 17:23) It is generally understood by the rabbis that this miracle demonstrates God’s approval of Aaron as the high priest.

While its origin is a little fuzzy, it is believed that the almond was first grown in China and Central Asia. Over the following centuries it traveled the Silk Road westward to the Mediterranean, where it flourished. Hence the song at the beginning of this story that extols the almond tree in Israel.

Botanically a stone fruit, the almond is related to the cherry, the plum and the peach, but, unlike its cousins, the delicious nut is found inside the fruit. Archaeologists have determined that almonds were so loved in Egypt that they were baked into breads for the pharaohs.

In the mid-1700s the Franciscan padres brought the almond tree with them to California from Spain, but it wasn’t until the following century that they were successful in getting the trees to grow reliably. By the turn of the 20th century, the almond industry was firmly established in the inland Sacramento and San Joaquin areas of California. Today, California is the only place in North America where almonds are grown commercially, and they are the state’s largest tree nut crop, with more than 450,000 acres dedicated to the almond, accounting for more than 70% of worldwide production.

Jordan Almonds, those candy-coated delights, form part of Mediterranean and Middle Eastern wedding rituals. The first time I saw them was at my brother’s (big fat) Greek wedding, where the bride’s parents distributed little mesh bags of the pastel-colored sweets to their guests. The almonds are said to represent children, happiness, romance, good health and fortune. Interestingly, the bags contain almonds in odd numbers only (usually five), the symbolism being that odd numbers are indivisible — just as the newly married couple should be. Another tradition holds that if an unmarried woman puts a Jordan Almond under her pillow, she will dream of her future husband.

I end as I began, with a poem:

Five sugared almonds for each guest to eat
To remind us that life is both bitter and sweet.
Five wishes for the new husband and wife —
Health, wealth, happiness, children and a long life!
—Attributed to Jill Gerardo

I have loved marzipan at least since I was 9, when for Hanukkah I presented my mother with a berry basket filled with fruit-shaped candies — and then ate most of them myself. Spain, France, Italy and Germany all claim to have invented the confection, although some historians believe that its origins are actually in Persia. Regardless, at the Lower Galilee village of Kfar Tavor you can visit the Marzipan Museum and its five separate departments: the exhibition itself; the factory; the lecture hall, where you can learn all about the product (and taste some of it), the marzipan and chocolate workshop, where you can make your own, and of course, the outlet shop.

1) Blend all ingredients together in a food processor or blender until mixture forms a thick dough.

2) Turn out onto board, and knead for a few turns.

3) Form into a log, and wrap in plastic. Refrigerate for several hours. (Marzipan will keep, well wrapped, in the refrigerator for several months.)

4) Form the mixture into 1-inch balls or cubes, or if you are artistic, into shapes.

Two options for gilding the lily:

1) Pit 24 Medjool dates and fill with a ball of marzipan. Press sides of the date together to contain filling.

2) In a glass bowl, microwave 6 ounces semi-sweet chocolate chips with 1 tablespoon coconut oil for about a minute, adding more time as needed. With a pair of tongs, dip the marzipan balls. Place on a pan lined with foil or parchment paper. Let cool until the shell hardens.