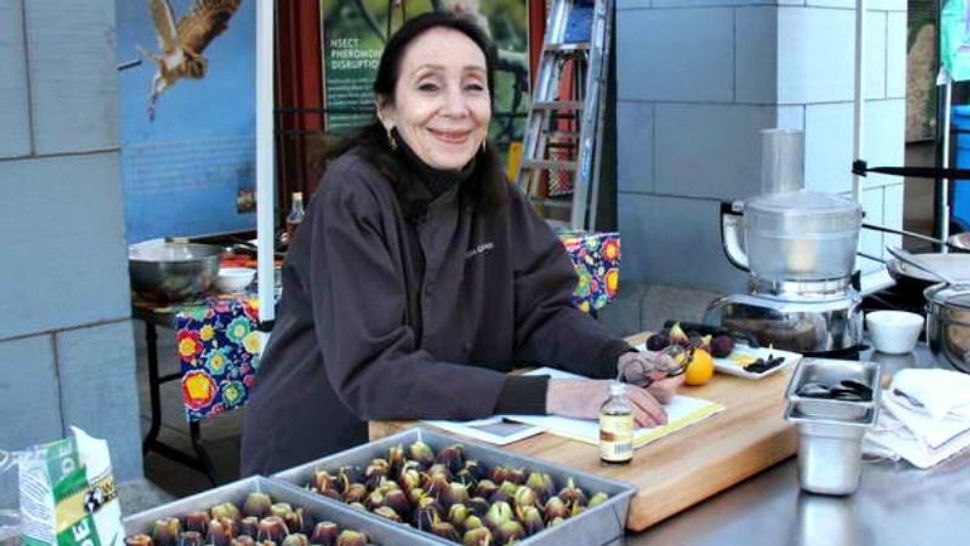 Image by Courtesy of Joyce Goldstein

This is an occasional column in which the writer evaluates a new cookbook by making some of its recipes, sharing the dishes with friends and asking her guests what they think of the results. She recently cooked her way through “” by Joyce Goldstein (U.C. Press).

Chez Panisse alum Joyce Goldstein is a legend in the Bay Area food scene, so I figured going into this Taste Test that her latest cookbook would win us over. But it’s always a relief when high expectations are met.

While this is not specifically a Passover book — and I look forward to cooking from its non-Pesach repertoire — there are many Passover recipes in it, so given its release date it was only natural that we would choose to test those.

With this dinner, our guests were given double-duty: to not only discuss the merits of the recipes, but to consider whether they worked as stand-ins for more traditional Passover fare.

It must be noted that this cookbook follows the dietary laws of Sephardic or Mizrachi Jews, among whom legumes and rice aren’t forbidden on Passover. For Ashkenazim, those foods can easily be omitted from the recipes.

Given that Passover heralds the arrival of spring, and that the San Francisco-based Goldstein is a big advocate of cooking seasonally, I chose a menu that took advantage of what’s in season here now.

We began our meal with a gorgeous Venetian asparagus soup. There’s little in the recipe besides asparagus, potato, veggie stock, butter (or olive oil) and saffron, and the tips of the asparagus are blanched separately and used as garnish along with a sprinkling of chopped pistachios and parsley. Visually, it’s a stunner, with the vibrant green tips and the nuts making a beautiful contrast against the pale puree.

And it tasted just as beautiful.

“Spring in a bowl” was how my husband Paulie described it, with other guests saying how much they loved the various garnishes. It was rich without cream, and the saffron gave it a warm flavor.

Texturally, it was silky perfection, and we all said we would serve it at a dinner party without hesitation. Pondering whether we would serve it as a stand-in for matzo-ball soup, though — well that’s when things got interesting. We all agreed a matzo ball could be put in it, so there’s that. But even Goldstein told me when I interviewed her that at her own Seder, while Sephardic dishes reign, matzo-ball soup is something her family won’t give up. Ultimately, we’re with them. 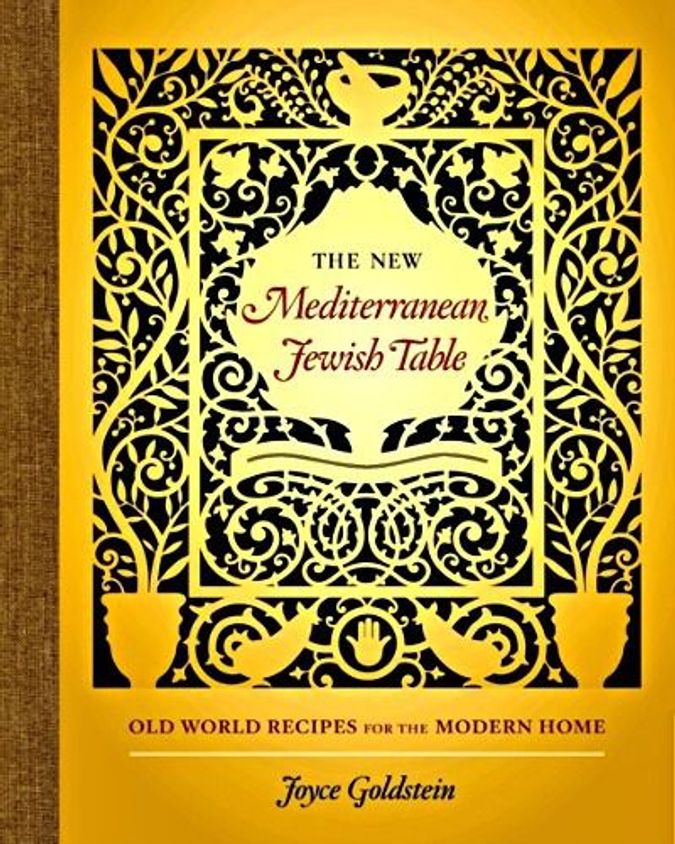 Next we moved on to a Tunisian fish-ball tagine, in which chopped fish is mixed with onion, cilantro, parsley, garlic, harissa, cumin, an egg and matzo meal. (Bread crumbs can be substituted when it isn’t Passover.) The balls can either be poached in a tomato sauce spiked with preserved lemon and harissa or fried and served with aioli. We went the tomato-sauce route, mostly because I love anything with harissa and preserved lemons, and almost always have some on hand.

While to many gefilte fish is synonymous with Passover — and the horseradish served with it is really what makes an otherwise bland dish more exciting — it wasn’t really a fair comparison. One of our guests was new to Jewish food, and we found that trying to describe what gefilte actually is — with its pale-gray color and gelatinous goo — made us realize how unappetizing it can seem. Our friend Suzie called this dish “gefilte gone upscale,” and our friend Gila agreed, noting that it was so much more sophisticated than the original.

Paulie’s one complaint was that the balls didn’t bind as well as they could have; perhaps an additional egg was needed. I felt there wasn’t quite enough sauce to serve with the fish — I would have doubled the amount of tomatoes. Suzie noted that the problem with serving this dish during Passover is the temptation to mop up the remaining sauce with a piece of bread, which, because it wasn’t actually Passover, we did with our challah. We all loved it and would be thrilled to find it on our plates rather than gefilte fish. (You will always have the die-hard traditionalists, who want what they want because it’s what their grandparents made, and I don’t want to take those people on. However, if your guests are more open to experimenting with foods that Jews around the world eat, then by all means, this is an excellent dish to start with.)

Although Miriam (who helped me cook this meal) and I griped a bit about how many pots this recipe required, the results were spectacular. While prepping, Miriam wondered about the amount of green garlic and spring onions — a total of three pounds are used — and she was skeptical about the fact that they are cut into 2-inch lengths (she wasn’t crazy about the way they looked). In the finished dish, however, the onion and garlic melt into the stew and add to an incredible flavor combination. Fava beans are also included, which we used since it’s not Passover. (If you’re Ashkenazi, you can omit them, and the dish will be just fine.) We served the stew over roasted potatoes as if it were Passover.

This dish elicited numerous OMGs at first bite. While most of us were used to brisket on the holiday, we wondered why more of our families didn’t serve lamb, which is equally traditional.

Suzie felt that both spring onions and green garlic are under-utilized, and that this is a great way to honor both. We all felt it could look a little nicer, as slow-cooking dulls the colors of the once-vibrant green alliums, but of course the whole point of a stew is for the flavors to meld, so visual vibrancy is a fair sacrifice. Mint sprinkled on top offered fresh flavor and some brightness. (The favas, if used, also add color.)

For dessert, I served Italian hazelnut cake with its requisite 10 eggs and 1½ cups of hazelnuts (and a bit of matzo cake meal). The cake also has some lemon and orange zest and juice, giving it an added flavor boost.

We all liked it, but not quite the way we loved the first three dishes. We put it into the category of “perfectly lovely Passover desserts,” which often can be a bit boring. On the chef’s end, Miriam and I spent a good 45 minutes — two of us! — getting the skins off so many hazelnuts.

I don’t know exactly what this indicates, but Gila went back for one more fish ball after the cake.

When it came to voting on which two recipes to share in this story, it was a hell of a time. The lamb stew was a given. While the asparagus soup had its fans —if not necessarily for Passover — the fish won out. Since we have permission to post three recipes, here they are. If you don’t want to disappoint the matzo-ball lovers, don’t substitute the asparagus soup. Just be sure to make it sometime during the season because yes, it’s really that good.

After several years of doing these Taste Tests, I find that this may be the most ambitious and exciting Jewish cookbook to come out in a long time. I realize it’s a lofty comparison, but I’d put this into the same category as “The Book of Jewish Food” by Claudia Roden.