How to Create Simple, Delicious ‘Bowls of Plenty’ 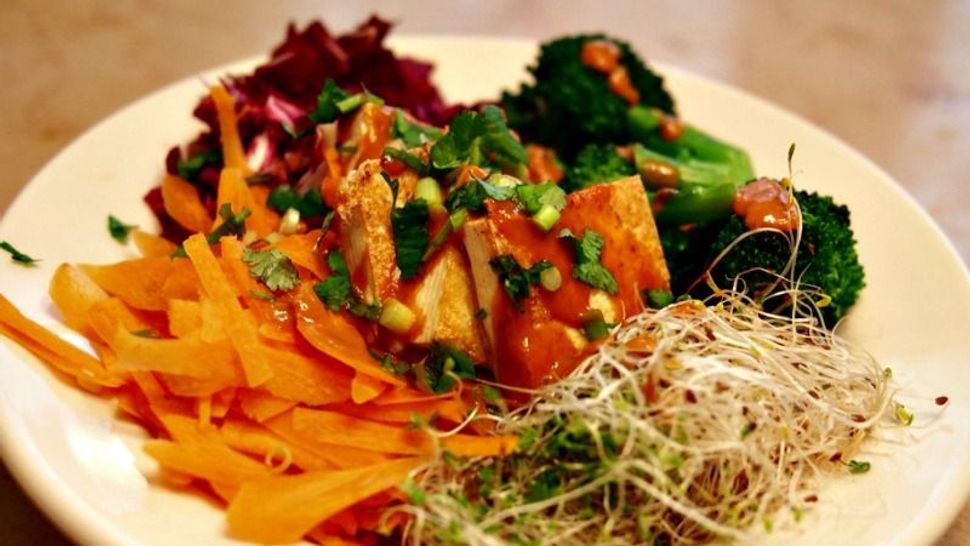 I called this a ‘market plate,’ but it’s actually a market bowl — an excellent culinary concept that Carolynn Carreño explores fully in ‘Bowls of Plenty.’ Image by Liza Schoenfein

This week my teenagers remarked that there was “nothing to eat” in our house, in spite of the fact that the refrigerator was filled with raw vegetables, cheeses, some uncooked lamb and sausages and a slew of condiments, and the cupboards were packed with what seems a somewhat unreasonable number of grains and dried legumes.

Having said that, I know what they mean. There was nothing to grab; nothing to throw on a plate or into a bowl. (Turns out there wasn’t even sandwich bread.)

My fridge is at its best when it’s filled with containers of leftover cooked grains and beans, along with bright roasted and/or steamed vegetables, cold meats and/or seafood, meatless proteins like hard-cooked eggs and marinated tofu and a few simple homemade sauces — peanut, pesto, vinaigrette, aioli…

This is when I, and (one can hope) my kids, can pull a few bowls out of my kitchen cabinet and assemble a vibrant, delicious lunch or dinner in minutes, which makes it a concept worth keeping up with. 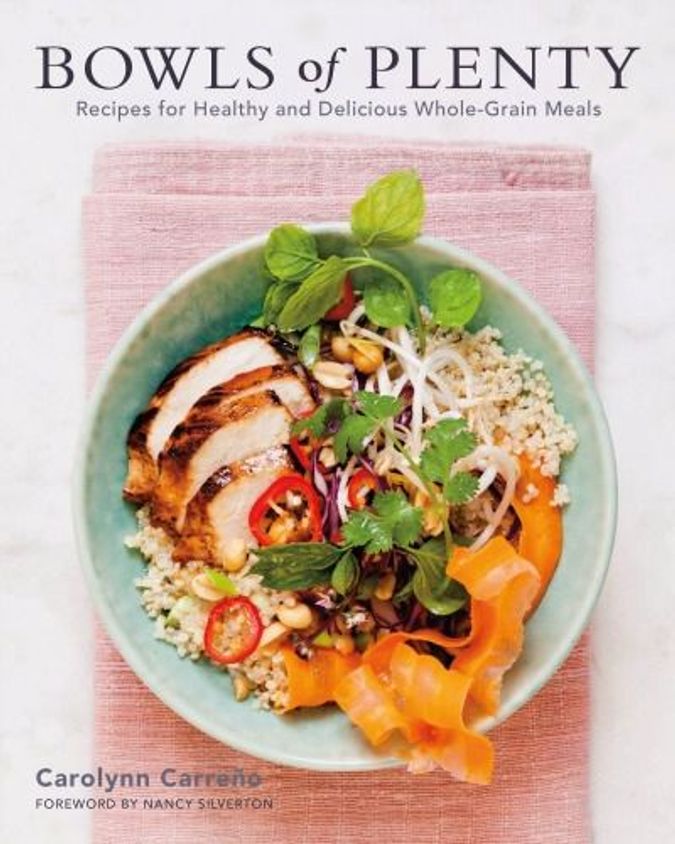 I went through a phase where I cooked/compiled/ate like this often, the photo above being an example of a healthy “clean” meal I kept in rotation for a while.

Reading Carolynn Carreño’s new cookbook, “Bowls of Plenty: Recipes for Healthy and Delicious Whole-Grain Meals,” reminded me of what a good idea this kind of cooking and eating is. Her book is filled with a wide variety of healthful, colorful, textural (and surely tasty) concoctions for breakfast, lunch, dinner and dessert. While the book isn’t the least bit kosher or particularly Jewish, it does have recipes that will appeal to any modern cook, and a few that highlight the flavors of Israel and the Middle East in general, such as pomegranate tabbouleh with crunchy falafel, baba-G and tahini sauce.

There’s also a Moroccan millet with braised root vegetables and harissa, which sounds phenomenal, and a few mix-and-match “build-your-own” sections, including one with ideas for creating your own Middle Eastern bowl.

Carolynn Carreño is both a seasoned, award-winning cookbook author and a relatively unknown one to the general public — her previous books have been written for more well-known food folks such as Pat LaFrieda and Nancy Silverton, who wrote this book’s introduction.

“Bowls of Plenty” strikes me as both inspirational and useful. Once you delve into the idea of compiling meals from a combination of fresh and cooked ingredients, keeping things on hand that can be easily transformed into a meal, and experimenting with a wide variety of flavor combinations, there’s no end to the interesting and varied dishes you — or any resident teens — can create.

How to Create Simple, Delicious ‘Bowls of Plenty’